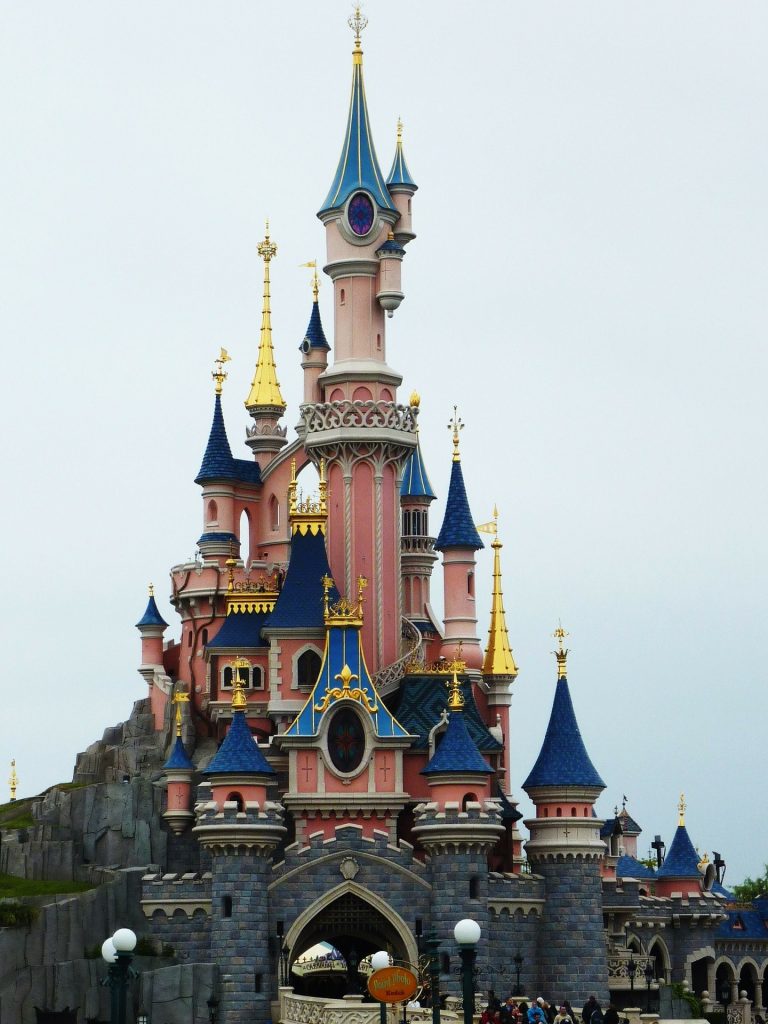 When to visit Disneyland

Here is a rundown of the best and worst seasons to visit Disneyland Paris:

Special Events vary each year (that’s why it’s best to check the official Disneyland Paris website about what is offered during your visit) but there are two that are held each year at the same day: Disney Halloween Party and Disney’s Enchanted Christmas:

Being the original park of the resort, Disneyland Park opened on April 13th 1992. The park, along with the rest of the resort, was plagued with financial problems for at least 20 years and hasn’t unfortunately opened any new attractions since 1994, with Space Mountain: La Terre de la Lune. In spite of this, it is considered the best “castle” park on the planet due to its incredible attention to detail. From the facades of Main Street USA to the hidden corners of Adventureland and the magnificent gardens of Fantasyland, it is obvious that imaginers have done a great work. Many of the headliners, including Big Thunder Mountain, Star Tours, Pirates of the Caribbean and Peter Pan’s Flight got huge refurbishments for the park’s 25th anniversary and now look better than ever!

The official gateway to the park, lets guests walkthrough and experience a town in Middle America, in the 1900s in all its glory. You can also experience the mods of transportation that people used to use in this era such as horse-drawn streetcars!

This elaborate land, left of Main Street USA, pays tribute an American town in the Wild West in the 19th century, called Thunder Mesa.The town that flourished during the Gold Mining Boom, but it’s now abandoned and strange legends are said to haunt it.

This land is focused in the many adventures that Disney characters have faced. Split into 3 themed areas based on Indiana Jones, Pirates of the Caribbean and Aladdin with heavy arabian and indian influences, it is a complete gem and considered one of the best of its kind.

Fastpass offered: Indiana Jones and the Temple of Peril

The place where all Disney fairytales come to life. This is the most iconic land of every disneyland-style park around the world and not for nothing. Here you can soar high above Neverland with Peter Pan, meet your favorite princesses in the Princess Pavilion and even take a joyful tour around the world in It’s A Small World.

Note: Fantasyland closes 1 hour earlier than the rest of the park to accommodate with the firework show behind Cinderella’s Castle.

This area takes the “Tomorrowland” idea a step further. The land fully immerses you in the concept of the stories of Jules Verne that talk about the wonders of human innovation. While the land has lost some of the charm it once had, it is still great.

The sister park of Disneyland Paris opened in 2002. Since then it has received a lot of criticism of lacking the feel of “Disney” and being miniscule. Some of the acclaims are true (Walt Disney Studios park is currently the smallest disney park on the planet but not the one with the least rides) but the park features some very unique and exciting attractions, worth doing at least once. The park will undergo major expansion between 2019-2023 that will transform the Backlot into a full-fledged land based on Marvel Characters, add a brand new lake, expand the current central boulevard and add 2 new lands based on Frozen and the Star Wars franchise. Unfortunately all of these additions and remakes will see the closure of some fan-favorite rides such as the Studio Tram Tour: Behind the Magic and Rock n’ Rollercoaster. So catch them while you still can!

Journey into the world of movies into the Front Lot, the entrance to Walt Disney Studios Park and set the climate for the magic about to unvolve.

Step into the Production Courtyard. Filled with awesome rides, majestic shows and dining worthy of stars, this is the first land that guests run into after Studio 1 and really helps set the tone for the park.

Step into the park’s largest land and join the cast in some of Disney’s greatest animated stories. Shrink to the size of mouse, ride the East Australian Current or go up and down in a paratrooper operation, this land is tons of fun and also has heavy influences from Pixar. The land was formerly known as Animation Courtyard, until 2007.

Crank up the volume in Rock n’ Rollercoaster, see for yourself a stunning car show or experience the special effects from the movie Armageddon, the Backlot is filled with experiences full of adrenaline. The Backlot will be transformed into a Marvel-themed land and will probably close in late 2018 or early 2019.

If you can plan your timing somewhat, you may wish to take advantage of the free FastPass system. When you get to a ride, you can get a so-called fast pass that allows you to bypass the bulk of the queue at a set, later time. Even when the park is only moderately crowded, it’s a good idea to get fast passes for popular rides early (Big Thunder Mountain, Peter Pan and Tower of Terror for example). FastPass exists only for a few of the most popular rides. On non-peak days with low queues they may not bother issuing Fastpasses on some attractions, only issuing them for the two or three most popular rides in the park.

You first go to the Fastpass distribution area near the entrance of the ride, swipe or scan your park admission ticket in one of the machines and receive a free Fastpass coupon with a time frame. You then have to come back in that given time frame to experience the attraction. If you don’t like the proposed time frame, you need to either get in the regular line or come back for a Fastpass later. You cannot take another FastPass ticket before the start of the time frame on your current Fastpass. There is a limited number of Fastpass tickets available each day so you should take them before they are all gone – especially for Big Thunder Mountain, Peter Pan and Tower of Terror.

Note that some attractions which regularly attract long lines such as Crush’s Coaster and Autopia do not offer Fastpass so plan when to visit these attractions with the shortest wait e.g. at the very beginning or end of the day.

Starting October 15, 2018 Disneyland Paris introduced the new SuperFastpass system. This is a prepurchased additional Fastpass option for those with limited time on their hands and wanting to experience everything Disneyland Paris has to offer. Super Fastpass with Family or Big Thrills, Super Fastpass Big Thrills, Ultimate Fastpass One Time Access and Ultimate Fastpass Unlimited Access. They range from €30 low season to €150 high season per person.

The cheapest food on the premises can be bought at McDonald’s. Unsurprisingly, they are much more expensive than any average McDonald’s. The McDonald’s in Disney Village is the largest in France.

Disney offers various hotels in and around the park. They vary in quality and style. All should offer a free safe to store your valuables during the day, including notebook computers (Laptops). Inquire at the reception. Most are within easy walking distance from the Park

An asterisk (*) indicates hotels that offer point exchanges to members of the Disney Vacation Club.

As well as the above, there are several outer hotels, all of these offer transport to the park but they don’t have a Disney theme and may not be included in special offer packages.

One such hotel is the Holiday Inn, which is situated alongside the official Disney hotels. It is also served by the Disney bus from Charles de Gaulle airport, and by the frequent shuttle buses to/from the parks. It has a circus theme throughout, and has good sized family accommodation.