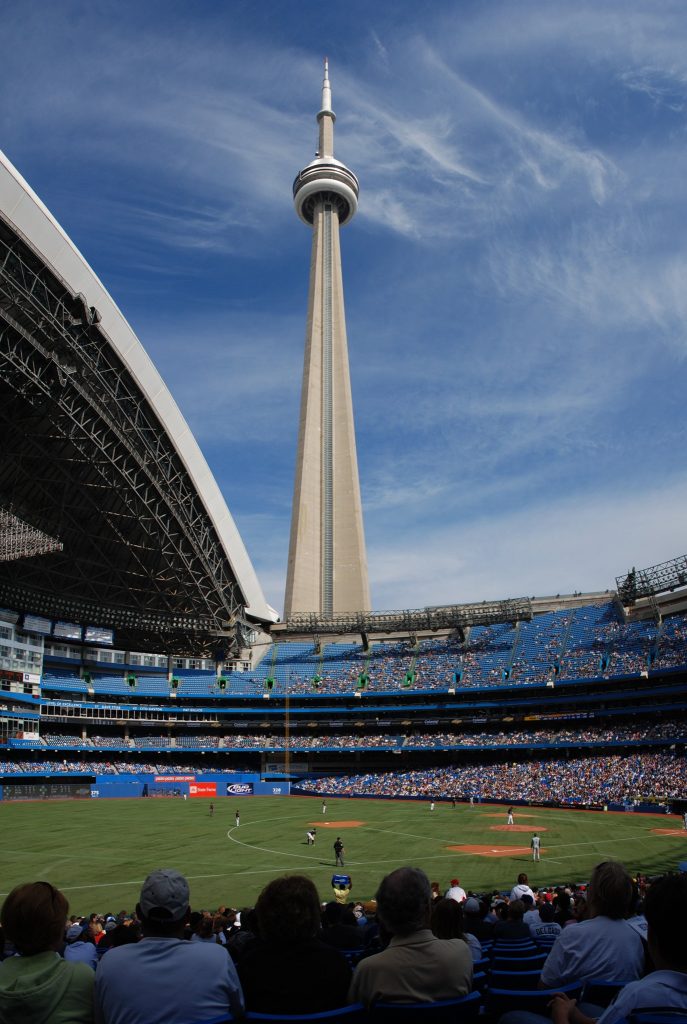 What to do in Toronto, Canada

Just walk. Toronto has so many eclectic neighborhoods that a random walk is fascinating in its own right. You might start in the Downtown area and then try other neighborhoods around the city. You will also find that Toronto is “the city within a park”, with miles and miles of parkland following the streams and rivers that flow through the city. Edwards Gardens and the Toronto Botanical Gardens in the neighborhood of North York might just be the place to start exploring this natural environment. Also the City of Toronto has designated various Discovery Walks which highlight both the natural and human history of the region. These can be found with brown circular signs along the route and highlight other regions such as the Belt Line, Garrison Creek and the Humber River as well as the downtown core. Toronto also has its famous PATH “underground walkway,” which connects the Toronto Financial District, Union Station, and now allows walking indoors from the waterfront up to the Eaton Centre. The PATH pedestrian network has more than 1200 shops, more than the West Edmonton Mall.

Take a free walking tour with Tour Guys to explore the downtown core, or any of the other specialty tours they offer.

Try Lokafy which connects you with a local who is passionate about exploring the hidden gems in and around the city. It’s just like having a friend show you around the city.

Beaches. Toronto has three main sections of beach along Lake Ontario. The most popular of these is in the aptly-named Beaches neighborhood. A less popular alternative is the beaches in the western end of the city in the Parkdale neighborhood; this was once Toronto’s Coney Island, with an amusement park and numerous beach-style attractions; however in the 1950s the city built the Gardiner Expressway along the lakeshore, effectively separating the beaches from the city and causing the demolition of the amusement park; over the years attempts have been made to re-energize this area, but the Gardiner remains a major barrier, as well as a source of noise and pollution to keep away would-be beach-goers. On the plus side, the beaches are largely empty most of the time, providing solitude for those who seek it. The third major beach area in the city runs along the south shore of the Toronto Islands. This area is pleasantly secluded, with most of the islands covered with parkland and a small amusement park. Hanlan’s Point Beach on the western shore of the islands is the City of Toronto’s only officially recognized clothing optional beach, and a popular gay hangout. Despite these options, many Torontonians prefer to leave the city for beach trips; the most popular beaches are those in the Georgian Bay area north of Toronto, Wasaga Beach in particular is very popular during the summer.

The Distillery District. The former Gooderham & Worts distillery lands have been rejuvenated into a pedestrian-only village dedicated to the arts and entertainment. It has fantastic restaurants, festivals, and art galleries.

The Lakefront and Harbourfront, in the downtown core . Biking and walking trails, with an excellent view of the Toronto skyline. The Harbourfront Centre is situated right by the lake, and is home to numerous cultural events of which most are free or relatively inexpensive. Take in some of the world’s most critically acclaimed performing arts productions, or enjoy one of the many world festivals that take place every weekend.

The Toronto Islands. A short inexpensive ferry ride from the foot of Bay St. and you leave the bustle of the city behind. Visually, the views of the skyline from the islands is stunning, and for cycling, walking, picnics or just relaxing, the Toronto Islands are hard to beat. There is even a small amusement park for kids, Centreville. On hot summer days, temperatures here will often be about 2-3C less than the mainland providing relief. By mid-summer the water is warm enough to swim at Hanlan’s Point or for the more adventurous, a nude beach is located nearby.

Comedy. World renowned Second City comedy/improv theatre has a location in Toronto. See great improv and situation comedy performed live with audience participation over dinner and drinks in the heart of the club district of downtown Toronto.

Theatre. Toronto has a great theatre scene for every taste and budget. Check out the big theatres on Yonge Street for the big splashy shows, such as. Small theatres in the Annex and elsewhere offer smaller productions that range from original Canadian works, avant-garde, experimental theatre, small budget musicals to British murder mysteries. A variety of theatre festivals such as the New Ideas, Rhubarb and Fringe festivals are the seed for many commercial success such as The Drowsy Chaperone. Also try to check out the Four Seasons Centre for the Performing Arts, the new home of the Canadian Opera Company and the National Ballet of Canada. The Toronto Symphony plays in the recently acoustically renovated Roy Thomson Hall. TO Tix, located in Yonge-Dundas Square, is the best place to get both full-price advance and day-of discounts on shows across Toronto. They also offer theatre and dining packages, partnering Toronto’s theatre, dance and opera companies with local downtown restaurants and cultural attractions.

Film. Toronto has a very important film scene. Every September Toronto hosts the Toronto International Film Festival (TIFF), one of the most important film festivals in the world. It is also home to a wide variety of independent and cultural important cinemas. The TIFF Lightbox on King street hosts most premiers for the festival but also has year round programming including screenings of independent movies, historically important films, and director and artist talks. Other important venues include the Bloor Hot Docs cinema, which hosts Toronto’s international documentary film festival, Hot Docs, every spring. Like the TIFF Lightbox, the Bloor cinema screens films year round that would not be found in most commercial cinemas. Additionally there are historic repertoire cinemas located around the city that screen second run and independent movies. These include The Revue and The Royal in West Toronto and The Fox in East Toronto.

Music. Like many large cities Toronto has a huge and culturally important music scene. There are thousands of venues around the city to see a show, from small intimate bars to large concert halls.

Canada‘s Wonderland. A big theme park located in Vaughan, 30 kilometers north of downtown Toronto. It is considered one of North America’s premier amusement parks, with more than 200 attractions. The park is open seasonally from May to October.

Little Italy/Portugal Village. Centred at College and Grace, this is the spot to get a sense of the Western Mediterranean. Sit at one of the many coffee shops and watch the world go by on the weekends. A great time to visit is during the men’s FIFA World Cup competition (in football / soccer), regardless of where in the World it is actually being held as both communities face off and rivalries reach a fever pitch. Recently the rivalries have begun to infect adjacent communities and it is now getting to the point that the entire city is being draped in a mind numbing variety of flags once every four years.

Chinatown, is an ethnic enclave in Downtown Toronto with a high concentration of ethnic Chinese residents and businesses extending along Dundas Street West and Spadina Avenue. First developed in the late 19th century, it is now one of the largest Chinatowns in North America and one of several major Chinese-Canadian communities in the Greater Toronto Area.

Little India, on Gerrard Street between Greenwood and Coxwell. If you want to get a sense of Toronto’s vibrant South Asian community, this is where you want to be.

The Danforth, also known as Greek Town, is a collection of Greek restaurants and Mediterranean shops located on Bloor Street between Pape and Broadview. Every year in August, one of Toronto’s largest festivals, the Taste of the Danforth, is held celebrating Greek culture, cuisine, and life.

Koreatown, is composed of the retail businesses and restaurants along Bloor Street between Christie and Bathurst Streets in the Seaton Village section of The Annex.

Since the early 1990s, a Koreatown has also emerged in North York along Yonge Street between Sheppard Avenue and just north of Steeles Avenue. The area comprises parts of North York, Ontario (Willowdale, Toronto and Newtonbrook) and Thornhill, Ontario (Vaughan, Ontario and Markham, Ontario).

The new Koreatown has many retail stores, Korean grocery stores (some quite large), karaoke bars and family restaurants catering to younger Koreans and those living in the north part of the City of Toronto and York Region. A larger proportion of these neighborhoods are recent immigrants or visa students from South Korea.