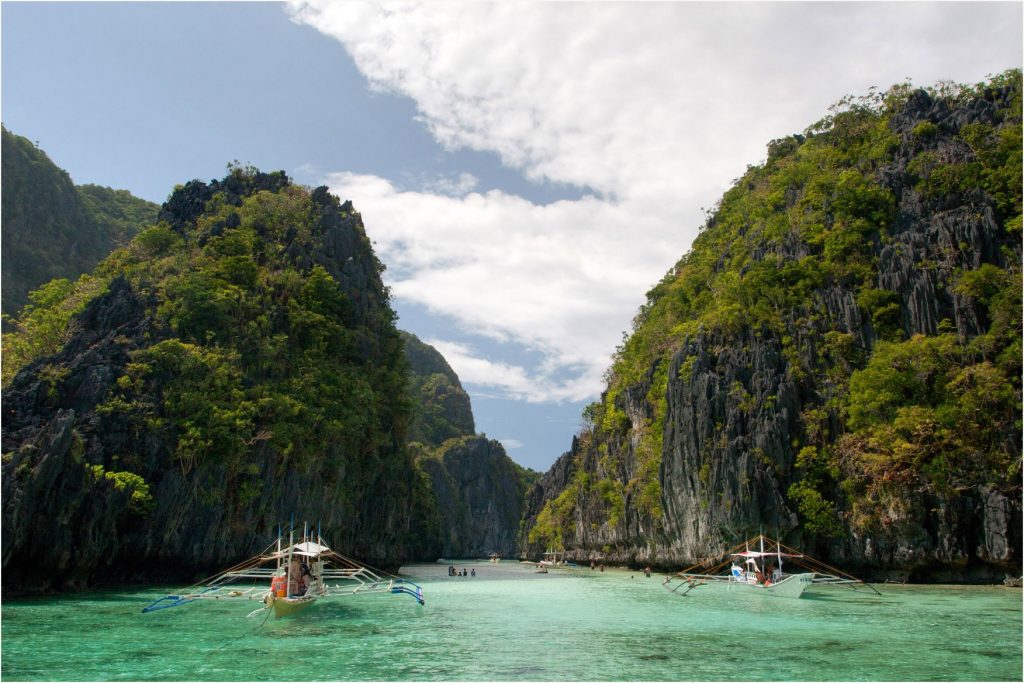 Explore The Philippines an archipelago in South-East Asia of more than seven thousand islands located between the Philippine Sea and the South China Sea at the very eastern edge of Asia.

Many wonderful beaches are just part of one of the world’s longest coastlines and it takes about 20 years to spend a day on every island. Since Spanish colonial times, the country has been Asia’s largest Catholic country. Over a hundred ethnic groups, a mixture of foreign influences and a fusion of culture and arts have enhanced the uniqueness of the Filipino identity and the wonder that is the Philippines.

Several thousand years ago, the first settlers in the Philippines crossed shallow seas and land bridges from mainland Asia to arrive in this group of islands. These were the Negritos or Aetas related to Melanesians, Australian Aborigines and Papuans. Direct descendants of these people can still be found, especially in Negros Oriental.

The climate is tropical, with March to May being the hottest months. The rainy season starts in June and extends through October with strong typhoons possible. The coolest months are from November to February, with mid-January to end of February considered the best for cooler and dryer weather.

The culture of the Philippines is very diverse. There is the native Melanesian and Austronesian culture, which is most evident in language, ethnicity, native architecture, food and dances. There is also some influence from Japan, China, India, Arabia, and Borneo. On top of that there is a heavy colonial Hispanic influence from Mexico and Spain, such as in religion, food, dance, language, festivals, architecture and ethnicity. Later influence from the US can also be seen in the culture.

Philippine laws and court decisions, with extremely rare exceptions, are written solely in US English.

With seven thousand islands, the Philippines have many cities. Listed below are the nine most important cities for visitors, some of which are provincial capitals and centers of commerce and finance, as well as culture and history.

International driving licenses are valid in the Philippines for up to 30 days after arrival, after which an International Driver’s Permit or a Philippine driving license is required. Vehicular traffic in the Philippines moves on the right, and the vast majority of road signs are in English. Most signs conform to design guidelines used in the United States but all units used are metric. Filipinos mainly use manual transmission in their cars; however, if you’re visiting the Philippines, and you’re used to driving an automatic transmission, automatic transmission is available for rental cars, though, it’s typically more expensive.

The Philippines has two official languages: English and Filipino

What to see. Best top attractions in The Philippines.

UNESCO World Heritage Sites: See the spectacular Banaue Rice terraces in Batad and be fascinated at how it was built, see the only successful laid out plan of a European colonial town in Asia; Vigan. The Baroque churches (the Inmaculada Concepción in Manila, Nuestra Señora in Ilocos Sur, San Agustín in Ilocos Norte and Santo Tomás in Iloílo) of the Philippines will amaze you about the European Baroque architecture.

Churches and religious sites: See the Basílica de San Sebastián in Quiapo; the only all steel church or basilica in Asia. A visit to a city’s cathedral is worth it.

Historical Sites: Intramuros, Rizal Park and Blood Compact site in Bohol are worth seeing and will give you a glimpse of the history of the country.

Metro Manila offers plenty of Museums worth visiting and is considered among the bulwarks of culture in the Philippines.

Beaches: Swim through the blue waters of Boracay and El Nido, sunbathe at the beaches of Puerto Galera and Pagudpud or on the remote and very picturesque beaches of Botolan, Zambales.

Eco tour and sustainable tourism: There are various organizations offering that kind of trips. Be aware that because the trip name contains words like Eco/sustainable or responsible do not mean it should be more expensive. It should even be cheaper, considering the fact that local products and services should be promoted. Before booking such trips it is recommended to call the promoter/agency to know where the money go and how local products and services (e.g Local tour guides) are involved. There are various trips organized around the Philippines such as: International Coastal Clean-up, Bataan Pawikan Conservation, Culion & Coron Island Hopping & Clean-up, Sagada Coffee & Eco Tour, Banaue Volunteer & Eco Tour.

What to do in The Philippines.

There are so many things to do in the Philippines and our friend Agness from etramping  has written a nice and detailed guide that will definitely help you plan ahead, so please have a look.
Some nice activities you can try out or places to visit are the following:

Aerial Sports – An annual Hot Air Balloon festival is held in Clark, Angeles in Pampanga, other than Hot Air balloons on display, people gather in this event to do sky diving, many activities are also held other than sky diving and hot air balloons. The Festival is held between January and February.

Bentosa and Hilot are Filipino alternative ways of healing, Bentosa is a method where a cup cover a tea light candle then it flames out and it drains out all the pain on the certain part of the body, Hilot is just the Filipino way of massaging.

Board Sailing – Waves and winds work together making the country a haven for board sailors. Boracay, Subic Bay and Anilao in Batangas are the main destinations.

Caving – The Archipelago has some unique cave systems. Sagada is one popular destination for caving.

Dive – Blue, tranquil waters and abundant reefs make for good diving. Compared to neighboring countries, diving in the country is cheaper. You can explore either on SCUBA or just snorkeling and free diving.

Festivals – Each municipality, town, city and province has their own festival, either religious or in honor of the city or a historical reason.

Golf – Almost every province has a golf course, it is a popular sport among the elite, rich and famous.

Medical Tourism – The Philippines supplies the world with many medical professionals with large numbers leaving the country every year for a better future abroad. This is indicative of the quality of medical education and medical tourism is on the rise too. Most come from America and Europe as compared to their home countries, healthcare here is much cheaper; as much as 80% less than the average price abroad. Most of the hospitals suggested for medical tourism are in Metro Manila. Alternative medicine is also popular with spas, faith healing and other fringe therapies widespread throughout the archipelago.

National Parks – National parks number around 60-70, they include mountains and coral reefs.

Mountain Biking – The archipelago has dozens of mountains and is ideal for mountain bikers. Bikes are the best mode of transportation in getting around remote areas. Some options include Baguio, Davao, Iloilo, Banaue, Mount Apo and Guimaras.

Spas are popular, with many options, Spas are found near beaches, financial capitals etc.

Trekking – Mountain ranges and peaks offer cool weather for trekking and it might give you a sight of the beautiful exotic flora and fauna of the country. Mt. Kanlaon and Mount Pulag are good trekking spots.

Money changers are not so common in the Philippines outside some heavily touristed areas. A rule of thumb: the more currency you wish to exchange, the more favorable the rates can be. Banks on the other hand are widely available to exchange currency but usually impose a minimum amount (usually around US$100) and have limited hours of operation, usually 09:00-15:00 on weekdays.

Be aware that no person is allowed to enter or leave the Philippines carrying more than ₱50,000 (since september 2016) of coins and banknotes without prior authorisation by Bangko Sentral ng Pilipinas. Those who have not gained prior authorisation will have to declare the excess money at the customs desk. However bringing-in any amount in foreign currency is legal but anything in excess of USD10,000 (or its equivalent) must be declared.

Visitors can also use the 6,000 ATMs nationwide to withdraw funds or ask for cash advances.

Credit (and debit) card holders can use VISA, MasterCard, American Express and JCB cards in many commercial locations in the Philippines but merchants would usually require a minimum purchase amount before you can use your card.

Shopping in the Philippines

What to eat in the Philippines

What to drink in the Philippines

Drink the readily available bottled water. Buko (young coconut) juice is also safe if they have not added local ice to it. Be wary also of Buko juice vendors, some usually just add sugar to water.

A little courtesy goes a long way. Filipinos are a very friendly and hospitable people, sometimes even to a fault. Take the time to smile and say “thank you”, and you’ll receive much better responses. You will receive an even better response if you throw in a little Tagalog, such as “salamat”, which means “thank you”. When talking to the people who are usually old enough to be your parents or grandparents in Filipino, it is greatly appreciated to include po in your sentences such as salamat po, thought it also commonly used in formal situations between age peers and brings out the smiles.

Official tourism websites of The Philippines

Watch a video about The Philippines