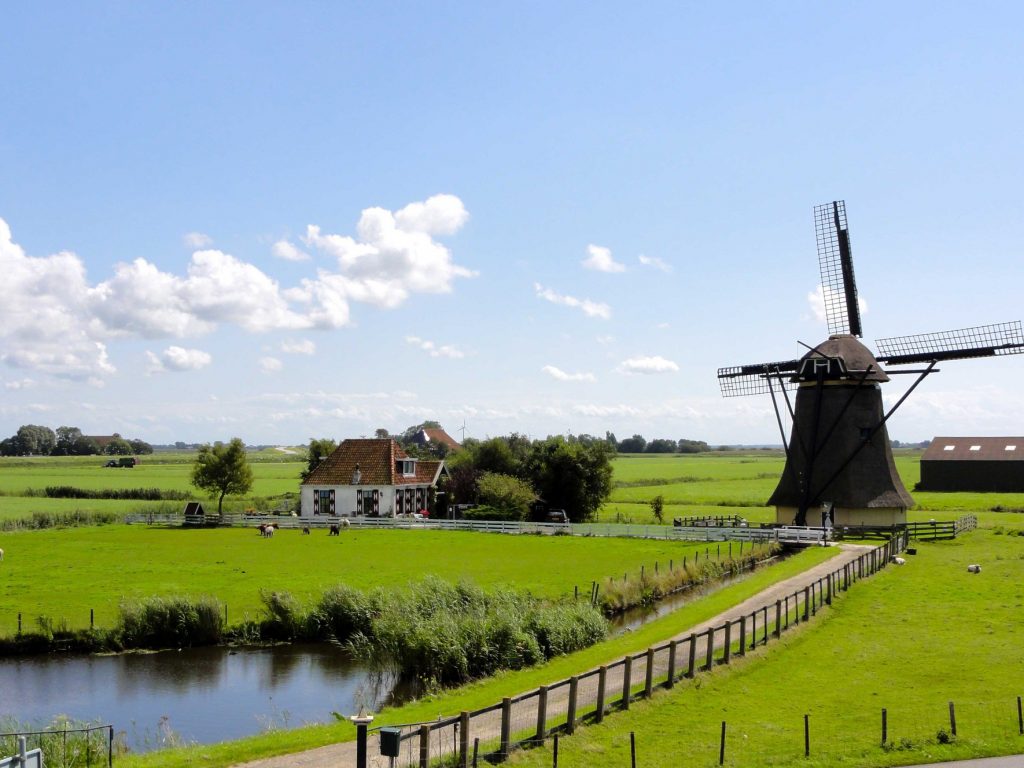 What to eat in the Netherlands

A typical Dutch breakfast or lunch is a simple slice of bread or bread roll with butter and a slice of cheese or ham with a glass of milk or a Dutch coffee (dark, high caffeine grounds, traditionally brewed). The following typical Dutch products are often placed on the bread roll:

A conventional Dutch meal consists of meat, potatoes and some type of vegetable on the side.

As Dutch people usually eat Dutch food at home, most restaurants specialize in something other than local fare. Every medium-sized town has its own Chinese/Indonesian restaurant, often abbreviated as Chin./Ind. restaurant, where you can eat a combination of Chinese and Indonesian dishes. Usually you get a lot of food for a small amount of money. Do not expect authentic Chinese or Indonesian cuisine though, the taste has been adapted for Dutch citizens. These restaurants have been influenced by the Dutch East Indies (currently Indonesia) from when they were a colony of the Netherlands. Typical dishes are fried rice (Indonesian: nasi goreng), fried bakmi (bami goreng) and prawn crackers (kroepoek). A suggestion is the famous Dutch-Indonesian rice table (rijsttafel), which is a combination of several small dishes from the East Indies, not unlike the nasi padang of Indonesia. Most of them have a sit-in area and a separate counter for take-away with lower prices.

Modern Dutch restaurants serve good quality food and are relatively expensive compared with surrounding countries. Most of the time, profit is made from the drinks and the desert, so be careful ordering those if you are on a budget. In the Netherlands, going to a restaurant is generally not seen as a quick way to eat food, but as a special night out with friends or family, which can take a couple of hours. Service fees and taxes are included in the menu prices. Tipping is not mandatory and seen as a sign of appreciation, not as means to make up a tiny salary. In case you do want to tip as a rule of thumb rounding up to the next Euro is normal or 10 percent.

Since 1 July 2008, smoking has been banned in all restaurants, cafes, bars, festival tents and nightclubs. Smoking is allowed only in separate, enclosed, designated smoking areas in which employees are not allowed to serve. Staff may enter such smoking rooms only in emergency situations.

In restaurants the portions of food are not big, because usually people eat 3 dishes (starter, main, dessert). Drinks are served in small glasses and there are no free refills.

In town centres, near public transportation areas or even in more quiet quarters you can find a snackbar, sometimes known as frituur or cafeteria. These snackbars are pretty much the antithesis of high cuisine, but their snacks are considered typical for the country, and many Dutch expats miss them the most when going abroad. The popular Febo chain’s outlets are basically giant vending machines, just slot in a euro or two and take out the snack of your choice.

The most popular snack is French fries, known as patat in most of the country and as friet in the Southern Netherlands. The “standard” way is to order them with mayonnaise (patat met), although the local mayo is not the same as you’d get in France or most of the rest of the world: it is firmer, sweeter and contains less fat, whilst remaining just as unhealthy. Other sauces are tomato ketchup, curry ketchup (unlike regular curry, tastes more like ketchup), Indonesian peanut sauce (satésaus), cut raw onions (uitjes), special (speciaal, a combination of mayonnaise, curry ketchup and optionally cut raw onions) and war (oorlog, a combination of mayonnaise, peanut sauce and optionally with cut raw onions).

The following fried snacks are considered typical for the country as well:

Vegetarians should not have any major trouble. 4.5 percent of the Dutch population is vegetarian and most restaurants have at least one vegetarian option on their menus or can make you one if you ask for it. Most supermarkets sell vegetarian products or even have a part of their supermarket dedicated to vegetarian products. It is advisable to specifically mention what you do and do not eat (meat, fish, dairy, eggs) as not everyone has the same definition of vegetarianism. Finding a vegetarian option in a fast food restaurant might provide more of a challenge. Chip shops that sell veggie burgers are the exception rather than the rule; chips and kaassoufflés are often the only options.