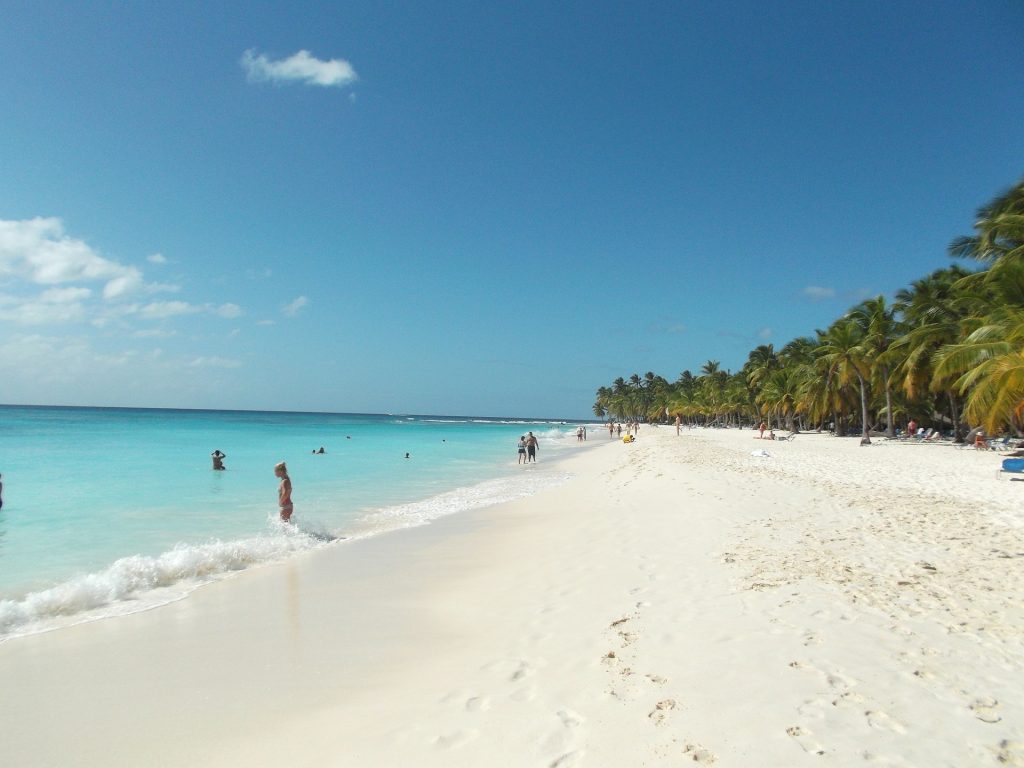 Explore The Dominican Republic, a Caribbean country that occupies the eastern two-thirds of the Caribbean island of Hispaniola. The western one-third of Hispaniola is occupied by the country of Haiti. To the north lies the North Atlantic Ocean, while the Caribbean Sea lies to the south.

After attaining independence in 1844 the Dominican Republic endured many years of a largely non-representative rule until Joaquin Balaguer became president in 1966 holding office until 1996. Today regular elections are held and the Dominican Republic now has an impressive and fast growing economy with tourism playing a major role.

The northern and eastern coasts are dotted with many luxurious resorts however the Dominican Republic has much more to offer than this. There is the wonderful Caribbean music and dance, exotic foods and drink, popular local baseball games, and the remarkable colonial architecture found in the capital Santo Domingo’s Zona Colonial. There are also sugar plantations, small quaint villages and wonderful mountain retreats to explore and enjoy in Jarabacoa and Constanza. If you’re looking for a hassle free holiday that’s big on relaxation then the Dominican Republic is the place to be!

Explored and claimed by Columbus on his first voyage on December 5th, 1492, the island of Quisqueya, named by Columbus as La Hispaniola, became a springboard for Spanish conquest of the Caribbean and the American mainland.

The island was first inhabited by the Taínos, an Arawakan-speaking people who had arrived around 10,000 BC.

Its climate is tropical maritime with little seasonal temperature variation. There is a seasonal variation in rainfall. The island lies in the middle of the hurricane belt and is subject to severe storms from June to October. It experiences occasional flooding and periodic droughts.

Best to attractions in the Dominican Republic

The main airports are:

The official language of the Dominican Republic is Spanish. You will find some Spanish-English bilingual locals, especially in Santo Domingo and tourist areas.

What to see. Best top attractions in the Dominican Republic

One of the best spots in the Colonial District of Santo Domingo to shop is the several blocks long outdoor mall, El Conde Street. It offers everything from street vendors (it is not recommended to eat off these) to knock-off name brand clothing for extremely inexpensive prices. There are some very pleasant outdoor restaurants that serve as perfect spots to people watch and drink Presidente (their most popular beer).

During the day, there are also several touristy shops where you can buy cheap presents for the family back home including authentic paintings and beautiful jewelry. There is also a very nice cigar shop at the end of the mall across from the cathedral. Clothes, however, are generally very economical and often of good quality. Most prices can be negotiated. US dollars are accepted in most areas.

You can also buy things at local shops. All the major cities have streets packed with different shops, shopping malls or huge shops where you can buy all kind of things for a few pesos.

Food in the Dominican Republic is typical Caribbean fare, with lots of tropical fruits, rice, beans, and seafood. Fruit vendors are also very present. They don’t just sell whole fruits; they also cut and prepare them, so that you can eat them right away.

Additionally, other imported drinks are available for purchase—at least in the towns and cities—they might not be as readily available out in the countryside.

Avoid drinking local tap water and only drink bottled water or other beverages. It is important for visitors to stay hydrated in the hot, humid climate.

Sunburn and sun poisoning are a great risk. The sun is very bright here. Use at least SPF30 sunblock. Limit sun exposure.

Dominicans are kind and peaceful people. Attempts at speaking Spanish are a good sign of respect for the local people. Be polite, show respect, and do your best to speak the language and you will be treated with kindness when you explore the Dominican Republic.

Watch a video about the Dominican Republic