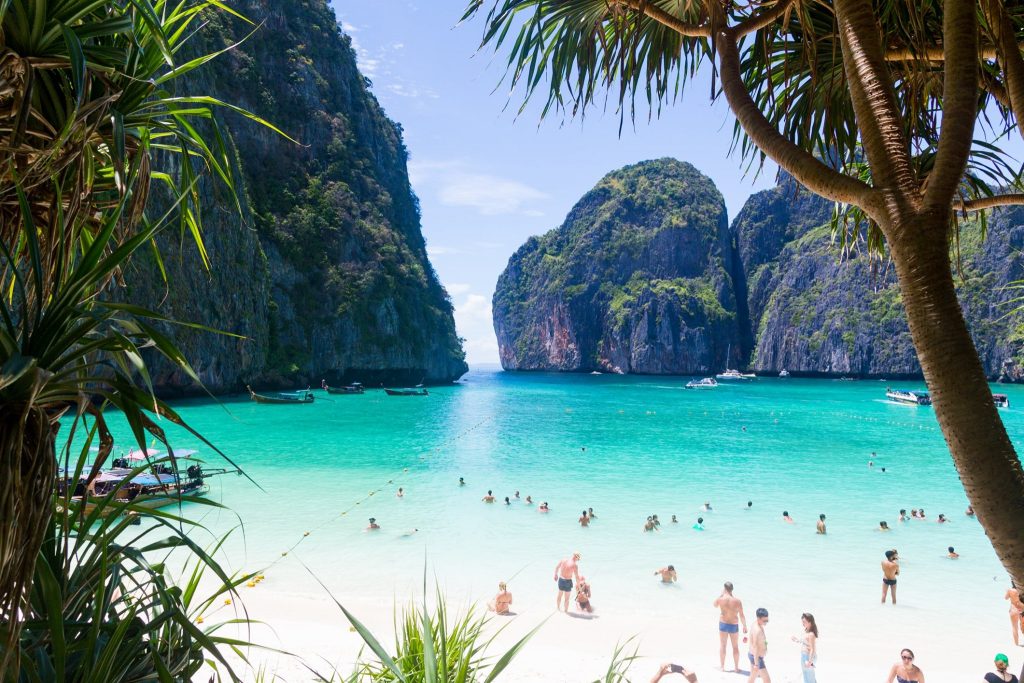 What to do in Thailand

In Thailand, massage is viewed as much more than the physical treatment it often is in the West; it draws on a number of traditions from neighboring countries – including India and China – and has much more of a philosophical, psychological basis. In particular, it combines elements from reflexology, acupressure, and assisted yoga into one all-encompassing method that does much more than simply relax muscles and alleviate pain.

For those who know and appreciate Thai massage – Thais and foreigners – ongoing regular sessions are an important part of their lives, and these massages help alleviate stress and tension, calm one’s mood, restore a sense of balance to one’s life, and invigorate and rejuvenate one’s body. Sessions are quiet, peaceful, and meditative, and a sense of trust and bonding develops between the massage therapist and the client that is an important part of the process. Regular appointments with a compatible therapist are best for optimum results.

Although spas in Thailand did not take off for tourists until the early 1990s, it quickly became apparent that this was an industry tailor made for the Kingdom. Given that there already existed a very deep an extensive knowledge of natural remedies and herbal properties, it was a logical step to make this knowledge available to tourists in venues and locations that were amenable to this market.

Spas and wellness centres now exist throughout Thailand, with the larger and more exclusive ones concentrated in the main tourist destinations of Bangkok, Pattaya, Phuket, Koh Samui, Chiang Mai, and Hua Hin. That said, almost any town or hotel of any size will offer some type of massage, sauna, or spa treatment, which adds great value for tourists to traveling throughout Thailand.

Thailand has quickly become one of the highest ranking spa destinations in the world. Besides traditional Thai massage, there is a phenomenal variety of international treatments, including aromatherapy, Swedish massage and many others. There is usually an option for every budget, varying from extravagant wellness centres in the five star hotels to the ubiquitous little massage shops found on many street corners.

Thailand’s a big enough country that you can find a place to practice almost any outdoor sport. Ko Tao is becoming one of Asia’s great Scuba diving centers, while the Ang Thong National Marine Park near Ko Samui and the Similan Islands also draw the crowds. One of the newest hot spots for diving is Ko Lipe, a small island that is amazingly un-spoilt with great reefs and absolutely stunning beaches. Snorkeling can be done at pretty much at every beach, but coral reefs of the Similan Islands stand out as particularly worthwhile.

While Thailand does not match surf paradises like Bali, surfing does have its place. The waves are generally small, good for longboarding and those wanting to learn to surf. Khao Lak and Phuket’s west coast beaches are among the better ones, but the best waves are to be found at the relatively unknown Ko Kradang at the west coast of Trang Province. Other surf-spots include Rayong and Ko Samui, but the waves of the Gulf Coast are less reliable.

Phang Nga Bay’s gravity-defying limestone formations are usually seen with boat tours, but if you go sea-canoeing, you can get into areas unexplored by the tourist masses. The limestone cliffs of Rai Leh are arguably among the best in the world for rock-climbing.

Wildlife of Thailand has much to offer. From tigers and elephants to monkeys and birds, there are many new species to discover in Thailand. Adventurous and giving travelers can also look into spending time volunteering with animals in Thailand. Another option to enjoy Thailand’s wildlife up close is through the zipline canopy experience, Flight of the Gibbon. Located in Chonburi and Chiang Mai, Flight of the Gibbon invests a portion of their profits in primate re-habilitation, re-forestation projects and ecological education programs throughout Thailand.

Golf arrived in Thailand during the reign of King Rama V one hundred years ago. It was first played by nobles and other elitists of high society, but since then, things have certainly changed. Over the past decade or so, the popularity of golf in Thailand has escalated; played both by local Thais and visiting foreign tourists and expatriates.

Meeting to the recent needs of an average of 400,000 foreign golfers coming to Thailand annually, golf in Thailand has turned into a huge local industry with new courses constantly being churned out. Golf alone is annually bringing an income of 8 billion baht into the local economy. Thailand offers over two hundred courses with high standards. Internationally renowned courses can be found in tourist-spots like Bangkok, Pattaya and Phuket.

There are an abundance of reasons why golf in Thailand became so popular. First, if you compare the cost to most golfing countries in the world, membership and course fees are exceptionally low. The general low cost of travel in Thailand itself makes the country ideal for cost-efficiency minded tourists. Also, many of the golf courses in Thailand have been designed by top names in the game such as Jack Nicklaus, Nick Faldo and Greg Norman.

Thai Boxing (Muay Thai) was the most popular sport in Thailand which is regarded as national martial arts of Thailand. It is a combat sport that uses physical and mental in the fight. Such as punches, knee, forearm, foot, head and body. Boxing is a sport that is very useful in self-defence. It is very popular in Southern Thailand and Surat Thani. Boxing is the art of “Muay Thai Chaiya” that has famous in reign 5-6. Moreover, it has remained Muay Korat (Northeast), Muay Lopburi. Muay Thai camps are offered throughout the country with 1,762 camps. Bangkok has a boxing stage into close contact, such as Lumpini Boxing Stadium Rama IV Road Ratchadamnoen Boxing Stadium.