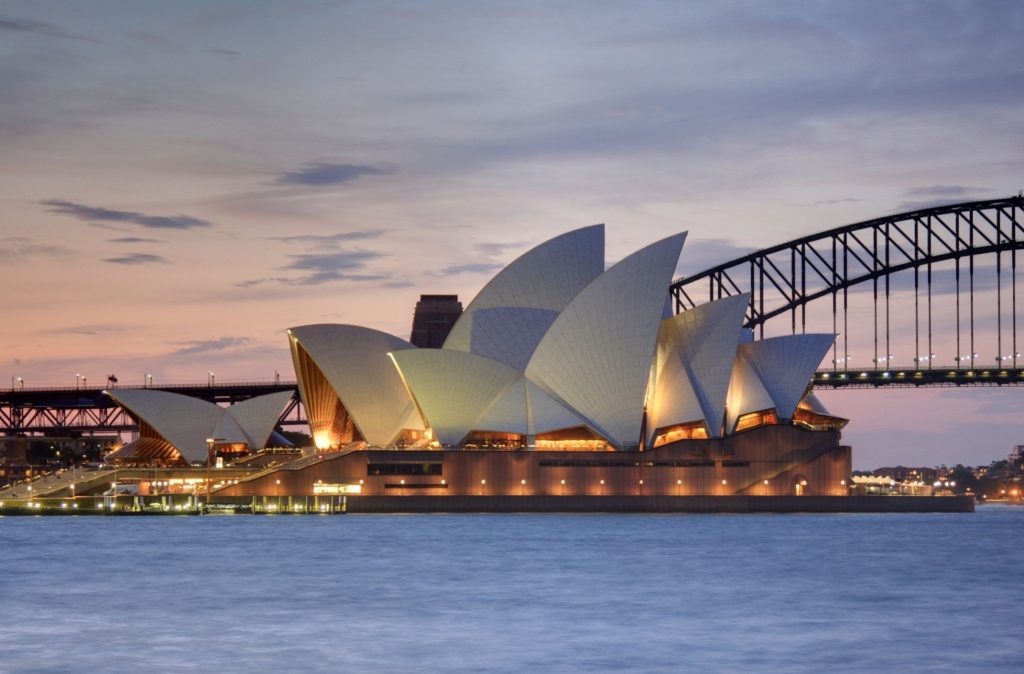 Explore Sydney, which is also  known as the Harbor City. It’s the largest, oldest and most cosmopolitan city in Australia with an enviable reputation as one of the world’s most beautiful and loveable cities.

Brimming with history, nature, culture, art, fashion, cuisine, design, Sydney’s set next to miles of ocean coastline and sandy surf beaches. Long-term immigration has led to the city’s reputation as one of the most culturally and ethnically diverse cities in Australia and the world. The city is also home to the Sydney Opera House and the Sydney Harbor Bridge, two of the most iconic structures on this planet.

Sydney is a major global city and one of the most important cities for finance in the Asia-Pacific. The city is surrounded by nature and national parks, which extend through the suburbs and right to the shores of the harbor. It could be said that the tyranny of distance has shrunk in recent times. Sydney is now only a flight away from some of the fastest growing and largest economies in the world. This has increased the profile of the city, admired for its clean environment and fantastic weather.

Some evidence suggests that humans inhabited the area of Australia that would later become Sydney almost 50,000 years before the first European settlers arrived. How those first people arrived in Sydney still remains an unsolved mystery.

Today, Sydney is home to over four million “Sydneysiders.” It is considered one of the most diverse cities in the world, with more than 40% of the population originally hailing from outside Australia. Its comfortable climate, iconic structures, beautiful beaches and exotic wildlife have all combined to help make Sydney one of the world’s most popular tourist destinations.

Sydney is comfortable for travellers to visit any time of year. The city enjoys over 300 sunny days each year.

Sydney’s skyline is large and widely recognizable. Sydney also possesses a wide array of diversity of modern and old architectural style. They range from the simple Francis Greenway’s Georgian buildings to Jorn Utzon’s Expressionist Sydney Opera House. Sydney also has a large amount of Victorian buildings, such as the Sydney Town Hall and the Queen Victoria Building. The most architecturally significant would be the Sydney Opera House, the Sydney Harbor Bridge, among many others. Skyscrapers in Sydney are also large and modern. Sydney Tower rises above the rest of the Sydney skyline.

Sydney’s passion is horse racing. One of the biggest races in Australia, the Golden Slipper, is featured every March.

The public transport system consists of commuter rail, bus, ferry and light rail. Combined, they can get you virtually anywhere in the metropolitan area.

If you are in a group, you may need to hire a minibus. Minibuses have 8, 12 and 21 seat options. 8 & 12 seat minibuses can be driven with a regular driver’s licence. Most minibus companies offer pickup and drop off at Sydney Airport using a “meet & greet” service.

If you are a fit and experienced urban cyclist, used to riding on multi-lane roads in heavy traffic, then just get on your bike. Cyclists are permitted just about everywhere on Sydney’s roads, except for of some freeway tunnels where bicycle signs will usually direct you to the alternative route.

Sydney is one of those cities that invites tourists to custom-design their sightseeing. Unlike many cities throughout the world, Sydney is not a city where people come to see “X” or experience “Y.” That’s because Sydney is home to museums, cafes and restaurants, shopping and historical sites. It can be explored both on foot and via the water. While all of Sydney has sights worth visiting, much of its glory is housed in the City Centre. Here, visitors can choose to start their visit with a journey back in time at The Rocks, site of the first European settlement in Australia.

What to see. Best top attractions in Sydney, Australia.

Most stores will accept VISA/Mastercard credit cards – generally only some smaller stores are ‘cash only’. However, it is not uncommon for some smaller stores not to accept card payments for small amounts, or to charge a surcharge. American Express is generally accepted only at larger stores.

Main department stores and specialty stores open around 9am and close around 6pm, staying open until 9pm on Thursday. On Sunday expect them to open around 10am in the suburbs, and around 11am in the city centre, and to close at 5pm. There are a few locations where you will find shops opening a little later, such as Darling Harbor which is open until 9pm every weeknight.

Large supermarkets will be open from 6am until midnight, but many are open later, some even 24 hours.

Many convenience stores, fast-food restaurants and petrol stations within the Sydney metro area are open 24 hours a day.

Banks will usually only open weekdays, with only an occasional branch opening Saturday morning. Travel agents (not including booking agents in tourist areas) close on Sundays.

What to buy in Sydney

What to eat in Sydney

What to drink in Sydney

The Australia-wide emergency number is 000, with the ambulance service, fire department and police being available through this number.

The biggest thing to remember when swimming at any Sydney beach is swim between the yellow and red flags. These flags are placed by the lifeguards and indicate the safest place to swim at the beach away from dangerous currents.

Sydney ocean beaches all have shark mesh nets around 100 metres out to sea, and are regularly patrolled by air for sharks. A shark alarm will sound if any are sighted, and you should get out of the water.

There is a number of good one or two day trips from Sydney:

Watch a video about Sydney