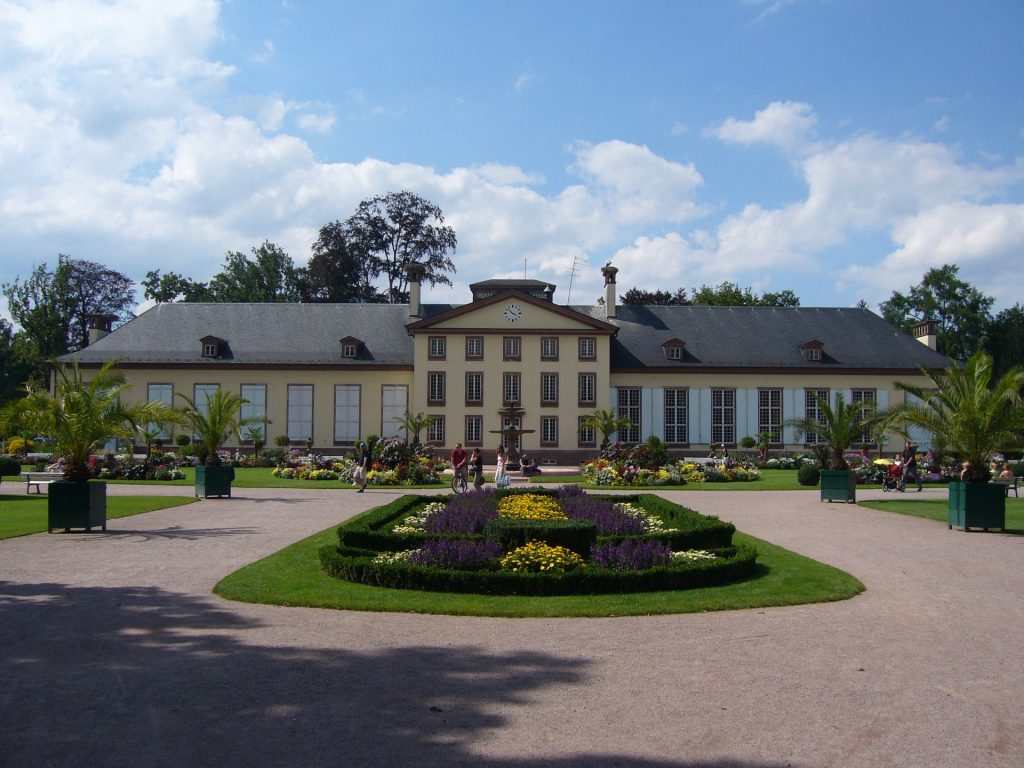 Explore Strasbourg the capital of the Alsace region of France which is most widely known for hosting a number of important European institutions. It is also famous for its beautiful historical centre – the Grande Île – which was the first city centre to be classified entirely as a World Heritage Site by UNESCO.

Strasbourg is located on the west bank of river Rhine, and has occupied a strategic position in the Upper Rhine Valley since prehistory. It was already settled from 1300 BC onwards, and developed into a Celtic market town named Argentorate. The Romans conquered the area around 12 BC, and renamed it to Argentoratum, and it developed into an important military base or castra, stationing the 8th Legion from 90 AD onwards.

After the fall of the Roman Empire, the Alsace was occupied by the Alemanni, a Germanic tribe, who eventually were absorbed into the Frankish empire. Somewhere in the Early Middle Ages, the town must have changed its name to Stratisburgum. After the split of the Frankish Empire in the 9th century, the Alsace became part of the Holy Roman Empire, and it stayed within the German empire until the 17th century, even when Strasbourg obtained the status of Free City in 1262.

Strasbourg was the site of one of the worst pogroms of the Middle Ages in 1349, when over a thousand Jews were publicly burned to death, and Jews were discriminated against and prosecuted until well into the 18th century.

Strasbourg was one of the first German cities to embrace the protestant, Lutheran faith in the early 16th century. Because of this, it became a centre of humanistic learning and book printing; the first newspaper in Europe was printed in Strasbourg. In 1681, the city was annexed by the French king Louis XIV, who profited from the chaos following the 30 Years’ War in Germany. However, unlike in the rest of France, the protestant faith was not outlawed. Strasbourg’s status as a free city ended with the French Revolution.

After the French-German war of 1870, the Germans annexed the city and applied a policy of Germanisation, leading to the exile of those preferring to stay French. After the German defeat in World War I, the city returned to France, and now it was the turn of the French to try to eradicate the traces of German occupation. During the Second World War, the Nazis considered the Alsatians as fellow-Germans, and many were forced to fight in the German army – a situation that led them to be falsely accused of collaboration after the war.

Today, Strasbourg is the ninth largest city of France with nearly half a million inhabitants in a metropolitan area spanning across the river into the German city of Kehl, on the eastern bank of the Rhine. The city itself is the seat of the Council of Europe, the European Court of Human Rights, the European Ombudsman, the Eurocorps, the European Audiovisual Observatory and, most famously, the European Parliament, which also holds sessions in Brussels.

The historic town centre is small enough to be easily explored on foot, but for longer distances you can use the excellent tram and bus network. Biking is also a good option, with no hills to climb and biking lanes in many locations.

Strasbourg is a popular tourist destination primarily thanks to its beautifully preserved and pedestrian-friendly city centre, which can easily be explored on foot or by bicycle. Some areas however, especially around the cathedral, attract large tour groups, especially in Summer and during the Christmas holidays. They are better explored outside peak hours, in the evening or early morning.

What to see. Best top attractions in Strasbourg, France.

Every first Sunday of the month, entrance to all museums is free of charge.

Petite France is the name given to the small area between the rivers, just south of the Grande Île. It is home to some of Strasbourg’s prettiest and most photogenic streets and buildings, with half-timbered townhouses (maisons à colombage) leaning out over the narrow cobbled streets. Petite France resembles Colmar (a city an hour south), with picturesque canals and half-timber houses.

The tourist office sells a variety of self-guided walking tours through the town (Middle Ages, Renaissance, Modern and Contemporary), and also arranges bike tours through the Faubourgs (the suburbs of Neudorf and Neuhof). Maps, brochures and last minute accommodation are also available.

Water-bus tours are available near the Palais des Rohans (south of the cathedral). Those tours (about 45 min.) run around the town center and the European district.

Even when there are no special events on in Strasbourg, a rare occurrence, walking around the old town is a very nice way to pass a day. Make a point to go into the churches and take a look at the historic art and organs. Sometimes you can hear an organ or choir rehearsal happening and the doors are usually unlocked. And there are lots of good cafes to stop and rest in as you make your tour.

Alsatian specialties are numerous and can be eaten in many traditional restaurants, in the city or in the neighborhood. Particularly you shouldn’t visit Alsace without having the sauerkraut (choucroutein French). This is brought to you is heaping plate of Sauerkraut (big enough for 2 people) as well as sausages and other meats. This is usually translated as “garnished sauerkraut” on English menus, when in doubt ask your server. Other specialties include the Alsatian pork-butcher’s meat, Flammeküche or flams (tartes flambées in French) which is a sort of wafer thin pizza made with onion-cream sauce, Baeckeoffe, beef and pork stew cooked, with potatoes and carrots, usually served for two or more persons and Fleischnackas, mixed beef meat presented like spirals and served with salads.

Alsace is the first beer-producing region of France and Strasbourg has many breweries. Best known are Kronenbourg and Fischer. The only large independent brewery left in Alsace is Meteor producing pils, lager and specials on christmas and spring.

Watch a video about Strasbourg