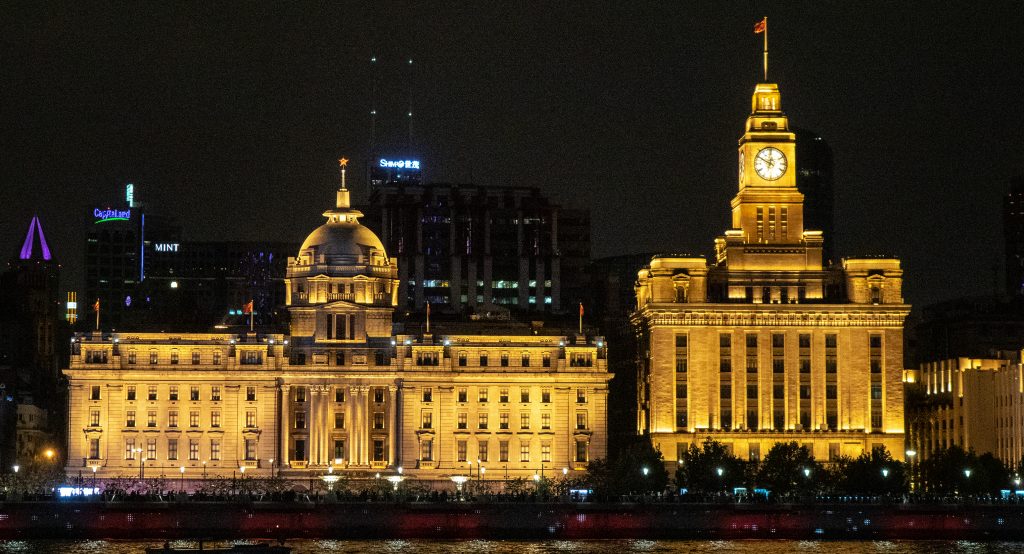 What to eat in Shanghai, China

Shanghai‘s cuisine, like its people and culture, is primarily a fusion of the forms of the surrounding Jiangnan region, with influences sprinkled in more recently from the farther reaches of China and elsewhere. Characterized by some as sweet and oily, the method of preparation used in Shanghai, it emphasizes freshness and balance, with particular attention to the richness that sweet and sour characteristics can often bring to dishes that are otherwise generally savory.

The name “Shanghai” means “above the sea”, but paradoxically, the local preference for fish often tends toward the freshwater variety due to the city’s location at the mouth of China’s longest river. Seafood, nonetheless, retains great popularity and is often braised (fish), steamed (fish and shellfish), or stir-fried (shellfish). Watch out for any seafood that is fried, as these dishes rely far less on freshness and are often the remains of weeks’ old purchases.

Shanghai’s preference for meat is unquestionably pork. Pork is ubiquitous in the style of Chinese cooking, and in general if a mention refers to something as “meat” without any modifiers, the safe assumption is that it is pork. Minced pork is used for dumpling and bun fillings, whereas strips and slices of pork are promulgated in a variety of soups and stir-fries. The old standby of Shanghainese cooking is “red-cooked [braised/stewed] pork”, a traditional dish throughout Southern China with the added flair of anise and sweetness provided by the chefs of Shanghai.

Chicken takes the honorable mention in the meat category, and the only way to savor chicken in the Chinese way is to eat it whole (as opposed to smaller pieces in a stir-fry). Shanghai’s chickens were once organic and grass-fed, yielding smaller birds offering more tender and flavorful meat than its hormone-injected Western counterparts. Unfortunately, these hormones have found their way to China, and today most chickens are little different from what can be found elsewhere. Still, the unforgettable preparations (drunken, salt-water, plain-boiled with dipping sauce, etc.) of whole chickens chopped up and brought to the table will serve as a reminder that while the industrialization of agriculture has arrived from the West, the preservation of flavor is still an essential element of the local cooking.

Those looking for less cholesterol-laden options need not fret. Shanghai lies at the heart of a region of China that produces and consumes a disproportionately large amount of soy. Thinking tofu? There’s the stinky version that when deep-fried, permeates entire blocks with its earthy, often offensive aroma. Of course there are also tofu skins, soy milk (both sweet and savory), firm tofu, soft tofu, tofu custard (generally sweet and served from a road-side cart), dried tofu, oiled tofu and every kind of tofu imaginable with the exception of tofurkey. There’s also vegetarian duck, vegetarian chicken and vegetarian goose, each of which looks and tastes nothing like the fowl after which it is named but is rather just a soy-dish where the bean curd is expected to approximate the meat’s texture. Look out also for gluten-based foods at vegetarian restaurants, which unlike tofu; do not come with the phyto-estrogens that have recently made soy controversial in some countries. If you are vegetarian, do be conscious that tofu in China is often regarded not as a substitute for meat (except by the vegetarian Buddhist monks) but rather as an accompaniment to it. As such, take extra care to ensure that your dish isn’t served with peas and shrimp or stuffed with minced pork before you order it.

Some other Shanghainese dishes to look out for:

xiǎo​lóng​bāo​, lit. buns from the little steaming cage; fig. steamed dumpling). Probably the most famous Shanghai dish: small steamed buns – often confused for dumplings – come full of tasty (and boiling hot!) broth inside with a dab of meat to boot. The connoisseur bites a little hole into them first, sips the broth, then dips them in dark vinegar to season the meat inside. Of special mention is Din Tai Feng, an ever-popular Taiwanese restaurant boasting its designation as one of The New York Times 10 best restaurants in the world, with a handful of locations in Puxi and one in Pudong.

shēng​ jiān​ bāo​, lit. freshly grilled buns). Unlike steamed dumplings, these larger buns come with dough from raised flour, are pan-fried until the bottoms reach a deliciously crispy brown, and have not made their way to Chinese menus around the world (or even around China). Still popular with Shanghainese for breakfast and best accompanied by vinegar, eat these with particular care, as the broth inside will squirt out just as easily as their steamed cousins.

Shàng​hǎi​ máo​ xiè​ (Shanghai hairy crab). Best eaten in the winter months (Oct-Dec) and paired with Shaoxing wine to balance out your yin and yang.

For local eat outs, see below. Do not be too surprised by the cheap prices for the same dishes you may pay for in restaurants, these are where the local gems reside:

Take a Shanghai Food Tour. Join a local food tour to try authentic, local food while walking through Shanghai’s old town. Multiple tours each day take you off the beaten path to try over a dozen local dishes and include a stop at a local brewery.

UnTour Shanghai. UnTour Shanghai helps tourists and new residents of the Shanghai get comfortable with the city’s dynamic food scene fast. They offer culinary tours of the city, including street food breakfast and night market tours and dumpling-specific tours, as well as Chinese cooking classes.

Jiajia Tang Bao (Metro: People’s square). 5 other outlets in Shanghai, the one listed is located near people’s square i.e. in a very central location. Although very cheap, the xiǎo​lóng​bāo hold their own against the ones sold in restaurants in ding tai feng. Be prepared for modest no frill local dining settings. Highly recommended for tourists who want a taste of where the locals go for their dumpling dose.

Shanghai, undoubtedly, has some incredible authentic traditional food available, but sometimes you just want some home comforts. Fortunately, Shanghai also comes with a plethora of options for Western food as well.