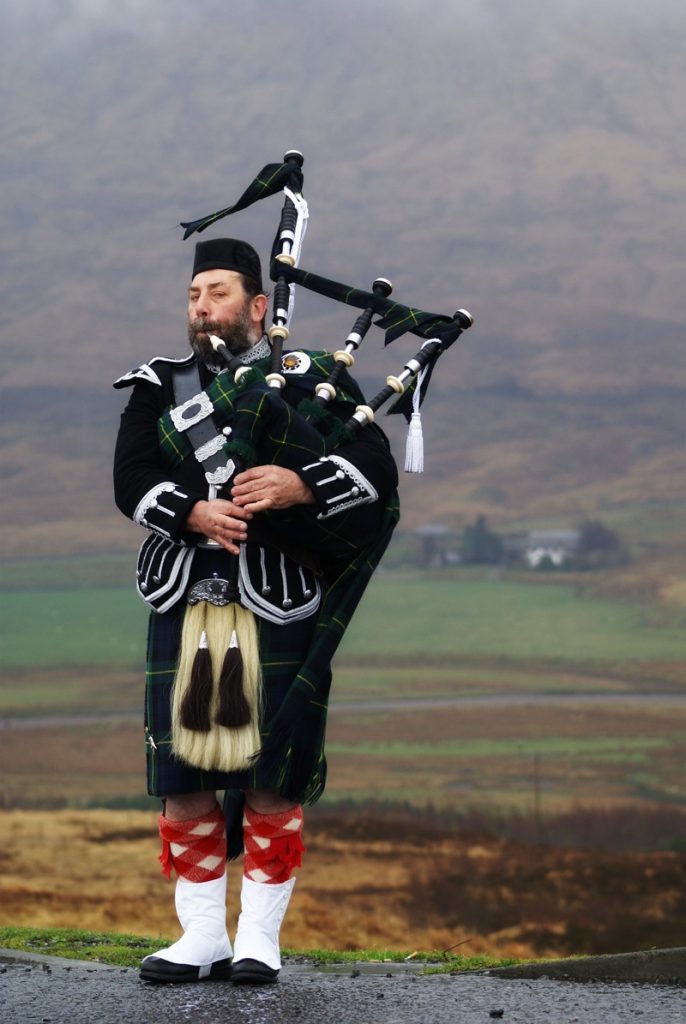 What to eat in Scotland

While Scotland has suffered from the stereotype for dreary food, things have changed now with numerous quality Indian, French, Italian and Modern Scottish options on offer. In fact, in parts of the country such as Edinburgh, it has become quite difficult to get a really bad meal.

Cullen Skink – A hearty and delicious fish soup made from smoked haddock, potatoes, cream, and shellfish.

Seafood-Scotland produces some of the best seafood in the world. Its langoustines, oysters, scallops, crabs, salmon and lobsters are prized by the finest chefs all over the world…and hence are mostly exported. Try half-a-dozen fresh oysters followed by langoustines in garlic butter mopped up with a chunk of organic bread at the Three Chimneys in Skye. Heaven on a plate. If you’re lucky enough to be near the coast you can buy freshly caught seafood at very good prices just go to the docks and wait, it’s worth it. Scotland also has some of the best “Fish n Chips” in the world. The fresh cod fried and battered to perfection with a side of golden fries n vinegar is a staple of some of the great seafood Scotland has to offer. Smoked Kippers are a breakfast favorite.

Sizzling Sirloin of Scotch Beef- The five best beef breeds in the world are Scottish, the best-known being Aberdeen Angus. The others are Highland, Longhorn, Shorthorn and Galloway. There is a vast difference between how beef cattle are raised for the lower-cost end of the market and the top end of the market. Slap a sirloin of Aberdeen Angus on a hot grill and find out why.

Game– Scotland has game aplenty, from pheasants to venison. An inexpensive Highland autumn favorite is pheasant layered with a few strips of bacon and baked with seasonal vegetables.

Haggis – Scotland’s national dish does sound quite disgusting to foreigners because of its ingredients, but doesn’t really taste as bad as one might think. Haggis is made up of chopped heart, liver and lungs of a sheep and then cooked in a sheep’s stomach bag. Nowadays, you can buy and cook Haggis in plastic bags. It is served with turnips and mashed potatoes (often referred to as Scots words “neeps and tatties”).

Porridge is an oat meal the Scottish eat at breakfast, usually with salt as topping, although it is not the everyday breakfast anymore.

The square sausage another common breakfast favorite — it is a flavored thin square of beef (steak sausage) or pork (lorne sausage), fried or grilled, often served in a roll.

Scotch Pie is a much-loved local delicacy. Originally containing mutton, but now usually made with an undefinable meat. Good ones really are good – slightly spiced and not greasy. Try one from a branch of the ubiquitous Greggs bakery shops.

Scotch egg is another perennial favorite. This is essentially a hard-boiled egg bread-crumbed with sausage meat.

Scotch tablet is another local delicacy. It is very similar to fudge – but is slightly brittle due to its being beaten for a time while it sets! Great for any cold hikes you may be planning.

The Deep Fried Mars Bar, previously an urban myth to highlight the poor Scottish diet, now does exist in Scotland as a result of the myth’s spread. An NHS survey reported that roughly 22% of fast food joints and fish and chips shops in Scotland sell the item, at roughly 60 pence a go, mainly to school children and young adults. You will have to ask them to put one in the fryer, though. A chippy in Stonehaven claims to be the birthplace of this “delicacy.” Another equally improbable artery-clogging treat is deep-fried pizza, known by locals as a “Pizza crunch”. The ultimate ‘heart-attack-on-a-plate’ has to be the fribab, the deep-fried kebab which can be done for ya in some of the crazier parts of Glasgow.

Vegetarian food isn’t as hard to find as you would think, with virtually all restaurants and cafés offering more than one vegetarian option. Vegan food is harder to find, but not impossible. Edinburgh especially has a good number of exceptional vegetarian and vegan restaurants.

Scotland (especially the Highlands) is famous for the hundreds of brands of Scotch whisky it produces. It seems to the visitor that every village makes its own particular brand, so much so that somebody compared a tour of the highlands as being similar to “driving through a drinks cabinet”! There are around 100 whisky distilleries in Scotland and nearly half of them welcome visitors. Opening days and times can be up to seven days a week in Summer and sometimes they close in the Winter.

Bars are the places you meet people and where you have a good time. More than in other countries, bars are very lively and it is easy to get to know people when you’re travelling alone. The Scottish are very welcoming, so it’s not unusual that they will buy you a beer even though you just met them.

The legal drinking age is 18 years old, and many pubs and clubs will ask for ID of anyone who looks younger than mid-twenties, penalties for those caught buying drink for those under 18 can include a large fine. The penalties for drinking and driving are severe. Drinking laws are complicated slightly by the fact that a single glass of wine may be served to a 16-year old, provided it is with a meal.

Beer – beer, especially the ales, is measured in pints. One pint equals just over half a litre (568ml). Scottish micro-breweries are doing quite well, possibly thanks to the “Campaign for Real Ale” in recent years.

Irn Bru – A highly popular, fizzy, bright orange-colored soft drink, produced by Scottish soft-drinks company A.G. Barr. It’s so popular; it even outsells Coca-Cola, which no other native soft drink can claim. It’s loaded with caffeine and, like Coca Cola, is acidic enough to clean coins. Given its local popularity, many urban legends have surfaced, such as: it’s a “hangover cure”; only two people in the world know the “secret recipe” and, therefore, must take separate flights when travelling. Thanks to an advertising campaign it’s apparently “Made From Girders”. Red Kola and Sugarelly (liquor ice water) is similarly consumed.

Whisky – Scotland‘s most famous export (note the lack of an ‘e’ that makes Scotch whisky unique). The word derives from the Gaelic “uisge beatha,” which means “water of life.” A good way to instantly endear yourself to the locals is when ordering Scotch in a pub, always ask for a “whisky” or simply “a half” – and the bartender will know exactly what you mean. (Earn extra points if you name a specific blend). Most distilleries have visitor centers which offer behind-the-scenes tours during which you can experience the sights, sounds and unmistakable aromas of a traditional Scottish distillery and gain a new-found appreciation for the craftsmanship, energy and patience that goes into every drop of this fragrant amber-hued spirit. And taste some samples too!