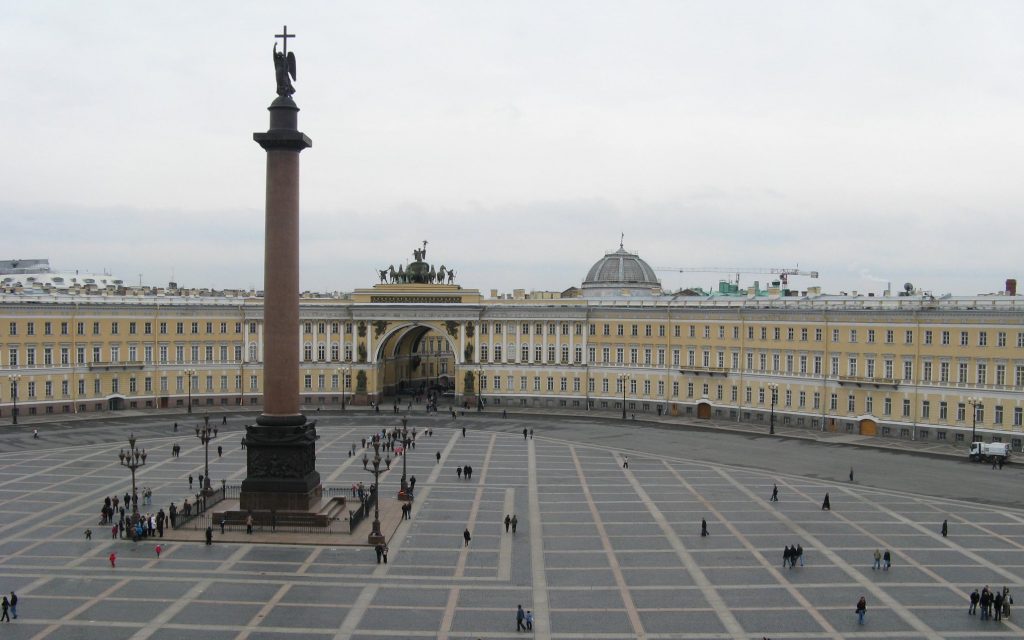 Explore Saint Petersburg a world-class destination and Russia‘s second largest city, with a population of more than 5 million perched at the eastern tip of the Baltic Sea and the Neva River.

The city was formerly known as Petrograd, and later Leningrad.

This is one of the most breathtakingly beautiful places on earth and virtually any building in the large historic centre, threaded with canals dotted with baroque bridges, can be considered an attraction—and indeed, it is a UNESCO World Heritage site. This is a magical city, with a long list of major attractions. Its Hermitage Museum, housed in the Winter Palace of the Romanov Dynasty, is both one of the world’s greatest and oldest collections of art, treasure, and antiquities, and one of its most beautiful buildings.

Founded by Peter the Great in 1703, in the territory of the Inkeri town of Nien which was a capital of Finno-Ugric province Ingermanland which was part of Novgorod Republic, and Sweden. The first settlements in this region date from 2500 years ago. Archaeologists found old graves full of izhora silver treasures, also korela-inkeri epos of Kalevala halfly was written near Sester river, modern Sestroretsk. In this time the lifestyle of aborigines was very different it was forest people which lived in tunnels underground, famous for hunting, mushroom medicine, and making steel. St Petersburg the former home of the tsars and the centre of imperial Russian culture, was known as “The Venice of the North” in its heyday. Re-christened Petrograd

during the First World War, the city was renamed Leningrad in 1924 in honor of communist revolutionary and founder of the Soviet Union, Vladimir I. Lenin. Bombed, besieged and starved during World War II, the city took a back seat to Moscow during the Soviet-era.

Since the collapse of the Soviet Union, the city has rapidly been making up for lost time and is by far the most cosmopolitan and Western of Russia’s cities. Renamed once more in the aftermath of the fall of the Soviet Union, most Russians know it as Piter, a familiar diminutive of Saint Petersburg.

During the hardship years of Yeltsin’s presidency, much of the city was controlled by the infamous Tambov gang, but have since reduced in influence. With world-class architecture, astonishing views and friendly people, there’s a lot to do here.

There is a huge seasonal variation in day length due to the city’s position at 60°N.

Days are less than 6 hours long at the end of December, but it never gets darker than twilight during the White Nights season in June. Not only are the days very short in late autumn and early winter, but the weather may be overcast for weeks, without a hint of blue sky, which may feel depressing. The driest season with least precipitation is early spring. July and August are usually the rainiest months, though the difference is usually not big enough to worry about. But if you care about this, it is a good idea to have an umbrella or raincoat handy.

What to see. Best top attractions in Saint Petersburg, Russia

What to do in Saint Petersburg, Russia

Walking around with locals

The alternative way to explore St Petersburg is to know it from inside, walking and talking with locals and trying local activities. Those people who have lived here for years would like to tell you a plenty of stories, open some secret places (as roofs or courtyards etc.) and treat you as a friend.

There are plenty of ATMs and legitimate currency exchange booths in the city centre. There are also many 24-hour supermarkets.

Souvenirs are commonly available on Nevsky Prospekt, particularly near the Hermitage, although prices for everything are higher here than on side streets.

Russian cuisine is famous in the world, and high-quality authentic Russian dishes are available all over Saint Petersburg. But there is other interesting food in the city.

1) Central Asian (Uzbek/Tajik) food. There is huge Uzbek immigrant community and they have unique culinary traditions. Very cheap and very tasty. Most of the places are a hole in the wall type and hard to find. There are many places inside Sennoy market. Also foodies can sign up for Uzbek food tour.

2) Georgian food. Very unique and tasty cuisine. Georgian restaurants are scattered all over St Petersburg. It’s more expensive than Uzbek. But worth trying.

It’s hard to find Uzbek/Georgian food outside of ex-USSR. Try it here.

There is a wide and excellent selection of great clubs that will satisfy all tourists looking to spend the night out. The city hosts clubs of all music. Rock, pop, jazz, hip hop/RnB, and a lot more.

Saint Petersburg has a somewhat undeserved reputation for being a dangerous city. Things have calmed down since the Wild West (or Wild East) days immediately after the collapse of the Soviet Union, but some common sense is still required.

As with most other major cities, avoid traveling alone at night, and do not get into altercations with drunks. If traveling at night, it is recommended to stay on the main sidewalks and avoid any dark alleys or yards. Gypsy cabs are not recommended under any circumstances, especially those that linger near bars where expatriates and tourists congregate.

Day trips can be done on your own or via an organized excursion offered by many tour operators. Even though it is a lot to see in one day, Peterhof, Kronshtadt, and Lomonosov are all located in the same general direction west of Saint Petersburg and are all accessible by hydrofoil, so it is popular to see all three sites in one day.

If you leave Russia and plan to return, make sure you have a multiple entry visa.

Watch a video about Saint Petersburg