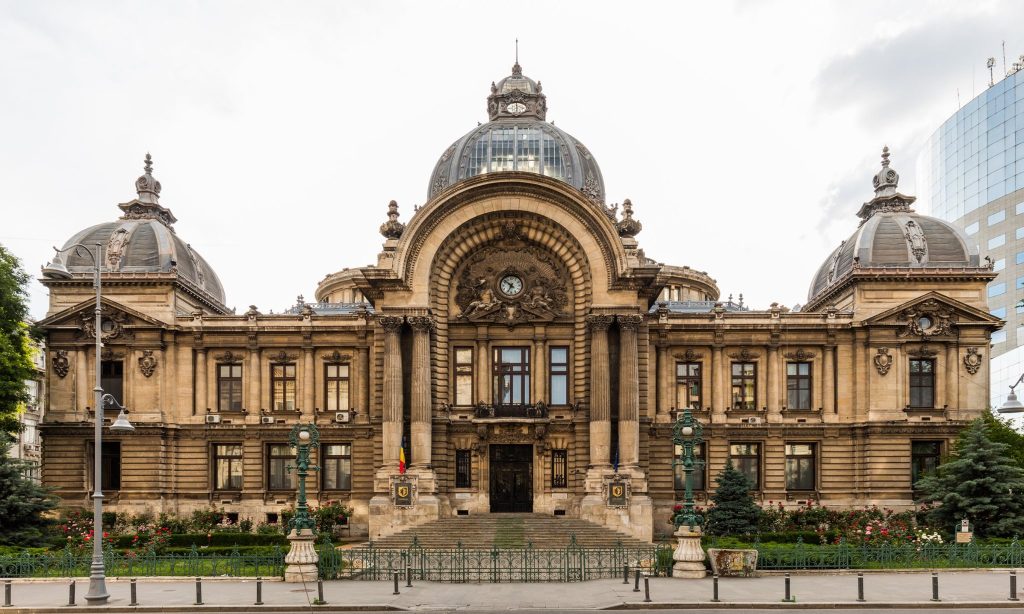 Regions and cities of Romania

It is the most famous region of Romania, a land of medieval castles and towns, dark forests, snowy peaks (especially those in Transylvanian Alps). At the same time a region experiencing rapid economic development, with modern youthful cities, huge shopping centers, massive infrastructure projects etc.

This western-most province is probably the most economically developed in Romania. It has beautiful baroque cities and traditional German villages in the western plains and huge mountain forests in the eastern parts.

The south-western region, with impressive monasteries, caves and health resorts along the mountains in its northern part and a bizarre desert-like area in the south.

This north-eastern region is famous for its Painted Monasteries, tucked away between picturesque rolling hills.

Located along the border with Hungary, this western region is the entry point for most travelers into Romania, who often neglect its Central-European style cities, numerous medieval sites and resorts on the western side of the Apuseni mountains.

A seaside province dotted by ruins of ancient Greek and Roman cities, with various summer resorts along the Black Sea Coast and the unspoiled natural landscape of the Danube Delta and the Black Sea lagoons (all of which are Biosphere Reserves and UNESCO World Heritage Sites) in the region’s north. Also very ethnically diverse region with many small minority groups.

Certainly one of the most extraordinary regions in Romania, it offers a pleasant blend of historical cities, medieval fortresses, churches, wine and friendly locals.

Also known as Wallachia. The capital, Bucharest, is in this southern region, as well as the early residences of the Wallachian princes and the mountain resorts on the Prahova Valley. It is also the name of the old kingdom of leaders such as the notorious Vlad Ţepeş (The Impaler).

Bucharest — the capital of Romania, in which megalomanic monuments, including “House of the People” (now the Palace of Parliament), built during Ceauşescu’s regime, overlook medieval and later neo-classical neighborhoods.

Brașov — located in south-eastern Transylvania, its main attractions are the well-kept medieval downtown, the nearby luxury resort of Poiana Braşov and the proximity to Rasnov and the Bran (“Dracula’s”) Castle.

Cluj-Napoca — the largest town in Transylvania, is a major economic center and a youthful city, housing one of the largest universities in Europe.

Constanţa — Romania’s main Black Sea port and one of the major commercial hubs in the region. The northernmost Litoral district, Mamaia, is thought to be one of the best Black Sea resorts.

Iaşi — in Moldavia, the second largest Romanian city, once the historic capital of the Moldavian principality until 1861, and for some time capital of Romania. Today it is one of the major economic and cultural centers in the country.

Sibiu — one of the most beautiful cities in Transylvania, it has the best preserved historical sites in the country, many museums and exhibitions, proximity to the stunning Făgăraş mountains, for which reasons it became the 2007 European Capital of Culture.

Sighişoara — the city’s downtown area, the Sighisoara Citadel, is the last inhabited medieval citadel in Europe and one of the best historical monuments preserved nowadays.

Suceava — the main city in Bukovina and the medieval capital of the Moldavian principality; it can be the starting point for visiting the famous painted Monasteries in the region.

Timişoara — the largest town in the Banat region, it is one of the most prosperous and modernized cities in Romania; it was there that the 1989 Romanian anti-communist revolution began.

Oradea — a beautiful city, situated in the north-west of Romania, at about 10 kilometers from the western Romanian border. Capital of the Crisana region, it has a long and rich history, being mentioned for the first time in a document in the year 1113. Oradea is rich in beautiful buildings and historical sites, featuring a mixture of architectural styles: baroque, rococo, and Renaissance. It is indeed a place to visit.

Craiova — the 6th largest city in Romania, located near the east bank of the river Jiu in central Oltenia at approximately equal distances from the Southern Carpathians (north) and the River Danube (south). It is a longstanding political center, being formerly the capital of Oltenia.

Ploiesti — the 9th largest city in Romania, located at 60 km north of Bucharest. It is recognized as the center of the Romanian oil industry – has four refineries and numerous companies operating in industries related to this branch.

Alba Iulia- is a municipality in Alba County, located in the central-western part of Romania, in the Valley of Mureş River, on the right of the Mureş River, in the confluence with the Ampoi River, at the southern foothills of the Aiud Hills.