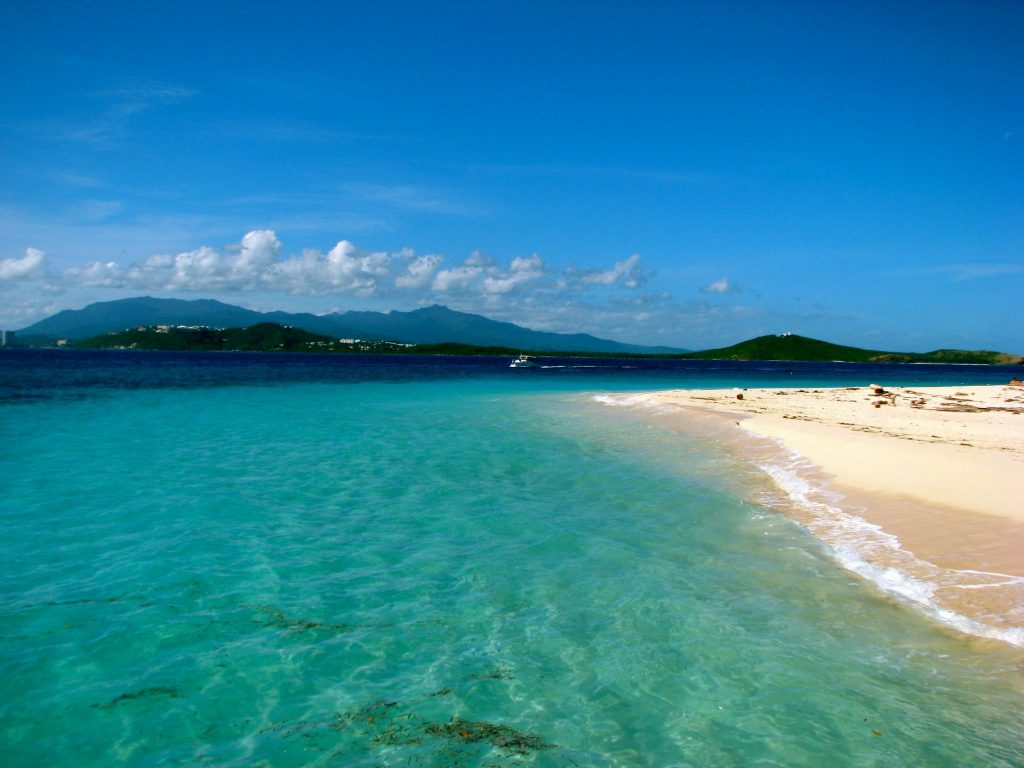 Explore Puerto Rico a Caribbean island which  is a self-governing commonwealth of the United States of America. Located in the Caribbean Sea to the east of the Dominican Republic and west of the US Virgin Islands, Puerto Rico lies on a key shipping lane to the Panama Canal, the Mona Passage.

Christopher Columbus landed on the island of Puerto Rico in 1493 on his second voyage of discovery, and originally named it San Juan Bautista in honor of Saint John the Baptist. The name of the island’s present day capital, San Juan, honors the name Columbus first gave the island. It was then settled by explorer Ponce de Leon, and the island was under Spanish possession for over four centuries.

The culture of Puerto Rico is distinctly Caribbean, but closely related to the culture of Spain with a few African and native influences. When traveling to Puerto Rico, one will get the feeling that they are in another country.

Puerto Rico has a tropical marine climate, which is mild and has little seasonal temperature variation. Rainfall is abundant along the north coast and in the highlands, but light along the south coast. Hurricane season spans between June and November, where rain showers occur once a day, almost every day. Periodic droughts sometimes affect the island.

Puerto Rico is mostly mountainous, although there is a coastal plain belt in the north. The mountains drop precipitously to the sea on the west coast. There are sandy beaches along most of the coast. There are many small rivers about the island, and the high central mountains ensure the land is well watered, although the south coast is relatively dry. The coastal plain belt in the north is fertile. Puerto Rico’s highest point is at Cerro de Punta, which is 1,338m above sea level.

Road signs are Spanish language versions of their U.S. counterparts, so you shouldn’t have trouble figuring them out. However, note that distances are in kilometers, while speed limits are in miles. Gas is also sold by the liter, not by the gallon, and it’s a little bit cheaper than on the mainland.

Both Spanish and English are the official languages of Puerto Rico, but Spanish is without a doubt the dominant language. Fewer than 20 percent of Puerto Ricans speak English fluently. Spanish is the mother tongue of all native Puerto Ricans. However, people working in tourism-related businesses are usually fluent in English; locals in less touristic areas of the island can usually manage basic English, as it’s taught as a foreign language in school.

What to see. Best top attractions in Puerto Rico.

Places that take credit cards often take only Visa and MasterCard. Large hotels and car rental places will likely take Discover and American Express. Many places only take cash. Consider bringing enough cash with you to warrant only one or two withdrawals if you will be subject to transaction fees.

Most large cities on the island have a large regional mall with familiar international stores.

If you’re looking for local crafts of all sorts, and want to pay less than in Old San Juan while getting to know the island, try going to town festivals. Artisans from around the island come to these festivals to sell their wares: from typical foods, candies, coffee and tobacco to clothing, accessories, paintings and home décor. Some of these festivals are better than others, though: be sure to ask for recommendations. One of the most popular (yet remote) festivals is the “Festival de las Chinas” or Orange Festival in Las Marías.

Don’t forget that Puerto Rico is a large rum-producing island. Handmade cigars can still be found in San Juan, Old San Juan, and Puerta de Tierra. Also a wide variety of imported goods from all over the world are available. Local artesanías include wooden carvings, musical instruments, lace, ceramics, hammocks, masks and basket-work. Located in every busy city are gift shops with the typical tee-shirts, shot glasses, and other gifts that say Puerto Rico to bring home to friends and family. Make sure to visit the Distileria Serralles, the home of Don Q, one of the oldest rums made in Puerto Rico (whose logo is visible in the window of most PR bars). You would not only enjoy tours of the process of making rum, but a little taste of the rum. They also have a museum and it is an enjoyable place for a warm afternoon in the Enchanted Island.

Puerto Rico is a drive-through buffet. All you need is a car, an appetite (the bigger the better), time, and the realization that your swimsuit won’t fit as well when you get to your destination. The island has the most diverse culinary offerings in the entire Caribbean. There’s something for everyone. You can enjoy the finest Puerto Rican food at most traditional town squares and also (for those of you who get homesick) have a steak at a place like Morton’s.

Authentic Puerto Rican food (comida criolla) can be summed up in two words: plantains and pork, usually served up with rice and beans (arroz y habichuelas). It is rarely if ever spicy, and to many visitors’ surprise has very little in common with Mexican cooking.

Unlike most U.S. jurisdictions, Puerto Rico’s drinking age is 18. That, coupled with the fact that the U.S. does not require U.S. residents to have a passport to travel between Puerto Rico and the continental U.S., means Puerto Rico is a popular destination for teenagers on spring break.

Puerto Rico is obviously famous for its rum and rum-based cocktails, and is the birthplace of the world renowned Piña Colada. Several fine rums are distilled in Puerto Rico, including Bacardì, Captain Morgan and Don Q. Rum is not a connoisseur’s drink in the same way as wine or whiskey, and you may get a few odd looks if you ask for it straight since it is almost always drunk as a mixer. Aged rum is very refreshing on a hot day on the rocks and garnished a mint leaf. Common highballs are mostly of Cuban origin; they include the Mojíto (rum, lime juice, mint leaves, and seltzer water) and the Cuba Libre (spiced rum and cola), often known jokingly as a Mentiríta (literally “little lie”), a stab at the Cuban government.

The local moonshine is known as pitorro or cañita, distilled (like rum) from fermented sugarcane. It is then poured into a jug with other flavorings such as grapes, prunes, breadfruit seeds, raisins, dates, mango, grapefruit, guava, pineapple, and even cheese or raw meat. Its production, while illegal, is widespread and a sort of national pastime. If you are lucky enough to be invited to a Puerto Rican home around Christmastime, it is likely that someone will eventually bring out a bottle of it. Use caution as it is quite strong, sometimes reaching 80% alcohol by volume (although typical alcohol levels are closer to 40-50%).

During Christmas season, Puertoricans also drink Coquito, an eggnog-like alcoholic beverage made with rum, egg yolks, coconut milk, coconut cream, sweet condensed milk, cinnamon, nutmeg, and cloves. It is almost always homemade, and is often given as a gift during the Christmas holidays. It is delicious, but very caloric. It will also make you very sick if you drink too much of it, so be careful if someone offers you some.

Tap water is treated and is officially safe to drink, though it tastes rather chlorinated; many opt for bottled water instead.

As a legacy of Puerto Rico’s status as one of centers of world sugarcane production, nearly everything is drunk or eaten with sugar added. This includes coffee, teas, and alcoholic drinks, as well as breakfast foods such as avena (hot oatmeal-like cereal) and mallorcas (heavy, yeasted egg buns with powdered sugar and jam). Be aware of this if you are diabetic.

Watch a video about Puerto Rico