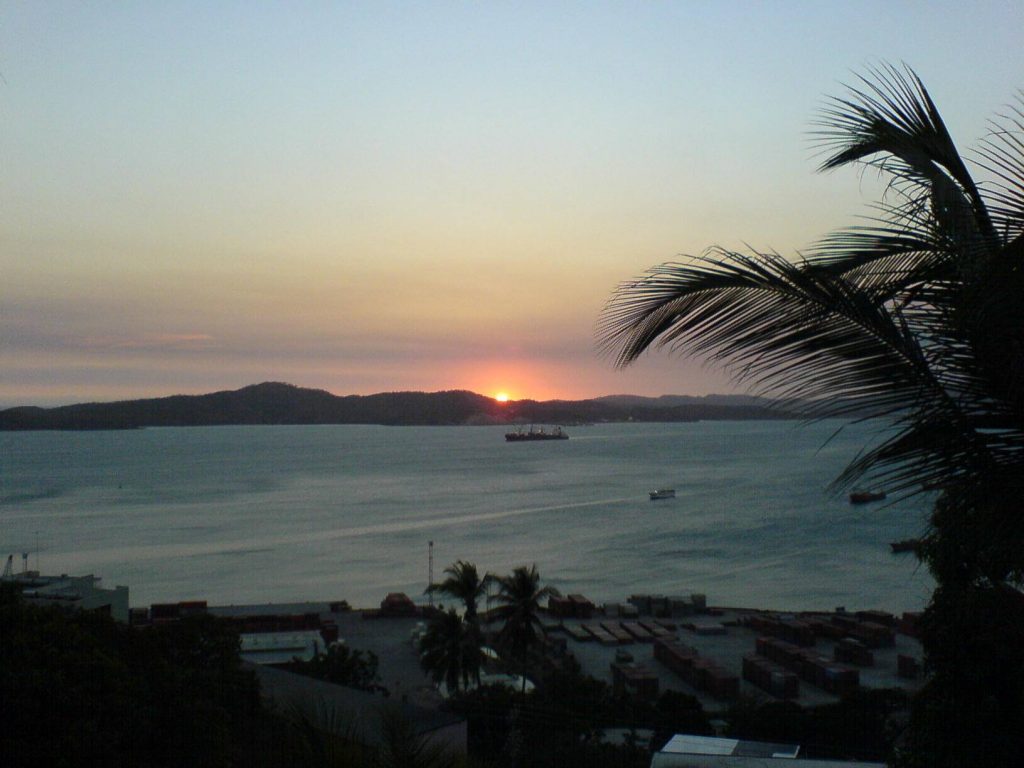 Explore Port Moresby  the capital and largest city of Papua New Guinea. The city is on the shores of the Gulf of Papua. Its population is around 300,000 and growing quickly. The indigenous people of the area are the Motu-Koitabu. Moresby, as it is commonly known, got its name from Captain John Moresby who arrived in 1873 as the first European visitor.

The city is quite spread out. The original colonial settlement was by the sea and this is still the port area, as well as the main business and banking district. On the hills above are upmarket residences. The area is served by the Crowne Plaza hotel. Closer to the airport, separated from the original town by hills, is Waigani, a 1970s development built to house the Government offices of the newly Independent country of Papua New Guinea. Nearby are the housing areas of Boroko and Gordons, which also contain most of the large stores.

Port Moresby is the main point of entry into Papua New Guinea for air-traffic and most of the boat-traffic.

Airfares from Australia are quite cheap, especially if you book online and seek one of the special fares. From other countries fares are fairly expensive and it may be cheaper to fly to Cairns and pick up a flight to Port Moresby from there.

For a tourist, the attractions in Moresby can be spread out. There is little ‘attraction’ in the central business district and walking around will not get you very far. It is nice to walk along Ela Beach and around market areas but otherwise you will be reliant on motorized transport.

Car rental agencies are available close to Jacksons International airport but driving in Port Moresby might not be what most people are used to. In some areas of POM the locals throw stones at the car, usually just for amusement but in some cases they manage to crack your windshield. There are cases of people standing in the middle of a stretch of road they have mended and demanding compensation from people driving by, and as soon as you get outside of the city the roads deteriorate to muddy trails that only a 4×4 with an experienced driver should attempt. If you want to see the sights near Moresby such as Crystal Rapids near Sogeri or the start of the Kokoda, a 4×4 is highly recommended.

Port Moresby Nature Park (formerly The National Botanical Gardens) a must for the visitor. Located next to University of Papua New Guinea, it has some amazing examples of PNG wildlife such as birds of paradise, cassowaries, tree kangaroos, multiple wallaby species, and many other native bird species. Lush, tropical and well-kept gardens. A great break from the dry, dusty surrounds and bustle of the capital city. If you are lucky you might catch a wedding while you are there as some locals like to conduct the ceremony in the gardens.

Port Moresby Golf Club A nice golf course located right across from the government buildings. The prices are quite acceptable for visitors. Be careful, crocodiles inhabit the water holes of the golf course. The main building has a nice restaurant where one can have lunch and have a few SP beers (South Pacific beers) after a round of golf.

The Ela Beach Craft Market Run by the Ela Murray International School and held on the last Saturday of each month, this market brings together local artifacts from all over Papua New Guinea. An easy way to get some beautiful carvings, hand-woven baskets, or any of a number of other things to bring home as souvenirs.

Touaguba Hill Perhaps not so much to see, but this is where the ambassadorial residences are located and is also where many of the well-to-do expats and locals live. There is a nice view from the top of the hill overlooking the centre of the city and the ocean.

Hiri Moale Festival. This takes place on the weekend of PNG’s Independence Day in mid-September. The centerpiece is a race of up to 100 traditional Lakatoi canoes, recalling the sea voyages undertaken by the Motuan people from the Port Moresby area who exchanged sago and clay pots with the people of neighboring Gulf Province. The departure of the canoes from Port Moresby’s Ela Beach is really spectacular. The Festival is the city’s main cultural show with traditional performances, as well as the canoes.

Scuba Diving.  A number of reefs and wrecks are within close proximity to Port Moresby and diving can be arranged through day vessels or on nearby Loloata Island (which has its own dive shop). There are a variety of sites and depths for all experience levels.

Port Moresby has opened its first shopping mall called Vision City in Waigani. There is a large hypermarket called RH selling anything from household furniture to baked beans. Their supply is abundant and the quality is good and prices are competitive. What one should bear in mind though is that everything imported might not always be there. Often if you see something you like you have to buy a lot of it because there is no telling when the next shipment is coming. This doesn’t apply to basic foodstuffs but rather to things that might not be in high demand such as herring. RH has basically closed this gap.

The drink of choice in Port Moresby as in the rest of Papua New Guinea is South Pacific lager: “SP beer”. However, once that cultural experience is done, you will probably prefer to move on to the more refined ‘SP Export’ lager, or ‘Niugini Ice’ beer. To buy alcohol you have to go to one of the characteristic yellow and green colored shops that are usually integrated into the supermarkets. You don’t want to go to the ones that aren’t. They have a relatively limited selection of wines, mostly Australian or New Zealand brands. The prices are higher than you would expect because of the taxation of alcohol. The locals tend to get quite rowdy when they drink (as everywhere else) so it’s best to avoid anyone that seems to be under the influence. Typically most expats drink at hotel bars or sports club bars, which have a more relaxed atmosphere.

With relatively few attractions, Moresby is usually just a stopping off point for tourists heading to other parts of PNG. Possible day trips from Port Moresby include:

Watch a video about Port Moresby