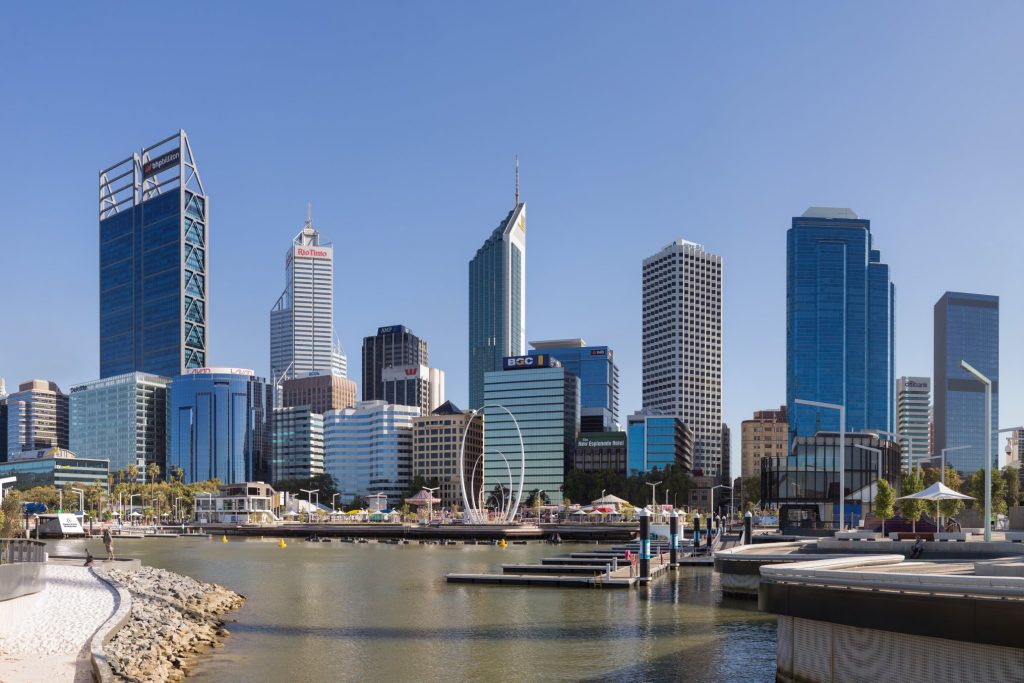 Perth has a population of around 1.6 million, making it the fourth largest city in Australia. The many uncrowded beaches along the Perth coastline define the lifestyle: Perth is laid-back, quiet and safe.

The Perth region has been home to the indigenous Nyoongar people for at least the past 40,000 years.

Despite its isolation and relatively small population, Perth is a surprisingly culturally diverse city. Due to the high rate of migration to Perth, slightly less than half of Perth’s residents were born outside Australia. Its proximity to Southeast Asia and Africa has led to an influx of migrants from countries such as Malaysia, South Africa and Thailand, and this is reflected in the diversity of cuisine available in Perth. If you wish to experience a cosmopolitan culture without the hustle and bustle of larger cities then Perth is worth visiting.

The City has a temperate Mediterranean type climate. Summers are hot and dry whilst winters are generally wet and mild.

Spring (Sep-Nov) and autumn (Mar-May) are ideal times in which to visit Perth. Spring (particularly October / November periods) is perhaps the very best to see the sights as after a decent winter’s rainfall, the famous wildflowers around Kings Park and the Avon Valley bloom splendidly. The metropolitan areas as well as the bush lands have many flowering species which often flower en-masse, so it is wise to purchase over-the-counter hay fever or antihistamines from a local chemist before making a trip to see them with minimal discomfort. Beach-goers from colder climes might find the summer months too harsh, usually reaching about 35°C and sometimes up to 45°C during the midday, so it is perhaps best to visit during March-April or October-November as well as taking a hat, sun-screen lotion and sunglasses.

All scheduled international and domestic flights arrive and depart from Perth Airport.

The Perth metropolitan area has a fairly reliable and inexpensive public transport system operated by Transperth.

Perth and Fremantle can be comfortably explored on foot or by bicycle as Perth has some of the best cycling and pedestrian infrastructure in Australia. The Perth bicycle network features an ever growing, metro-wide system of bicycle/pedestrian paths.

A favorite amongst seasoned local cyclists is the ride along the North side of the Swan River between the City and Nedlands. Allow 60 min for a round trip along this route, as you might encounter a strong headwind.

Renting a car is the ideal means of transportation for traveling to outlying attractions. Perth’s major freeways and highways are free from any tolls, as is not the case in Sydney and Melbourne and from either of these major arterial roads; it is possible to be surrounded by beautiful countryside within minutes.

Rent-a-car providers such as Classic Car Hire Perth, Europcar, Redspot, Avis, Hertz are located at the airport and there are quite a few scattered around the city and the suburbs.

There is plenty to see in the city centre within wandering distance. Hidden among the sprawl of the surrounding and metropolitan area are a few worthwhile attractions usually less than an hour away by car, or a bit longer on public transport.

Outside of the metropolitan area are some unspoilt national parks, unpopulated coastline and other interesting locations.

What to see. Best top attractions in Perth, Australia.

Perth’s’ shopping options has improved dramatically in recent years, with major international luxury brands such as Burberry, Gucci and Louis Vuitton now having branches in Perth, along with many local Western Australian boutiques. As a general rule, the luxury brands are located around the junction King’s Street and Hay Street in the city centre, while mid-range options are generally to be found at the pedestrian-only Hay Street and Murray Street malls.

The largest concentration of boutique shops is in the City centre while adjacent Northbridge is the place for niche independent stores. Trendier suburbs such as Mount Lawley, Leederville and Subiaco have a number of offbeat designer fashion stores.

Large shopping complexes located in the outer suburbs, such as in Morley, Carousel, Cannington, Midland, Joondalup, Booragoon (Garden City), Innaloo and Karrinyup have the usual department and chain stores.

Fremantle Markets offers an experience on its own with it’s over 150 independent stalls, but is only open on Friday, Saturday and Sunday.

One of Perth’s drawbacks is that its people have not embraced late night dining. Very few places will serve food after 10PM, even on Friday or Saturday nights. While most restaurants in Perth do cater for vegetarians (and more rarely vegans), the selection is often decidedly limited.

You will find a great selection of European and Asian restaurants.

There are many hidden gems of cafes, small shops and food producers in beautiful countryside with stunning city views.

Perth has bars scattered throughout the city but most bars are in the CBD, Northbridge, Subiaco, Leederville, Victoria Park, Mount Lawley & Fremantle areas. Bars usually become busy after 5pm with the after work crowd, but most locals tend to go to bars on Friday & Saturday nights. The CBD bars in particular get very busy on Friday nights with many of the popular bars forming long entry lines. Most bars open from around 11AM and close midnight. There has been an increase in small bars and bistro dining in niche areas of the CBD, however these are typically expensive even though good quality, so shop around for a good value evening. Smoking is prohibited inside all pubs and bars.

Club nights and both international and local gigs are held at a variety of venues across the city centre, Northbridge, Subiaco and Leederville, with some clubs scattered further out.

The main dangers that an overseas visitor to Perth faces are sunburn and dehydration.

Outside of Perth you can visit

Watch a video about Perth 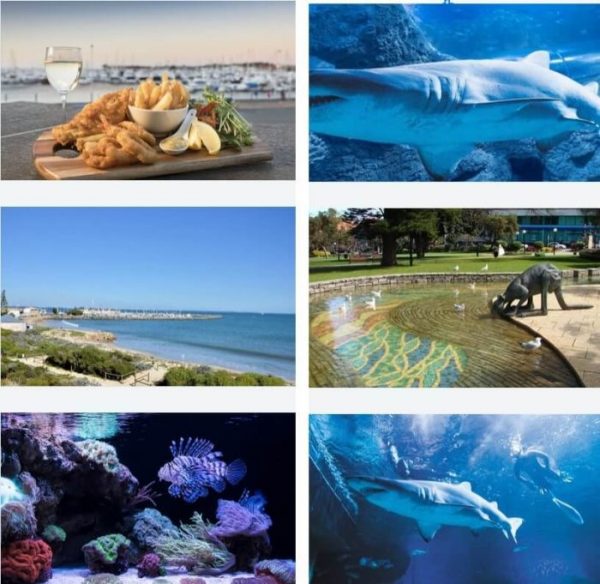