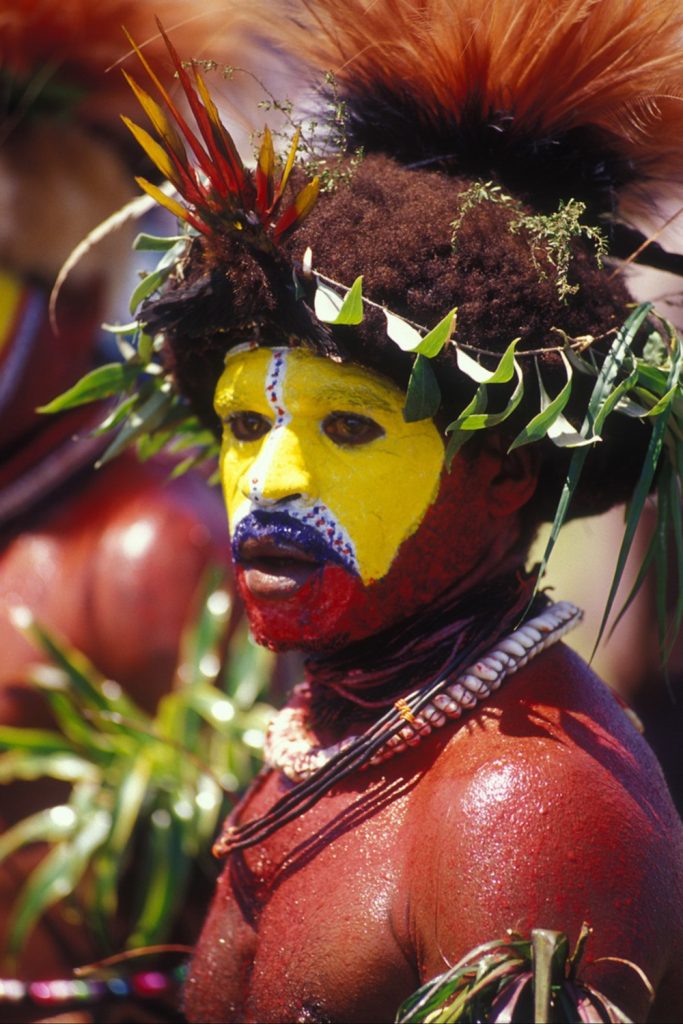 Explore Papua New Guinea an island nation in Oceania, with its many cities to visit.

There is evidence of human settlement as long ago as 35,000 years in what is now Papua New Guinea. This comes from an archaeological site at Matenkupkum, just south of Namatanai in New Ireland province. Other archaeological digs at several locations in New Ireland have discovered tools and food residue dating back 20,000 years.

For people who can make it out here, the experience is unforgettable. The incredible natural beauty is simply indescribable. Its unique flora and fauna includes enormous radiations of marsupials and birds, including the Raggiana bird-of-paradise (the national symbol) and several species of tree kangaroos. Untouched coral reefs compete with spectacular World War II wrecks for the attention of divers, and the hiking is out of this world.

With rugged terrain, inter-tribal mistrust, and diverse languages, intermarriage between the peoples has, until recently, been very limited. Physical and facial appearance varies significantly throughout the country; from those who look almost Polynesian in some coastal areas, through the short, stocky Highlanders, to the tall and statuesque people of the area around Rabaul in New Britain and the dark-skinned inhabitants of Bougainville, who could almost come from Africa.

The central highlands of Papua New Guinea were not mapped until the 1930s and not effectively brought under government control until the late 1960s. As a result, the people are as interesting as the geography, flora, and fauna. Papua New Guinea is a place that often markets itself as ‘the Last Unknown’ or a place where you can still find ‘Stone Age People’.

Papua New Guinea is just to the south of the equator and has a tropical climate. In the highlands, though, temperatures are distinctly cool. The (very) wet season runs from about December to March. The best months for trekking are June to September.

The country is situated on the Pacific Ring of Fire, at the point of collision of several tectonic plates. There are a number of active volcanoes, and eruptions are frequent. Earthquakes are relatively common, sometimes accompanied by tsunamis.

The country’s geography is diverse and, in places, extremely rugged. A spine of mountains, the New Guinea Highlands, runs the length of the island of New Guinea, forming a populous highlands region mostly covered with tropical rainforest. Dense rainforests can be found in the lowland and coastal areas as well as very large wetland areas surrounding the Sepik and Fly rivers. This terrain has made it difficult for the country to develop transport infrastructure. In some areas, airplanes are the only mode of transport. The highest peak is Mount Wilhelm at 4,509m (14,793 ft). Papua New Guinea is surrounded by coral reefs which are under close watch to preserve them.

Most foreign nationals who wish to enter Papua New Guinea are required to obtain a visa.

A car or motorbike hire, taxi is required

Papua New Guinea is a strange place when it comes to travel. The tropical conditions, fierce geography, and lack of government capacity means there are very few paved roads in the country.

With the exception of a brief span of road connecting it to the immediate hinterland and a road that will enable you to follow the coast southeast for a few hours, there are no major roads linking Port Moresby to anywhere else.

The big exception to this is the Highlands Highway, which begins in Lae (the country’s main port) and runs up into the highlands through Goroka to Mt. Hagen with a fork going back to the coast and Madang. Shortly outside Mt. Hagen the road branches, with southern line going through the Southern Highlands to Tari while the northern line runs through Enga province and ends in Porgera.

Traffic moves on the left. Road signs are based on the Australian standard, and distances are posted in kilometers.

Lae, Madang, Goroka, Tari, and Mount Hagen are all connected by a good highway. As a newcomer it is probably advisable to get help from locals (e.g., hotel-staff). Most towns have several starting points

With over 820 languages – 12% of the world’s total – spoken in Papua New Guinea, it was pretty difficult to get everyone talking to each other.

What to see. Best top attractions in Papua new Guinea.

What to do in Papua new Guinea.

The most popular activities for tourists here are festivals such as the The Sing-Sing performances at the annual Goroka and Mt. Hagen shows. During these shows, there are usually more than fifty ensembles that turn up. The festivals are competitive and the winning ensemble is rewarded by being invited to give concerts at many restaurants and hotels during the following year. This beauty and colorfulness of New Guinea’s festivals is both pleasing to watch for tourists and helps the locals financially.

There is not so much shopping in the regular sense. In the major cities there are a few malls and supermarkets. Otherwise, most of the shopping is done in small markets that are held irregularly. A great place to visit is the craft market which is held once per month in Port Moresby opposite Ela beach in the car park of the IEA TAFE College. There it is possible to buy handicrafts from every part of the country. Although it is slightly more expensive than out in the villages, the prices are very reasonable. Haggling is not really an accepted custom, one can haggle a bit but to do it excessively could annoy the locals.

The food is largely devoid of spices. A typical way of cooking is a Mumu, an underground oven in which meat and vegetables, such as Kaukau (sweet potatoes), are cooked. In just about every meal, there is rice and another form of starch.

In the lodges that tourists stay, there is usually a blend between this type of food and a more Westernized menu.

The legal drinking/purchasing age for alcohol is 21. However, because of the high age restriction, underage drinking has become a major problem.

There are brands of local beer. The local brew, SP (short for South Pacific) Lager, is owned by Heineken. Beers and wines are often served fairly warm due to a lack of refrigeration in certain areas. Also, while the water quality varies from place to place (and in some cases from day to day), it is generally best to stick to bottled water, even in the upper-market hotels. Alcohol is widely available everywhere on licensed alcohol-selling premises. However, alcohol may be difficult to obtain in some isolated areas, due to transportation issues.

The villages are quite safe as the locals will “adopt” you as one of their own. In many places, if you are alone, someone will want to escort you to where you want to go even if they have to go out of their way and you haven’t asked for it. Most people are extremely friendly, curious and helpful and it is easy to tell the bad guys from everyone else.

The most important thing is to stay up to date on the law and order situation in the locations you are planning to visit.

At least in Highlands region tribal warfare can happen occasionally. Especially national elections can spark hostilities among tribes. The warring groups are primarily targeting each other but an atmosphere of violence is present. Unfortunately there is a large number of illegal high-powered weapons in Highlands that can be used in tribal warfare. It is wise to stay away from war zones and places with recent history of war.

Papua New Guinea is home to many active volcanoes and several of the most popular treks involve getting close or actually climbing one or more of these. Always heed local advice and a regular check of The Smithsonian Institute’s Volcanic Activity Report would be wise.

Tap water in most regions is unsafe to drink.

As in many Melanesian cultures, greeting people with a friendly handshake is very important. Be aware, however, that it is a sign of respect not to make eye contact. The sight of hotel staff calling you by name, shaking your hand and looking at the floor may seem unusual at first.

Digicel is by far the better telecom provider. A new prepaid SIM card is easy to purchase and can be used in any unlocked phone.

Watch a video about Papua