Explore Nottingham a city 206 km north of London, 72 km northeast of Birmingham and 90 km southeast of Manchester, in the East Midlands. Nottingham has links to the legend of Robin Hood and to the lace-making, bicycle (notably Raleigh bikes), and tobacco industries. It was granted its city charter in 1897 as part of Queen Victoria’s Diamond Jubilee celebrations. Nottingham is a tourist destination; in 2011, visitors spent over £1.5 billion—the thirteenth-highest amount in England’s 111 statistical territories.

It is the largest urban area in the East Midlands and the second-largest in The Midlands. The population of the Nottingham/Derby metropolitan area is estimated to be 1,610,000.  Its metropolitan economy is the seventh largest in the United Kingdom. The city was the first in the East Midlands to be ranked as a sufficiency-level world city by the Globalization and World Cities Research Network.

Nottingham has an award-winning public transport system, including the largest publicly owned bus network in England and is also served by Nottingham railway station and the modern Nottingham Express Transit tram system.

It is also a major sporting center, and in October 2015, was named ‘Home of English Sport’. The National Ice Centre, Holme Pierrepont National Watersports Centre, and Trent Bridge international cricket ground are all based in or around the city, which is also the home of two professional league football teams. The city also has professional rugby, ice hockey and cricket teams, and the AEGON Nottingham Open, an international tennis tournament on the ATP and WTA tours.

On 11 December 2015, Nottingham was named a “City of Literature” by UNESCO, joining Dublin, Edinburgh, Melbourne and Prague as one of only a handful in the world. The title reflects Nottingham’s literary heritage, with Lord Byron, D. H. Lawrence and Alan Sillitoe having links to the city, as well as a contemporary literary community, a publishing industry and a poetry scene.

There is a Robin Hood Pageant in Nottingham in October. The city is home to the Nottingham Robin Hood Society, founded in 1972 by Jim Lees and Steve and Ewa Theresa West.

In February 2008, a Ferris wheel was put up in the Old Market Square and was an attraction of Nottingham City Council’s “Light Night”.

Watch a video about Nottingham 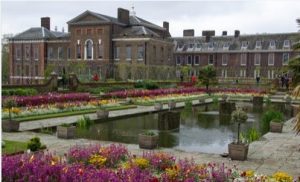