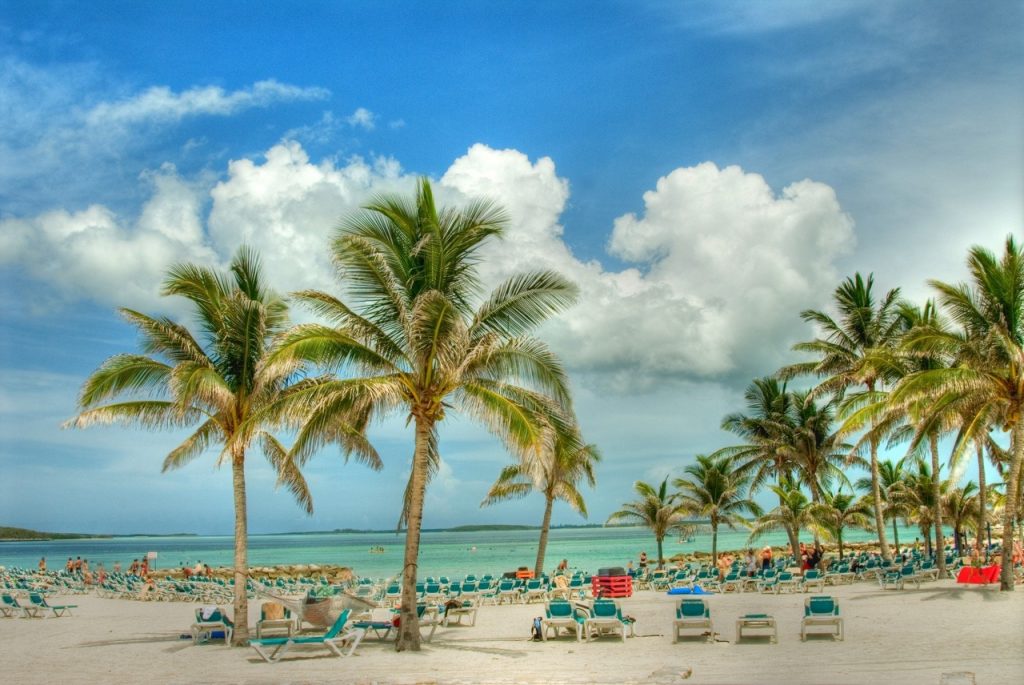 Explore Nassau the capital of the Bahamas, and a member of the British Commonwealth. It is the largest city in the Bahamas and its low-rise sprawl dominates the eastern half of New Providence Island.

Founded around 1650 by the British as Charles Town, the town was renamed in 1695 after Fort Nassau. Due to the Bahamas’ strategic location near trade routes and its multitude of islands, Nassau soon became a popular pirates’ den, and British rule was soon challenged by the self-proclaimed “Privateers Republic” under the leadership of the infamous Edward Teach, better known as Blackbeard. However, the alarmed British soon tightened their grip, and by 1720 the pirates had been killed or driven out.

Today, with a population of 260,000, Nassau contains nearly 80% of the population of the Bahamas. However, it’s still quite low-rise and laid back, with the pretty pastel pink government buildings and the looming giant cruise ships that dock daily.

Orienting yourself in central Nassau is fairly easy. Bay Street, which runs parallel to the shore, is the main shopping street, filled with an odd mix of expensive jewelry boutiques and souvenir shops. The hill that rises behind Bay St contains most of the Bahamas’ government buildings and company headquarters, while the residential Over-the-Hill district starts on the other side.

The climate is best described as subtropical. The area usually experiences very warm, humid weather throughout the year, with cool nights during wintertime occasionally, and cold snaps sometimes hitting the region. Snow was reported once.

Minibuses (locally know as jitneys) act as the bus system of Nassau city and New Providence island. Jitneys are found on and near Bay Street. A bus will typically wait until it’s full before departing. Understanding the various routes can be complex. Many have destinations painted on the bus, but there is no standard as they are run by multiple companies and individuals. Ask around for your destination. Note that there is no jitney that goes to Paradise Island (Atlantis Resort).

Payment is received by the driver when disembarking. No change is given, and there is no transfer credit for changing busses.

The Jitney is definitely a very inexpensive way to enjoy the local culture. Be aware that the jitneys stop operating between 6 and 7 PM. The only way back to downtown after 7 PM is by taxi which can be quite expensive.

Taxis, often minivans and always identifiable by their yellow license plates and little Gothic blackletter “Taxi” lettering, roam the streets of Nassau. They’re equipped with meters but will usually refuse to use them, so agree on the fare in advance.

What to see. Best top attractions in Nassau, Bahamas.

Get out of the hotel and try real Bahamaian fare. You can get greasy fish, sides and desserts at one of the holes-in-the-wall in downtown Nassau. On the upscale side, there’s no shortage of waterside seafood. Sbarros, McDonalds and Chinese restaurants are mixed in to satisfy the budget diner or someone who has had enough conch.

Nassau isn’t a spring break mecca for nothing. The club scene is nightly and rowdy.

You can also opt for an all-inclusive entertainment pass, which will include a schedule. Expect to follow this itinerary with at least 5,000 other co-eds. (It might be a good idea to pick up this schedule even if you don’t plan on participating. It will give you a good idea of places to avoid on certain nights.)

Drinks in clubs can get expensive, depending on the club and its location. Most locals “drink up” before going out, to defray this cost. Cocktails with rum at a club, will be strong.

Many of Nassau’s hotels are located outside the city core on Paradise Island or Cable Beach.

Paradise Island Located just across a bridge from Nassau, it is home to the lavish Atlantis hotel and resort.

Watch a video about Nassau