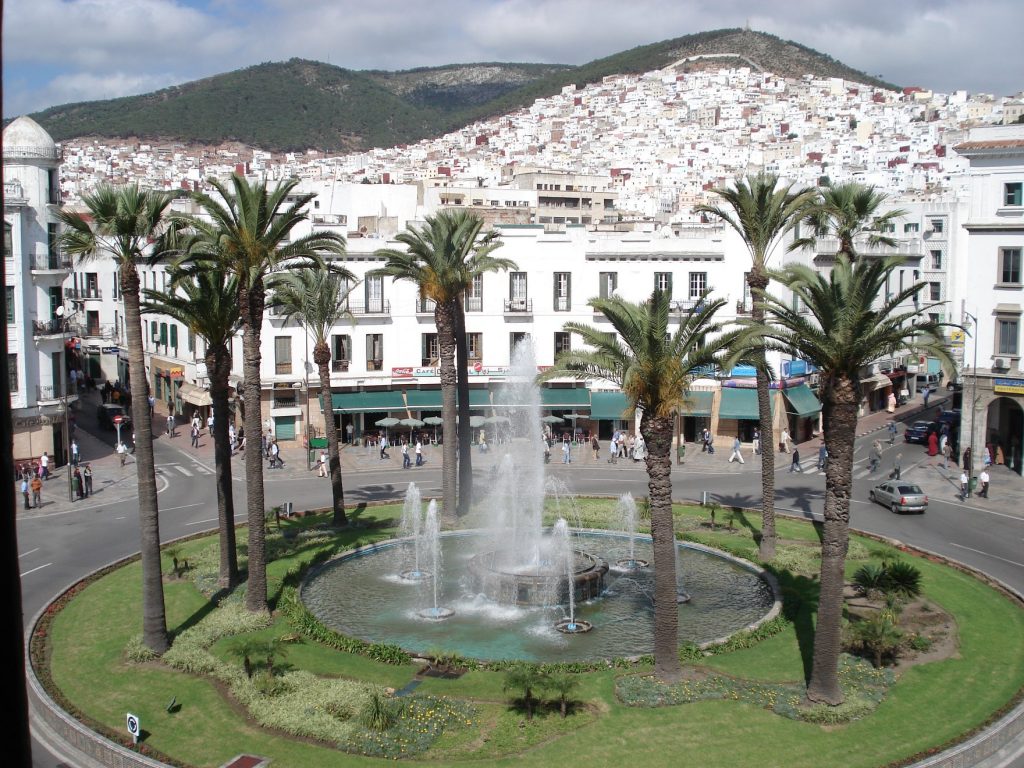 Explore Morocco a country located in North Africa that has a coastline on both the North Atlantic Ocean and the Mediterranean Sea. Morocco has got Moroccan Western Sahara independence in 1973. It has borders with Algeria to the east and the Spanish North African territories of Ceuta and Melilla on the Mediterranean coast in the north. It is just across the Strait of Gibraltar from Gibraltar.

Ethnically speaking, Morocco is composed mainly of Arabs and Berbers or a mixture of the two. Sizeable numbers of Berbers live mainly in the country’s mountainous regions, long areas of refuge where they have preserved their language and culture. Some segments of the population are descendants of refugees from Spain and Portugal who fled from the Reconquista, the Christian reconquest of the Iberian Peninsula that spanned until the 15th century.

The major resources of the Moroccan economy are agriculture, phosphates, tourism and textiles.

24 Apr–23 May. Exact dates depend on local astronomical observations and vary from one country to another. Ramadan ends with the Eid ul-Fitr festival extending over several days.

The biggest event on the Moroccan calendar is the month of Ramadan, during which Muslims fast during the day time and break the fast at sunset. Most restaurants are closed for lunch (with the exception of those catering specifically to tourists) and things generally slow down. Traveling during this time is entirely possible, and the restrictions don’t apply to non-Muslims, but it’s respectful to refrain from eating, drinking or smoking in public during the fast. However, outside tourist “trap” areas it may be difficult to find any food at all day. Surprisingly this applies even to cities like Casablanca. At the end of the month is the holiday of Eid al-Fitr, when practically everything closes for as long as a week and transport is packed as everybody heads back home. Although alcohol consumption is not prohibited for tourists during Ramadan, only a few restaurants and bars serve alcohol. In addition, alcohol can be purchased in a supermarket if a tourist shows their passport to the staff (Moroccans are not allowed to buy or consume alcohol during the holy month).

Royal Air Maroc  — More commonly known as RAM, is the Moroccan national carrier, as well as the country’s largest airline. RAM is fully owned by the government of Morocco, and has its headquarters on the grounds of Casablanca-Anfa Airport.

The main road network is in good condition. Road surfaces are good but roads are very narrow, in most cases only one narrow lane in each direction. Note that many roads in the south marked as sealed are actually only one lane total sealed with wide shoulders to be used every time you meet oncoming traffic.

Driving safely in Morocco takes practice and patience but can take you to some really beautiful places.

Rental firms abound in the large cities. Most worldwide rental networks have offices in Morocco. There are also several local rental companies (5-7 have rep offices in Casablanca airport). They offer lower prices.

Some tour operators will arrange for you to hire a 4×4 or SUV with a driver/guide, and offer customized itineraries, including advanced booking in hotels, riads, etc. most of the drivers are fluent in foreign languages (French, English, Spanish…).

French and Arabic coexist in Moroccan administration and commerce.

It would greatly enhance your visit, increase your understanding of signs and notices, and avoid difficult situations if you were to brush up on your high school French or embark on a course of Arabic. Some shop owners and hotel managers in urban centers also speak English

What to see and do in Morocco.

Don’t expect to see many banks in the souqs or medinas, although in larger cities there is often an ATM near the main gates, and even one or two inside the large souqs. You may also encounter “helpful” people who will exchange dollars or euros for dirhams. Unofficial exchange on the streets outside souqs or medinas doesn’t seem to exist.

ATMs can be found near tourist hotels and in the modern ville nouvelle shopping districts. Make sure that the ATM accepts foreign cards (look for the Maestro, Cirrus or Plus logos) before you put your card in.

Most businesses in Morocco accept credit cards(In big cities of course). Those that do are most likely to accept Visa or MasterCard however will often apply a surcharge to cover the cost of processing your transaction.

Apart from classic tourist souvenirs like postcards and trinkets, here are some things from this region that are hard to find elsewhere, or even unique:

What not to buy

Remember that bargaining in the souks is expected. It is not really possible to give an accurate indication of how much to start the bargaining at in relation to the initial asking price, but a general idea would be to aim for approximately 50% off.

What to eat in Morocco

Although a predominantly Muslim country, Morocco is not dry. You can legally buy alcohol when you’re 18. However, there is no minimum legal drinking age.

Alcohol is available in restaurants, liquor stores, bars, supermarkets, clubs, hotels and discos. Some Moroccans enjoy a drink although it is disapproved in public places. The local brew of choice carries the highly original name of Casablanca Beer. It is a full flavored lager and enjoyable with the local cuisine or as a refreshment. The other two major Moroccan beers are Flag Special and Stork. Also you can find local judeo-berber vodka, mild anise flavored and brewed from figs.

As a rule, do not drink tap water at all in Morocco, even in hotels, as it contains much higher levels of minerals than the water in Europe.

Bottled water is widely available. Popular brands of water include Oulmes (sparkling) and Sidi Ali, Sidi Harazem and Ain Saiss DANONE (still). The latter has a slightly mineral and metallic taste. Nothing with a high mineralization produced (so far?).

Any traveller will be offered (sometimes very sweet) mint tea at least once a day. Locally known as “Moroccan whiskey” due to its similarity in color, the small glasses it is usually drunk from, and the fact that most Moroccans do not drink alcohol, even the most financially modest Moroccan is equipped with a tea pot, a few glasses, and an almost reverent attitude toward sharing this drink with a guest. Sometimes the offer is more of a lure into a shop than a hospitable gesture — use your wits to determine when to accept. Before drinking, look your host in the eye and say “ba saha ou raha”. It means “enjoy and relax,” and any local will be impressed with your language skills.

Note that a solo woman may feel more comfortable having a drink or snack at a pastry shop or restaurant as cafes are traditionally for men. This doesn’t apply to couples though.

Moroccans have really taken to the internet. Internet cafes are open late and are numerous in cities and smaller towns that see significant tourist traffic. Speeds are acceptable to excellent in the north, but can be a little on the slow side in rural areas. Most internet cafes will allow you to print and burn CDs for a small charge.

Moroccans have also really taken to 4G coverage. There is excellent access to email and the internet via Mobile Phones and it is relatively cheap. As a result, there are fewer Internet cafes in tourist areas. There is 4G access throughout the mountains and in the desert, as well as in all cities.

Watch a video about Morocco