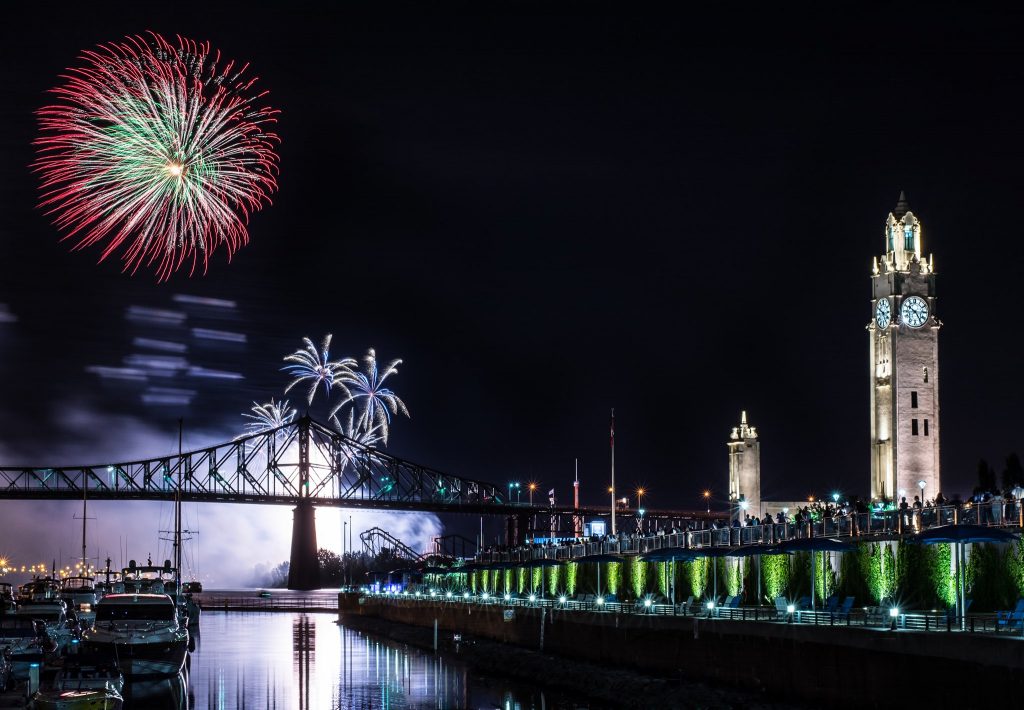 What to do in Montreal, Canada

During the winter, many parks offer the possibility to do cross-country skiing with groomed paths.

The greater Montreal area offers a number of large parks for year-round outdoor recreation. The most accessible are Parc du Mont Royal and Parc Lafontaine in the Plateau, Parc Jean-Drapeau offers the closest beach park, and Parc Maisonneuve, next to the Olympic Sports complex and Botanical Gardens. Further afield, Parc des Rapids and Parc Angrignon are in Le Sud-Ouest and Parc Rene-Levesque further West, with miles of bike paths and access to river surfing.

River surfing — Although the Saint Lawrence River is frozen nearly solid for four to five months out of the year, the waterway has become a magnet for aficionados of this new sport. Unlike their oceanic brethren, river surfers ride the standing waves in fresh waterways. The Saint Lawrence has two main hot spots for the sport: Habitat 67 is close to the bridge between Montreal and Ile des soeurs, the site of the 1967 expo and the Montreal Casino.

Just off the shore of the park in Lasalle are the Lachine Rapids. Huge waves, fast water, and loads of fun for Kayaks. Lessons are available on site in the huge eddy formed by the peninsula. Annual surf (rodeo) competitions at “Big Joe” (formerly called and sometimes still referred to as “Beneath the Wheel” by old schoolers). Other famous play waves on this set of rapids on the St. Lawrence River are, Istambul and Constantinople, Pyramid, Slice and Dice, Black and Decker, as well as HMF on the other side of the islands. For those seeking less of an adrenaline rush, there is always the Bunny Wave (La Vague a Guy) upstream near the bike path at Park Rene Lesvesque. Rafting these same rapids is also a fun option.

An interactive map of the cycle path network is available at the Vélo Québec website. Particularly pleasant places to cycle and skate include:

Square Saint-Louis, corner of rue Saint-Denis and rue Prince-Arthur, slightly north of rue Sherbrooke (metro Sherbrooke). A charming little park with majestic trees and a lovely fountain, lined with charming houses on three sides (the Institute of Hotel Techniques of Quebec hotel school is the fourth side). This was the site of the first water reservoir in Montreal.

Parc Lafontaine, from avenue Papineau to avenue du Parc Lafontaine and from rue Rachel to rue Sherbrooke. Ice skating on the lake in the winter, baseball, boules, and outdoor theatre in the summer. (metro Sherbrooke)

Parc Maisonneuve and Jardin Botanique de Montreal,  from rue Sherbrooke to boulevard Rosemont and from boulevard Pie-IX to avenue Viau (metro Pie-IX or Viau). The Jardin Botanique is one of the largest botanical gardens in the world and features the First Nations Garden, the Insectarium, and the Tree House, as well as 16 different themed gardens and greenhouses.

Parc du Mont-Royal, North of avenue des Pins, between avenue du Parc and chemin de la Côte-des-Neiges. This beautiful, immense urban park tops the “mountain” (at 232 meters, it’s more like a hill) that overlooks all of Montreal and lends the city its name. Designed by Frederick Law Olmsted, creator of Central Park and Prospect Park in New York, the park is elegant and accessible, and has hundreds of nooks and crannies to explore. A broad and gradual five mile bike and pedestrian path begins at the Monument Georges-Étienne Cartier (on Avenue du Parc, opposite the western end of rue Rachel, where the bike path continues), winding its way around the mountain and culminating at the Belvédère (lookout) and Chalet Mont-Royal, with incredible views of downtown, the St. Lawrence river, and the Eastern Townships. The Belevedere and Chalet are also accessible from downtown by the newly restored staircase, access via the path at the top of rue Peel. Numerous smaller paths and trails crisscross the park. For lazy visitors, or those with limited mobility, you can enjoy a wonderful view from the mountain by taking bus route 11, which stops at the lookout on Chemin Remembrance, as well as Beaver Lake. Every Sunday during the summer, thousands of people get together at the monument on Avenue du Parc to enjoy the big tam-tam jam.

Parc de l’Ile-de-la-Visitation, rue d’Iberville and boulevard Gouin.  This regional park is along the Riviere-des-Prairies. Quiet and enjoyable place to bring a lunch and relax for an afternoon. Good starting point for a cycling tour along the river.

Montreal has a bewildering variety of festivals, ranging from one-day ethnic fairs to huge international productions running two weeks or more. They are generally held in the summer and autumn, though increasingly they can be found throughout the year. Here are some of the larger ones:

Shakespeare-in-the-Park — During the summer in parks around Montreal, Repercussion Theatre puts on outdoor performances of Shakespeare plays free of charge. This summer, come watch Shakespeare-in-the-Park’s : Harry the King – The Famous Victories of Henry V. The tour starts on July 4 and goes on until August 2 with performances in different parks around the Greater Montreal area each night. Shows start at 7:00 pm and last until about 9:15 pm. For more information or to find a location near you visit their website: http://www.repercussiontheatre.com/productions/shakespeare-in-the-park/harry-king/

Festival du Monde Arabe — In November, an annual festival celebrating the music and culture of the Arab world takes place in Montreal. Many Arab performers, traditional and modern, take the stage.

Festival Mondiale de la bière — Annually, in early June: Five days of tasting beers, ciders, and other beverages from all over Quebec, Canada and further afield. 2004’s event boasted over 340 different beers from 130 countries. There is no admission fee (but you can buy a souvenir sampling mug for about $8) and samples typically sell for three to four tickets ($1 a ticket) for a 150-200 ml sample. There are also scheduled musical performances and food kiosks. The festival can get very busy at peak times (Friday and Saturday evening of the event), so it is advisable to arrive early to avoid possible long queues.

Montreal International Fireworks Competition, in La Ronde amusement park (in Parc Jean-Drapeau). This fantastic festival features full-length fireworks displays, accompanied by orchestral music, by national teams from about a dozen countries around the world. Although the hot seats are inside the La Ronde theme park, the fireworks are visible from pretty much any clear space or rooftop in the centre of the city. Pedestrians can watch from Jacques Cartier Bridge, which is closed from 8PM on fireworks nights. Another good spot is the promenade west of the Old Port. $35-45 (seats in La Ronde, free everywhere else). Saturdays 10PM from mid-June to late July, plus Wednesdays 10PM from mid-July on.

Fete de St-Jean-Baptiste — June 24th is Quebec’s national holiday (Fête nationale). During the evening, a huge show takes place at Maisonneuve park. This is the show to go to hear Made-in-Quebec music. Free. Street parties can also be found all over the city.

MURAL festival — Started in 2013, this festival features many local and international street artists painting gigantic murals that will redefine Main Street (Saint-Laurent Boulevard) for the year to come. Along with live mural painting, MURAL features over 2 km of open-air market on Saint-Laurent Boulevard which closes to traffic for the occasion. Explore the murals for yourself. June.

International Festival of Film on Art – organization devoted to the promotion and presentation of the finest productions on art and media art. A ten-day competitive festival, it is the most important annual event of its kind in the world. FIFA has become a focal point for artis and artisans from the art and film communities, as well as for art and cinema enthusiast.

Montreal International Jazz Festival — The world’s largest jazz festival, this festival is a major international event, attracting many big name artists. Many streets in downtown Montreal are closed off to traffic for two weeks and several concert stages are set up. There are numerous free outdoor shows and indoor concerts (paid). Late June – early July.

POP Montréal International Music Festival — A massive feast of up-and-coming bands in a variety of popular genres. In early fall, host to more than 80 events, 300+ artists, a conference, an arts fair, and more! POP Montreal showcases emerging and innovative artists alongside rising international stars and is committed to encouraging vibrant indie communities.

Francofolies — A festival celebrating French music. Similarly to the jazz festival, many free outdoor concerts are offered in a section of downtown that is closed off to traffic for a week. June.

MUTEK — An annual gathering, held in Montreal, during the first week of June. The MUTEK festival showcases emerging forms of electronic music and the latest trends in sound creation.

Igloofest  — A electronic music festival held at the Old Port over several weekends in late January and February each year, billed as the coldest music festival in world.

World Film Festival — The Festival is open to all cinema trends. The eclectic aspect of its programming makes the Festival exciting for the growing number of participants from the five continents. Every year, films from more than 70 countries, including well-known and first-time filmmakers alike, are selected. There are usually free outdoor projections every night. Late August to early September.

Canadiens, Ice hockey, Canada’s national winter sport: Bell Centre (Centre Bell), 1260 rue De La Gauchetière (metro Lucien-L’Allier or Bonaventure). One of the greatest institutions in Quebec culture. If you want to see a game, it helps to know someone with tickets, as they generally sell out within minutes of going on sale. They are widely available through unofficial channels and scalpers, but be prepared to shell out as they don’t come cheap!

Alouettes, Football (Canadian Football League), Percival Molson Stadium (Stade Percival-Molson), avenue des Pins at University (playoffs: Olympic Stadium). A dominant team in recent regular seasons, the Als have won the Grey Cup three times since being reborn in 1996, including back-to-back in 2009 and 2010. Molson Stadium is an excellent place to see a game, but tickets can be hard to come by. The team has sold out every game in the facility since moving there in 1998.

Impact, Association football (soccer), Saputo Stadium (Stade Saputo) located at 4750 Sherbrooke street East and Viau in the Olympic Park (metro Viau). One of the newest teams in Major League Soccer, and the league’s third team in Canada, joined MLS in 2012. The previous version of the Impact was a consistent contender in several different leagues (including three in the last three seasons before the team joined MLS) at the U.S./Canada second level. Stade Saputo reopened in June 2012 after a major expansion project; the Impact will also use nearby Olympic Stadium for occasional home games.

Formula 1 Grand Prix — Circuit Gilles Villeneuve hosts a race of so called ‘pinnacle of the motorsport’ almost every year. The best drivers of the world compete during a three-day event which gathers about 100,000 spectators and is considered one on of the classics of this discipline.