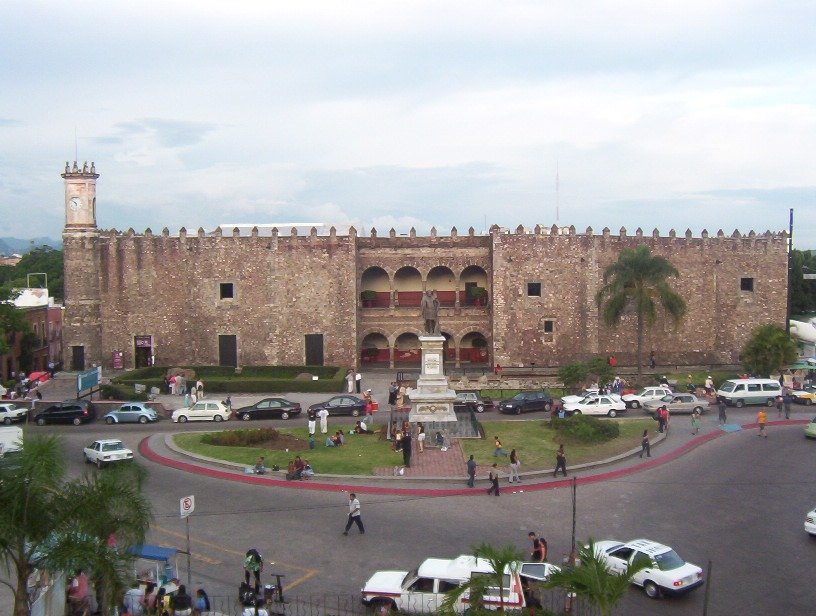 Explore Mexico a fascinating country in North America, lying between the United States of America to the north, and Guatemala and Belize to the southeast. Its extensive coastlines of more than 10,000km include the Gulf of Mexico and the Caribbean Sea to the east and the Pacific Ocean to the west. Mexico has pleasant and warm weather, unique food, art and archaeology, pyramids, museums, haciendas, superb architecture and 21st century cities, weather from Snow Mountains in the Sierras, to rainy jungles in the Southeast and desert in the Northwest, numerous golf courses, excellent fishing, and world-class destinations like Acapulco, Cancun, Cozumel, Los Cabos, and Mazatlan. Mexico is ranked as the 7th major destination for foreign visitors, according to the World Trade Organization.

Mexico is one of the most popular tourist countries on the planet. Much of the tourist industry revolves around the beach resorts as well as the altiplano in the central part of the country. Visiting the northern interior allows visitors to get off the beaten path a bit. American tourists tend to predominate on the Baja peninsula and the more modern beach resorts (Cancún and Puerto Vallarta), while European tourists congregate around the smaller resort areas in the south like Playa del Carmen and colonial towns like San Cristobal de las Casas and Guanajuato.

High and low, rugged mountains; low coastal plains; high plateaus; temperate plains with grasslands and Mezquite trees in the northeast, desert and even more rugged mountains in the northwest, tropical rainforests in the south and southeast {Chiapas, Campeche, Yucatán y Quintana Roo} semiarid in places like {Aguascalientes, San Luis Potosí} and temperate coniferous and deciduous forests in the central part of the country {Mexico City, Toluca}.

Copper Canyon (Barrancas del Cobre) – An exotic destination for travelers looking for a unique remote adventure! An awesome mountain trail ride — one of the greatest in the world — takes you upwards over 2438 metres on the CHEPE, the Chihuahua al Pacifico Railway. Hiking, horseback riding, birding, and Tarahumara Indians. Copper Canyon, the Sierra Madre and the Chihuahuan desert of Mexico. This area is designed for adventurous individuals who will tolerate some rough travel to get to their point(s) of interest (although the famous train ride isn’t demanding at all). Copper Canyon, a magnificent remote wilderness is not likely ever to become a mass market destination.

Sea of Cortez – See whale birthing’s, swim with dolphins, and sea kayak in the warm waters of the Sea of Cortez, along the eastern coast of Baja California, near La Paz. And the sunsets at Puerto Peñasco and San Carlos are not to be missed.

Monarch Butterfly Breeding Sites – Protected natural areas in the highlands of the state of Michoacán. Millions of butterflies come to the area between November and March of each year, although numbers have declined sharply recently. See them before they’re all gone. Enjoy the natural biodiversity at the Agua Blanca Canyon Resort.

Sumidero Canyon – From docks on the Rio Grivalva (the only major river within Mexico) near Tuxtla Gutiérrez in Chiapas state, tour launches take you into this steep-walled National Park. You’ll likely see vast flocks of flamingos, pelicans, and other waterfowl, as well as crocodiles.

Travelling in Mexico is most practical by bus, car, or air. Passenger transport by train is almost non existent.

The legal driving age in Mexico is 16 with parental supervision and 18 without supervision.

Mexico does not have an official language at federal (national) level. Mexico has 68 recognized languages, but Spanish is the main one. Bilingual signs in Spanish and English might be available in popular tourist destinations.

English is understood by many in Mexico City as well as by some tourist workers in popular tourist places, but nevertheless, most Mexicans don’t speak English. Educated Mexicans, especially younger ones, and professional businessmen are the people most likely to speak some English. The most popular foreign languages to learn within Mexico after English are French, Italian, German and Japanese.

What to do in Mexico

Euros are generally not accepted by merchants, and even banks headquartered in Europe may refuse to accept euros for exchange. On the other hand, most banks and exchange offices (“casas de cambio”) will widely accept them.

If you have brought cash in US dollars or euro, the best places to change your money are at your arrival airport (such as MEX and CUN), where many money exchanges are located already in the arrival hall (where you can also compare some exchange rates and choose the most convenient).

Credit and debit cards are widely accepted in Mexico. As in the rest of North America, Visa and MasterCard are universally accepted and American Express is less widely accepted. You can use them at ATMs as well as in most department stores, bigger restaurants, gas stations, but be sure that outside cities you always carry sufficient cash in pesos in your pocket, and generally verify the possibility to pay with card before consumption. Smaller (often family run) businesses often accept only cash. Many retailers will demand an additional fee or surcharge (eg, an extra 5%) for credit cards or will impose a high minimum charge like USD50. Also, you cannot get a lower price if you haggle, unless you pay cash.

While many Pemex stations accept credit cards, especially in locations that have heavy tourist traffic, some do not. Travellers who intend to pay by credit card should always ask the attendant if their card is accepted before the attendant starts the gas pump.

ATMs are ubiquitous and are often bilingual with English menus available.

ATMs in smaller towns often run out of currency. Check with the bank (or locals) about the best time to use the ATM and never wait until the last minute to get cash.

For basic supplies, your best options are supermarkets like Comercial Mexicana, Soriana, Casa Ley, or Gigante. Walmart, Sam’s Club, and Costco also have many stores throughout the country.

The most ubiquitous convenience store chain is Oxxo, which can be found on nearly every other block in major cities. Kiosks and 7-Eleven are also growing rapidly.

Indigenous Art A visit to anywhere in Mexico will give one the opportunity to buy art made in the “old world” manner that reflects the diverse ethnicity of Mexico. Included in these articles would be textiles, wood carvings, paintings and carved masks that are used on sacred dances and burials.

All major Mexican resort cities are dotted with numerous souvenir shops where one can find the usual souvenir junk embossed with the city´s name: T-shirts, ceramic mugs, tote bags, key chains, shot glasses, etc. Note that while many of these items are produced in Mexico, they are often actually mass-produced in factories for the entire country (this is especially true of items with a generic, vaguely Mexican theme or logo). So if you visit multiple Mexican cities within the same year, you will likely recognize many of the exact same souvenirs available in those cities, except that each has been customized with that particular city’s name. (Although to be fair, the quality of those souvenirs is sometimes quite good.) Most souvenir stores are local operations, although there is one major chain, Fiesta Mexicana, that operates stores throughout the country.

Things to not buy

Department store goods. The major department stores in Mexico are Liverpool, El Palacio de Hierro, Sanborn, and Sears. However, because of Mexico’s low per capita wealth and high taxes, most tourists are unlikely to be impressed by the selection or quality of goods available. There is a reason why so many Mexicans who can qualify for US tourist visas prefer to do most of their department store shopping in the United States.

What to eat and drink in Mexico

Mexicans have a somewhat relaxed sense of time, so be patient. Arriving 15 minutes late is common.

Places nearby to visit

Over Tenosique, La Palma, by boat on the river Rio San Pedro to Naranja (Guatemala). This route is not used by many and still has a touch of adventure. Stay firm when negotiating over the price. Absolutely important! Make sure you get your passport stamped before you leave Naranja or you might catch one of the rare buses back and take a walk through the jungle as the emigrations office is part up the river between the Mexican border and the village.

Watch a video about Mexico