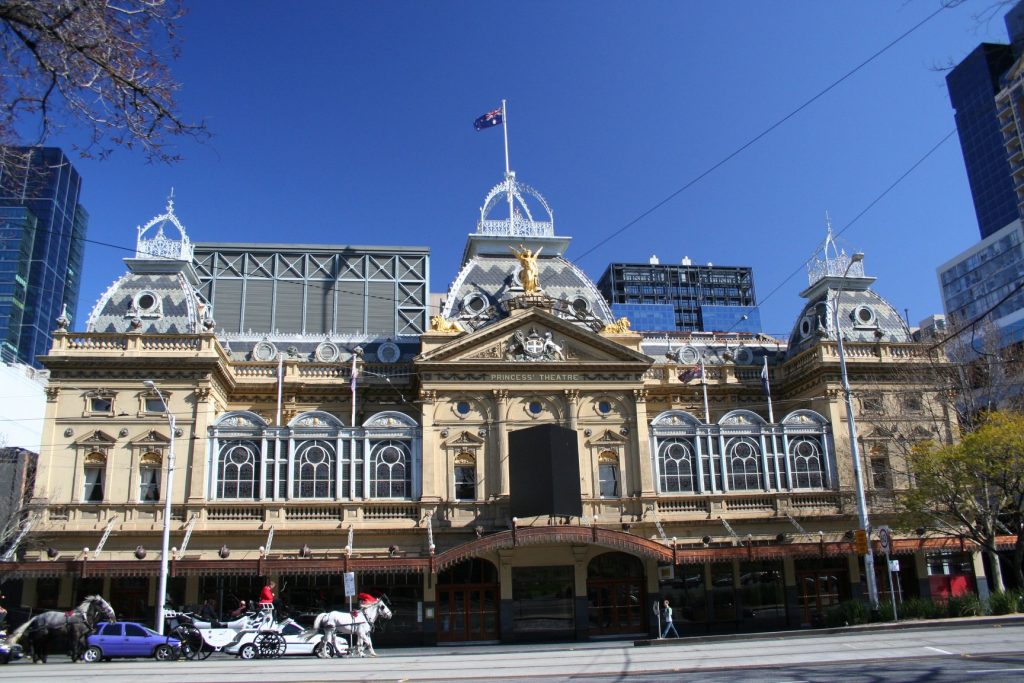 Explore Melbourne at the head of Port Phillip Bay, Australia‘s second largest city and the capital of the south-eastern state of Victoria. Serving as Australia’s undisputed cultural capital, Melbourne is bursting with Victorian-era architecture, famed cafés, great bars and restaurants, extensive shopping, museums, galleries, theatres, and large parks and gardens. Its nearly 5-million residents are both multicultural and sports-mad, and the city has year-round festivals, sporting events and the best of Australian culture on display.

Melbourne is famous as the host city for a range of major international sporting events such as the Australian Open, Melbourne Cup Carnival and Formula 1 Grand Prix. It also features some of the world’s most popular art galleries and museums (National Gallery of Victoria, Melbourne Museum) and internationally acclaimed festivals (Melbourne International Comedy Festival, Melbourne International Film Festival, Melbourne Fringe Festival). The city is also represented by its world-famous street art, coffee culture, pubs and live music… most of which can be found tucked away in a large number of iconic laneways. Frequently named as the World’s Most Livable City, Melbourne is close to and features many gardens, national parks and areas that are home to some of Australia’s iconic wildlife (The Great Ocean Road, Grampians National Park, Phillip Island, and Royal Botanic Gardens). Indigenous sites, museums and experiences (Koorie Heritage Trust, Birrarung Marr, Bunjilaka Aboriginal Cultural Centre) maintain a vital link to the people and culture of the First Nations.

Innumerable great restaurants, cafés, pubs and clubs abound in the city, often hidden down its famous grid of heritage listed and street art-covered laneways. The centre of Melbourne throbs with life, reflecting the residents’ pride in its regular award as “the world’s most livable city”.

Entertainment, (including a superb art and theatre complex, ballet, opera, and more), fine dining, plus some inexpensive cafes and the vast Crown Casino and entertainment complex. River trips depart from Southbank.

Parkville is famous as the university district, whereas Carlton is well-known for Lygon Street, world famous for its authentic Italian culture and cuisine. Parkville features Melbourne Zoo and many gardens and leafy areas, contrasting with the high-energy multicultural vibes of the hipster mecca of Brunswick.

Footscray is an occasionally run-down, working class suburb with a cool, multicultural vibe. It features cheap markets, dozens of Vietnamese and East African shops and restaurants. Yarraville is a quieter suburb with well-preserved Victorian architecture and a funky, artsy vibe including the famous Sun Theatre.

Melbourne is famous for being capable of showing ‘four seasons in one day’ and has a temperate climate with distinct seasons and usually mild weather.

The Kulin Nation (as it is known to the peoples of the First Nations) has existed in present-day Melbourne for an estimated 60,000-100,000 years. The area has been inhabited by five First Nation groups continuously since this time, with unique cultural ceremonies such as Tanderrum surviving to this day.

Melbourne is often called the cultural capital of Australia, with its many art galleries, film festivals, orchestras, choral and opera productions, vibrant live music scene, and a strong food, wine and coffee culture. People in Melbourne tend to dress up more than in Sydney, partly due to the colder climate. Many bars and clubs have strict dress regulations, such as requiring collars and dress shoes for men.

Sport is integral to Australian culture and Melbourne is the unquestioned sporting capital of Australia. Two major sporting administrations base their operation in Melbourne: Cricket Australia and the Australian Football League (AFL). The Melbourne Sports Precinct is a 15 minute walk from the CBD and features Melbourne Park, AAMI Park and the world famous Melbourne Cricket Ground (MCG), a major tourist attraction in the world’s top 10 largest stadiums with crowds regularly exceeding 100,000 people. The city also features numerous other sporting venues that draw large crowds and enthusiastic supporters year round.

Cricket is also a big draw card in the summertime, and the Melbourne Cricket Ground (the ‘MCG’) is one of the world’s most famous cricket grounds. The National Sports Museum (NSM) (including the Racing Museum) -Australia’s only dedicated multi-sports museum- is also located at the MCG. One Day Test matches (annual) and The Ashes series (quadrennial) are the most popular events and often hosted at the MCG, with crowds often exceeding 90,000 spectators.

Horse racing is another key sporting event, with the Spring Racing Carnival running between the AFL and Cricket seasons from October to November. The carnival makes use of Flemington and Caulfield race courses and features world-famous races, principally the Melbourne Cup. The majority of the state has a public holiday on the first Tuesday of November as Melbourne Cup race day, whilst other horse racing events in the carnival, such as Derby Day and Oaks Day, combine to draw crowds in excess of 400,000 yearly.

Each January, Melbourne hosts the Australian Open, one of the world’s four Grand Slam Tennis championships played on hard-court. It is the largest annual sporting event in the southern hemisphere with in excess of 700,000 attendees and over $55,000,000 in prize money.

Melbourne has hosted the first race of the Formula One season, the Formula One Grand Prix since 1996. The race is held around Albert Park Lake in South Melbourne and draws in excess of 90,000 attendees for main race day.

Melbourne has wildlife both in and out of the city, and is the gateway to Victoria: Australia’s most bio diverse state. Victoria has 516 bird species recorded – 54% of Australia’s birds in just 3% of Australia’s land area.

Parks and reserves outside of Melbourne have the most to offer the wildlife enthusiast. East of Melbourne is generally cool, wet forest – home to Superb Lyrebirds, King Parrots, Wombats & Wallabies. The Far East Gippsland also has a spectacular coastline and mountain forests with Platypus, Goannas, Greater Gliders and wild Dingoes (but you have to be out at night to see them). West of Melbourne is largely drier open woodland and plains – home to koalas, Eastern Grey Kangaroos, Kookaburras & Cockatoos. The far north-west – the Mallee – is very dry, known for Malleefowl, Major Mitchells Cockatoos, Regent Parrots, Emus and lots of reptiles.

Melbourne has an excellent network of bike paths, plus a generally flat terrain, making pedal-power a great way to take in the city. Most paths are “shared footways” under the law, although the majority of users in most places are cyclists. This means cyclists should expect to share the path with pedestrians, dog-walkers, rollerbladers, joggers, prams and tricycles. Some trails contain on-road sections (in marked bike lanes). It is legal to cycle on footpaths only when supervising cycling children or when the path is marked or signposted as allowing bikes. Helmets are required by law, and care should be taken when cycling near slippery tram tracks, where many have gotten injured in the past. Reflective clothing and lights are essential for safe night rides.

The major car rental chains are well-represented and include Redspot, Avis, Budget, Europcar, melbourne Hertz, Thrifty. Independent car rental companies are also plentiful and can offer good value for money. If you are looking to cover a long distance by car, ensure your rental policy includes unlimited mileage – most economy to standard sized car rental include this already.

The City Centre, including nearby Southbank and Docklands has much to attract the traveller, including theatres, art galleries, cafés, boutiques, plenty of live music, clubs and bars, department stores, and interesting Victorian architecture. Most of the most well-known attractions in Melbourne, most notably:

What to do in Melbourne, Australia

Shopping hours in metro Melbourne are typically 7 days a week, 9AM-5:30PM. Most suburban shopping centres such as Chadstone have later closing hours on Thursdays and Fridays – mostly up to 9PM. Supermarkets have extended hours 7 days, the majority opening at 7AM and closing at midnight or 1AM, however there are many 24 hour supermarkets around.

Alcohol in Victoria can be purchased at licensed shops/venues and supermarkets often have an adjoining bottle shop, which close earlier than supermarket hours.

What to eat and drink in Melbourne

Payphones are easily found through the city, but many are being phased out due to growing mobile phone ownership. These phones are coin-operated or use prepaid Phone cards, which are available from most convenience stores or newsagents. International calling cards are also available at these outlets.

Internet cafes are dotted throughout the city, especially near the backpacker enclaves of St Kilda and Flinders Street. Speeds are usually excellent.

The Australia-wide emergency number is 000, with the ambulance service, fire department and police being available through this number.

Melbourne is consistently ranked amongst the 10 safest cities in the world by the Safe Cities Index. It can occasionally attract the opposite reputation within Australia due to media beat-ups, however it is unlikely visitors will encounter any crime and normal safety precautions are recommended.

Melbourne has a strong police presence, as does the remainder of Victoria. Police in Melbourne and throughout Australia are extremely helpful, honest, respectful and reliable. Police will nearly always treat you how you treat them and remaining respectful at all times is recommended. It is sometimes possible to receive a warning for a minor offence (in place of a fine) by showing contrition and respect for the Officer. Never attempt to bribe a police officer in Melbourne, or the rest of Australia.

Places to see within an hour’s drive of central Melbourne.

Watch a video about Melbourne