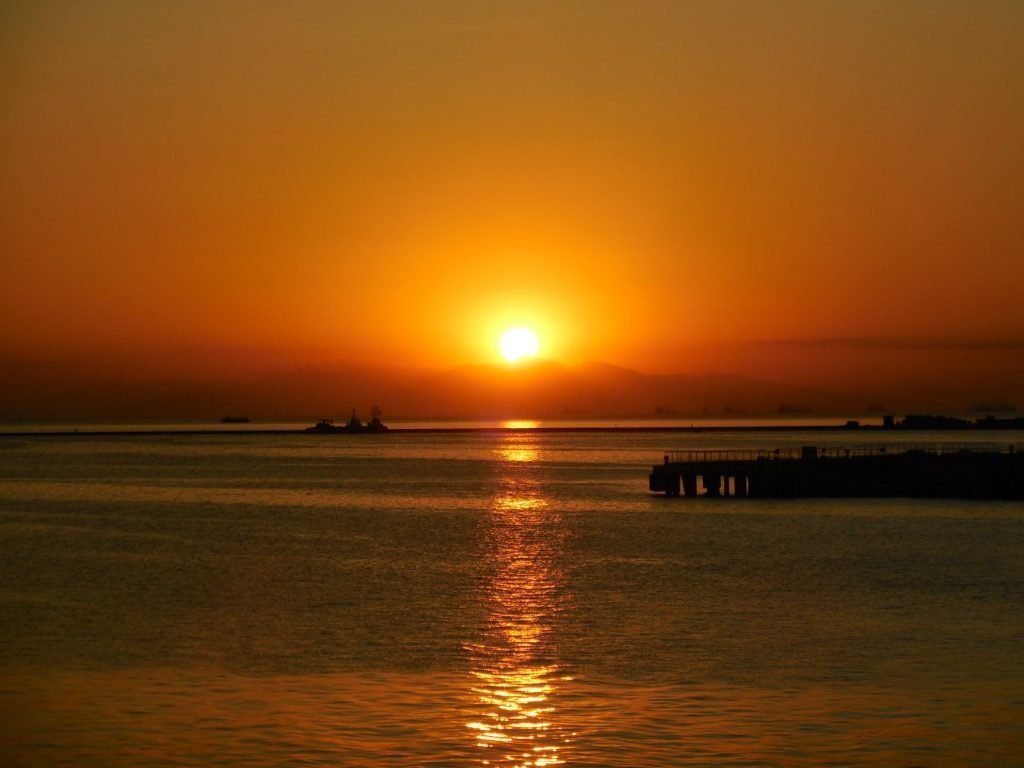 Explore Manila the capital of the Philippines and the nation’s center of education, business, and transportation. Manila has a reputation as a congested, polluted concrete jungle, and is often overlooked as a mere stopover for travellers aiming to reach other Philippine provinces or islands. To an extent this reputation is deserved, but Manila is nevertheless rapidly developing and has its own rich history and experiences to offer. The city is sprawling, bustling, and culturally complicated, with a colorful multi-cultural heritage and varied nightlife.

For over three centuries Manila was colonized and administered by Spain which left an enduring architectural heritage throughout the Philippines, especially with respect to churches, forts and other colonial buildings which can still be seen in the ruins of Intramuros, built in the late 16th century. Manila began as a settlement on the banks of the Pasig River, and its name originates from “Maynilad,” referring to the mangrove plant known as Nilad, which was abundant in the area. Prior to the arrival of the Spanish in the 16th century, Manila was home to Muslim-Malays, who were descended from the Arabs, Indians, East Asians and other Southeast Asians. In 1571, 50 years after Magellan’s discovery of the islands, Spanish conquistador Miguel López de Legazpi claimed the Philippines as a colony and established Manila as its capital.

Manila has a tropical savannah climate and along with the rest of the Phillipines lies entirely within the tropics. This means that the city experiences very small seasonal variations, while humidity persists year-round (74% on average).

Although there are more than 170 indigenous languages in daily use, the most widely understood and, alongside English, one of two official languages, the language of Manila is Filipino and it is commonly spoken in many homes. English is widely spoken in Manila as well. English is the language of the government and the preferred choice for formal written communications, be it in school or business.

What to See. Best top attractions in Manila, Philippines.

What to do in Manila, Philippines.

Banks and exchange offices are available in the airport and surprisingly, they offer better rates than the numerous money changers elsewhere around town. There is no commission. Most regular banks outside the airport will only change foreign currency for their own customers so you will probably be forced to use a money changer. The farther it is from the Tourist Belt Area, and the nearer it is around a town or city public market, the better the exchange rate is. Safety is not a problem especially if you change them during busy hours (safety in numbers). Be sure to count everything and put them safe in your person before you leave the premises.

Money can be withdrawn from ATM and they are also everywhere. The Philippines are one of the countries with the most available ATM machines per capita.

A part of the Philippine’s bustling capital is a remarkable melting pot of Asian, Oceanic, and Latin cultures, which are thick with history and flavor in tune with most traveler’s interests. The best way to get a feel for Manila shopping is to go to a ‘tiangge’, a market of stalls where everything can be bargained. Market! Market!, St. Francis Square, Greenhills Shopping Center and Tiendesitas in Pasig City are examples of such. There are shopping centers catering to handicrafts, antiques, and curio souvenirs. Aside from Ilalim ng Tulay in Quiapo are the shops in the districts of Ermita and Malate around M. Adriatico, A.Mabini, and M.H. del Pilar.

If you are interested in a Western-type mall, you cannot pass SM Mall of Asia, currently the 4th largest mall in the world. Warning to shopaholics and their spouses: You could spend a day there and still not see every shop or have to time to ice skate. That’s right, there is an ice rink as well.

Manilans, or Filipinos in general are avid mallers, the Philippines outranking affluent Thailand, Malaysia, or Indonesia, and to some degree, competing with Japan and China in mall per capita. It’s best to see these living museums to observe Filipino behavior and culture.

Public markets are one microcosm of Manila. Practically, Manilans from all walks of life come here to buy their everyday needs. They are as lively and colorful as any market in Thailand, Laos, Cambodia, or Vietnam. Generally, they are divided into wet and dry sections and another section for dining. Dining is very cheap and can be wholesomely hygenic.

If you happen to see just about every Tom, Dick, and Harry in a blighted neighborhood in Manila wearing Abercrombie & Fitch & Levis jeans, chances are it’s original and bought at Ukay Ukays. How can they afford it? Ukay Ukay is the answer. It’s the Philippines’ answer to Salvation Army. Nowadays, they are everywhere and Manilans love them. Ukay ukay happens to be a contraction of the Tagalog word “Hukay” meaning to dig, the description for the exact action done while rummaging through the bins of clothes. But there are actually no bins installed in those stores, only clothes neatly hanged on the racks. For less than $2, one can find hand me down good qualities of branded wear. The more enterprising provide home delivery and roaming services by hanging them on racks installed on pedicabs, as they make the run on neighborhoods. Judging by the unaffordable cost of living to most of the middle class and the soaring gasoline prices, they may be here to stay.

It’s also great for the budget tourist who would not want to have the hassle of packing and carrying tons of clothes by simply buying them here, then discarding them somewhere as his piles of souvenirs accumulate.

Make sure you buy the traditional barong Tagalog. These are long shirts made of very light-weight, semi translucent material, often with Filipino arts and decorations and are worn by both men and women on most special Filipino and formal occasions. Cotton varieties are much more affordable, but for the real deal, go for one made by the strands of a pineapple leaf. It is worn outside trousers – ie not “tucked in”.

If you really want to look the “bee’s knees” travel to the Visayan island of Negros and buy some barongs hand woven from Abacá fibre (used to be called Manila Hemp – made from the trunk of Musa textilis, a species of banana native to the Philippines) with geometric design details from the mountains to the west ofBais City.

Manila is a national hub of regional cooking and has almost all the regions of the Philippines represented – either in exclusively regional eateries or featured with other cuisines. General restaurants, either catering for the working class or the elite, can offer varied dishes coming from every region and cater for almost everyone’s taste palette. For example, the northern region called Ilocos has its favorite fare called Pinakbet approved by practically everyone but still closely identified as Ilocano fare.

Here are just some of the regional dishes that feature in the restaurants, canteens, and carinderias in Manila:

When it comes to dining, in a nutshell, Filipino food can be described as timid in flavor, not much creativity, as well as care for presentation. Food is trained to have only one dominant flavor – either the bitterness, the sweetness, the sourness, the saltiness, or the umaminess is enhanced. For some reason, the ingredients used don’t have that wide range like those in Malaysia, Vietnam or Thailand, its closest neighbors.

Only half a century of American rule was enough to establish burgers and fried Filipino chicken as daily staples, while tapsilogan are where you need to go for access traditional Filipino cuisine which still has all of the delicious and unique elements that unite the food traditions here.

Filipinos are great lovers of McDonalds and Pizza Hut, their dining style and menus. Hotdogs on sticks, hotdogs on buns, hamburgers or cheeseburgers, pizzas, and spaghettis are all popular. Their pictures proliferate everywhere, be it as street food or sit-in meal. Manilans also love donuts, particularly from Mister Donut whose products are not as sweet as its American counterparts.

Manila has most of the usual American fast food chains such as McDonald’s, Burger King, Wendy’s, Pizza Hut, Subway, Dairy Queen, Shakey’s Pizza, Taco Bell, Dunkin Donuts, TGIF, Italianni’s, Outback, and KFC. Jollibee, the Filipino counterpart of McDonald’s is eclipsing its American-based competitor, who has long held a dominant position in the city.

Coffee shops such as Starbucks and Seattle’s Best have also recently become quite common in malls and commercial centers. Meals could be as low as US$2-3 in most fast food joints. A typical burger meal with fries and a drink would fall under this range.

A very localized drinking experience in Manila are beer gardens (or beerhouses as commonly called). They are scattered mostly around the working districts of Sampaloc, Santa Mesa, Quiapo and even the tourist belt areas of Ermita and Malate. Every city in the metropolis has practically its own adult entertainment strip, block, or district where these establishments can be found. These are heavily sexualized. It’s mostly working class men and those working in the military and police establishments who are the clientele with young sexy and provocatively dressed waitresses or euphemistically called GROs or Guest Relations Officers serving the customers. Some beer gardens take it up a level higher and have entertainment on the sides with scantily two-piece suit dancers taking turns on the stage. The kind of food served somewhat resemble the Spanish Tapas style ranging from the simple such as peanuts, corn, and peas – boiled or deep fried to mundane such as fried pork, beef, chicken to the adventurous such as other body parts – ears, gizzards, livers, hearts, intestines, brains, balls, blood, and what have you.

For establishments resembling the western version of a pub, these establishments are concentrated in Remedios Circle in Malate district a very important hub of nightlife, as well as in Bonifacio Global Village in Taguig City, Tomas Morato in Kamuning District in Quezon City, and Eastwood in Libis District, Quezon City. Bohemian Malate, the older Ermita neighborhood and the Baywalk that stretches between them contains a variety of venues serving a combination of food, comedy, alcohol, and live music.

Watch a video about Manila