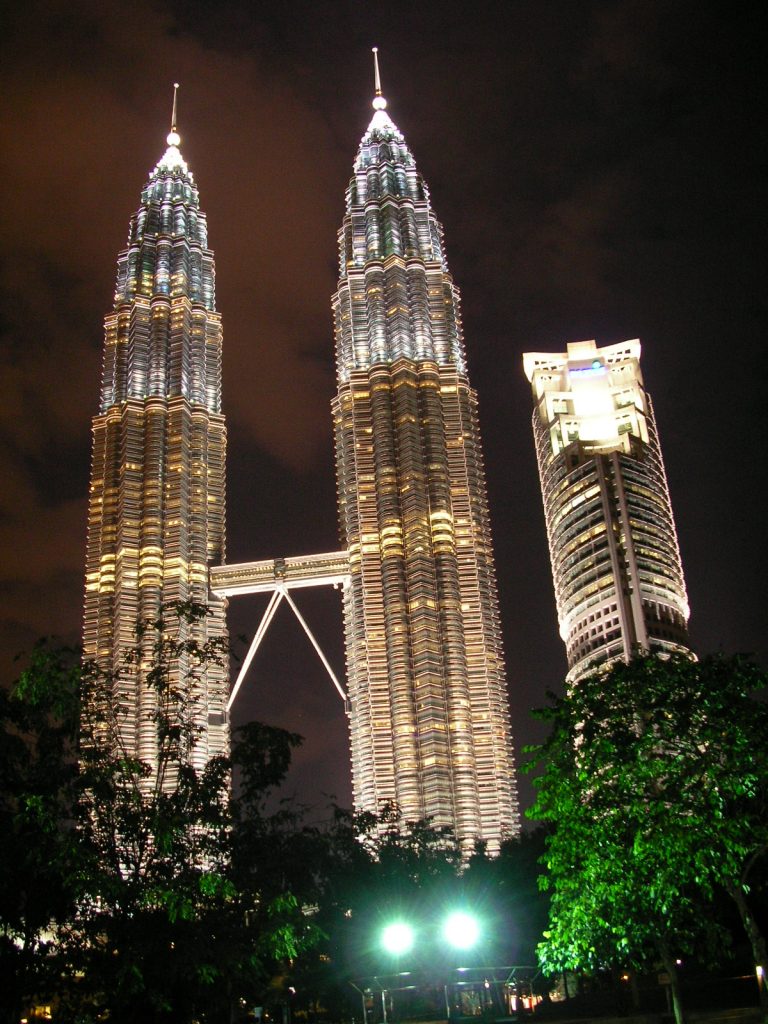 Explore Malaysia a country in Southeast Asia, located partly on a peninsula of the Asian mainland and partly on the northern third of the island of Borneo. Malaysia is a mix of the modern world and a developing nation. With its investment in the high technology industries and moderate oil wealth, it has become one of the richest nations in Southeast Asia. Malaysia, for most visitors, presents a happy mix: there is high-tech infrastructure and things generally work well and more or less on schedule, but prices remain more reasonable than, say, Singapore.

Before the rise of the European colonial powers, the Malay peninsula and the Malay archipelago were home to empires such as the Srivijaya, the Majapahit (both ruled from Indonesia, but also controlling parts of Malaysia) and the Melaka Sultanate. The Srivijaya and Majapahit empires saw the spread of Hinduism to the region, and to this day, many Hindu legends and traditions survive in traditional Malay culture.

Malaysia is a multicultural society. While Malays make up a 52% majority, there are also 27% Chinese, 9% Indian and a miscellaneous grouping of 13.5% “others”, such as the Portuguese clan in Melaka and 12% of indigenous peoples (Orang Asli). There is hence also a profusion of faiths and religions, with Islam, Christianity, Buddhism, Taoism, Hinduism, Sikhism and even shamanism on the map.

One of the significant characteristics of Malaysian culture is its celebration of various festivals and events. The year is filled with colorful, exhilarating and exciting activities. Some are religious and solemn but others are vibrant, joyous events. One interesting feature of the main festivals in Malaysia is the ‘open house’ custom. This is when Malaysians celebrating the festival invite friends and family to come by their homes for some traditional delicacies and fellowship.

Other major holidays include Chinese New Year (around January/February), Deepavali or Diwali, the Hindu festival of lights (around October/November), the Buddhist holiday of Wesak (around May/June), and Christmas (25 December).

The climate in Malaysia is tropical.

Malaysia is close to the equator, therefore warm weather is guaranteed. Temperatures generally range from 32°C at noon to about 26°C at midnight. But like most Southeast Asian countries, Malaysia’s sun-shining days are interrupted by Monsoon season from November and February every year, and night temperatures can hit a low of about 23°C on rainy days.

Malaysian Immigration authorities started fingerprinting visitors on arrival and departure in 2011 and these fingerprints may well find their way to your country’s authorities or other non-state agencies.

English is compulsory in all schools and widely spoken in the larger cities, as well as around the main tourist attractions, although in rural areas a little Malay will come in handy.

What to see. Best top attractions in Malaysia.

Foreign currencies are not generally accepted, although you might get away with exchanging some Euros or US dollars even in more remote areas, but do expect a lot of stares and some persuasion.

Banks and airports are not the best places to exchange money if it is not urgent. Licensed money changers in major shopping malls often have the best rates – be sure to say the amount you wish to exchange and ask for the ‘best quote’ as rates displayed on the board are often negotiable, especially for larger amounts.

ATMs are available in most cities and generally accept Visa or Mastercard. Make sure to check the logo on the ATM machine that matches to your card (such as Cirrus, Maestro, MEPS, etc.). Most major establishments in big cities accept credit cards. In rural areas, mainly cash are accepted. Just ask before doing any purchase. Some, but not all shops and attractions accept card payment, although be aware that if your card is not ‘chip & pin’ it may not be accepted.

Kuala Lumpur is a shopping mecca for clothes, electronics, watches, computer goods and much more, with very competitive prices by any standard. Local Malaysian brands include Royal Selangor and British India. Traditional Malaysian fabrics (batik) are a popular souvenir. The cheapest place to easily buy ethnic souvenirs (especially wood-based) is in Kuching, East Malaysia, and the most expensive place is in the major, posh Kuala Lumpur shopping centres.

In general shops are open from 10.30AM-9.30PM (or 10PM) in the large cities. Shops open and close for business earlier in the smaller towns and rural areas.

What to eat in Malaysia

Malaysians like both coffee (kopi) and tea (teh), especially the national drink teh tarik (“pulled tea”), named after the theatrical ‘pulling’ motion used to pour it. By default, both will be served hot, sweet and with a dose of condensed milk; request teh o to skip the milk, teh ais for iced milky tea, or teh o ais for iced milkless tea. Drinking with no sugar at all is considered odd, but asking for kurang manis (less sugar) will ease the pain. However, if you really want no sugar at all, you can try asking for “teh kosong.”

Another peculiar local favorite is the kopi tongkat ali ginseng, a mixture of coffee, a local aphrodisiacal root, and ginseng served with condensed milk that’s touted as an alternative to viagra and red bull combined and is usually advertised with a picture of a bed broken in half.

Other popular nonalcoholic options include the chocolate drink Milo, lime juice (limau), and sirap bandung (a rose-flavored milky drink). Freshly made fruit juices are also widely available, as well as a wide range of canned drinks (some familiar, some less so).

Topically and, perhaps, politically incorrect, is a local drink comprised of white soya milk and black grass jelly (cincau) called a Michael Jackson and can be ordered at most hawker centre and local roadside cafes (“mamak”)

Although Malaysia has a Muslim majority, alcohol is available freely in restaurants, pubs, night clubs, convenient stores, supermarkets and even hawker stalls for the consumption of its non-Muslim citizens & visitors. Tax-free islands such as (Labuan, Langkawi, Tioman) and duty free shops (for example in Johor Bahru), prices are comparatively cheap compared to other states.

In East Malaysia, particularly Sarawak, tuak is a common affair for any celebration or festivals such as Gawai Dayak and Christmas Day. Tuak is made from fermented rice which sometimes sugar, honey or other various condiments are added. It is normally served lukewarm without ice. Visitors can choose from ‘strong’ flavour of tuak (which is normally being fermented for years), or ‘mild’ flavour (which sometimes just being prepared a week or even a day before). In Sabah, cheap liquors are very widely available at most supermarkets and mini markets in the state. Other alcoholic drinks such as beer and whisky are also widely available. On the other hand, Tuak in Kelantan is also can be considered as liquor since that it contains trace amount of fermented nipah or sap juice. The alcohol content in Kelantan tuak can easily reach 50% after 3 days from the time it was extracted.

Tapai, consists of cassava that is fermented and eaten as a food (though the liquid in the bottom can also be drunk).

WARNING: Malaysia treats drug offenses extremely severely. The death penalty is mandatory for those convicted of trafficking, manufacturing, importing or exporting more than 15 g of heroin, 30 g of morphine, 30g of cocaine, 500g of cannabis, 200g of cannabis resin and 1.2 kg of opium, and possession of these quantities is all that is needed for you to be convicted. For unauthorized consumption, there is a maximum of 10 years’ jail or a heavy fine, or both. You can be charged for unauthorized consumption as long as traces of illicit drugs are found in your system, even if you can prove that they were consumed outside the country, and you can be charged for trafficking as long as drugs are found in bags that are in your possession or in your room, even if they aren’t yours and regardless of whether you’re aware of them – therefore be vigilant of your possessions.

Never bring any recreational drugs into Malaysia, even as a transit passenger. Possession of even minimal amounts can lead to a mandatory death sentence.

Drunk driving is a serious offense and breathalyzer tests by the police are common. You should not offer bribes at all – if found guilty you can be sentenced up to 20 years in jail! Anyone who tries to bribe public officials may be arrested on the spot and placed in a lock-up overnight to be charged for the offence in the morning. If this happens on a Friday or on eve of public holidays, you will find yourself spending a few nights in the lock-up as the courts are only open Monday to Friday. Do not let this dissuade you from requesting help – generally Malaysian police are helpful to tourists. You should just accept whatever traffic summons you are being issued.

Tap water is drinkable straight off the tap as it is treated (depending on location), but even locals boil or filter it first just to be on the safe side. When travelling it is best to stick to bottled water, which is very affordable.

Malaysia is one of the first countries in the world to offer 4G connectivity. Free Wi-Fi is easily available in almost all restaurants, fast-food outlets, shopping malls, City-wide wireless connections and in some hawker stalls. Prepaid Internet cards are also available to access wireless broadband, in some cafes.

Watch a video about Malaysia 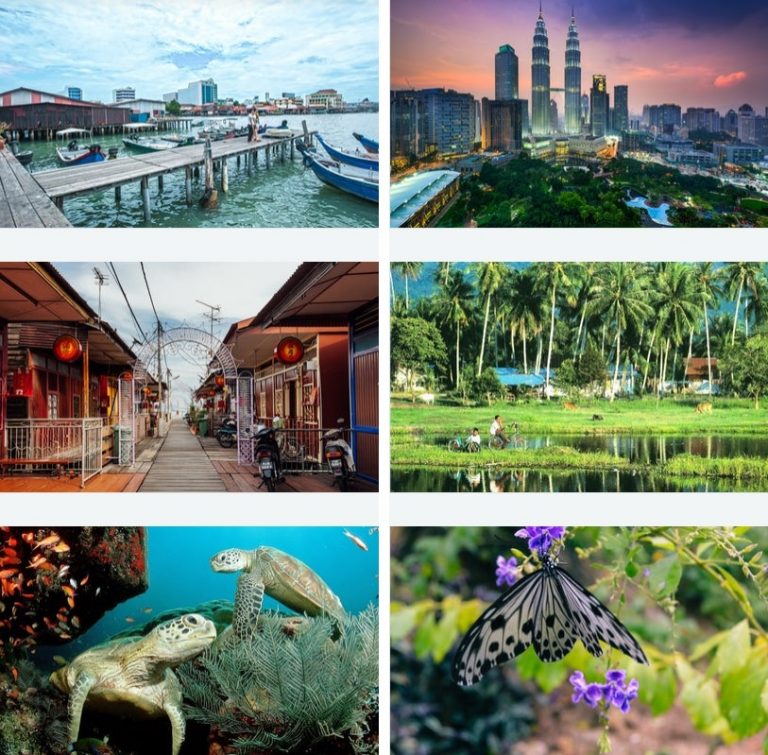