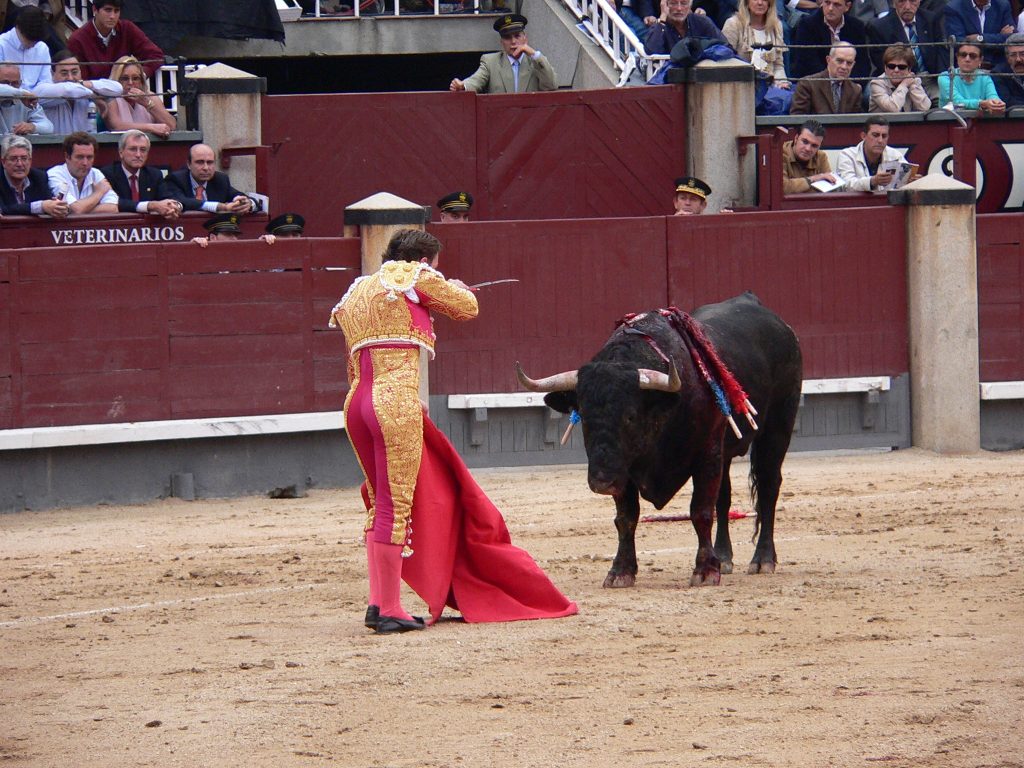 What to see in Madrid, Spain

Puerta del Sol. This plaza is the heart of Madrid and one of the busiest places in the city – a hub for the local transit system, a favorite meeting spot for locals, a visible area for festivals or political demonstrations, and a opportune location for tour guides, street performers, pickpockets and anyone else looking to take advantage of all the tourists on hand. In the center of the plaza sits the Statue of King Charles III on horseback, facing the Royal Post Office (Real Casa de Correos), the red-and-white building adorned with a clock tower on the plaza’s south side. Originally the building served as Madrid’s first post office, then the police headquarters under Franco before being transformed into its current use as the office of the President of Madrid, the head of the regional government. The clock tower is noteworthy for being the center focus of New Year’s celebrations every year, which are broadcast across Spain and mark the traditional eating of the Twelve Grapes (one for each ring of the bell) and the beginning of a new year. In front of the building is Kilometer Zero (Kilómetro Cero), a plaque showing the point where the measuring of national highway system begins. On the east side of the plaza is the famous Bear and the Madroño Tree Statue, a bear climbing a madroño tree, which is the symbol of Madrid. Nearby the giant neon Tío Pepe sign sits above the plaza and is a famous fixture of this area.

Plaza Mayor. Perhaps the best known plaza in Madrid, this impressive square is now one of the main stops on any tourist visit. Originally built outside the city walls, this enclosed square has played host to bullfights, markets, symphonies, tournaments and executions. Today it is ringed with tourist shops, cafes and restaurants. The statue of Philip III sits in the middle across from the Casa de la Panadería, a beautifully painted building with two towers on the north side of the square (not to be confused with the other building with two towers on the opposite side) which once served as the headquarters of the bakers’ guild and now houses a tourist information office. Access to the square is via one of the many arcades which connect to the surrounding pedestrian streets.

Mercado de San Miguel. Near Plaza Mayor is this indoor market, identifiable by its ornate iron posts. Built in 1913, it’s full of a wide range of high quality food. Even if you’re not buying anything, it’s worth entering for the sights and smells of dried ham, fine wine, freshly baked goods and other treats from the vendors inside.

Plaza de la Villa. The main square during Middle Age, as Calle Mayor (High Street) was the main street as well. It houses the former City Hall, the former Academy of Fine Arts and the Archbishopric.

Royal Palace. The palace is occupied by the Spanish monarch if the Royal Standard flies from the vacant right-hand flagpole

Palacio Real, Calle Bailen. M-Sa 9:00-17:00, Su and holidays 9:00-15:00, closed occasionally for official ceremonies. The Palacio Real (Royal Palace) is an enormous palace, one of the biggest in Europe, with scorching plains of concrete around it. Though it is the official residence of the King of Spain, the royal family does not actually reside here and it is generally used only for state ceremonies. The Royal Palace is considered to be one of the most emblematic and beautiful buildings in Madrid, not only for its location on a bluff overlooking the river valley but also for its architecture and the artistic treasures to be found in its rooms. A simple one-way tour of the palace (both self-guided and guided are available) takes you up the grand stairway and through the lavishly decorated state rooms with their elegant tapestries, frescoes, porcelain, carvings and added decor like china, silverware, medals, etc. From the courtyard you can access the Farmacia (Pharmacy), which contains hundreds of bottles of early medicines and a reconstructed laboratory, and the Real Armorial (Royal Armory), a two-story collection of medieval weapons and armor. Explanations in the armory are in Spanish only, so do not expect to understand much unless your know the Spanish names for all that medieval weaponry. The lines to get in are very long, especially on Wednesday when the place is free – try to go early. Photography inside the palace is not allowed.

Plaza de Oriente, Calle Bailen. Located between the Palacio Real and the Teatro Real. Baroque-style gardens surround a large monument to Philip IV. Dozens of statues of other kings line the gardens. In good weather there are often a number of street performers here.

Catedral de la Almudena. This massive cathedral faces the Palacio Real. Finished near the end of 20th century, it is where the Princes of Asturias Felipe and Letizia were married in 2004.

Plaza de España. A prominent square on the northwest side of central district, adjacent to two of the tallest buildings in Madrid: the Torre de Madrid (the taller, white one) and the Edificio España (the red and white one). The square contains a large fountain and a sculpture of Cervantes and his famous Don Quixote and Sancho Panza characters.

Gran Vía. Literally “Great Way” (better translated as “Broadway”), Gran Vía is one of the busiest avenues in Madrid. Running from Plaza de España to Plaza de Cibeles, it is the location of the cinema district and a number of shopping malls and is lined with large billboards and lights. There’s a constant buzz of traffic and life – 3-4am early morning traffic jams are not unusual.

Plaza de Cibeles. A massive roundabout at the intersection of Calle de Alcala and Paseo del Prado, this plaza houses one of Madrid’s emblems, the Fountain of Cibeles, which portrays the Roman goddess of fertility sitting upon a chariot pulled by two lions. On the southeast corner dominating the Plaza is one of the world’s most beautiful city halls, the Palacio de Cibeles (formerly the Palacio de las Comunicaciones), an impressive structure with a jaw-droppingly spectacular facade. Inside, the building holds a cultural center with changing art exhibits and info on Madrid, and you can climb to the upper floors for some excellent views out the window. On the southwest corner of the square sits the imposing Bank of Spain (Banco de España) building, while the northeast corner is home to the Palacio de Linares, which holds the Casa de América, a cultural center with an art gallery of Latin American works.