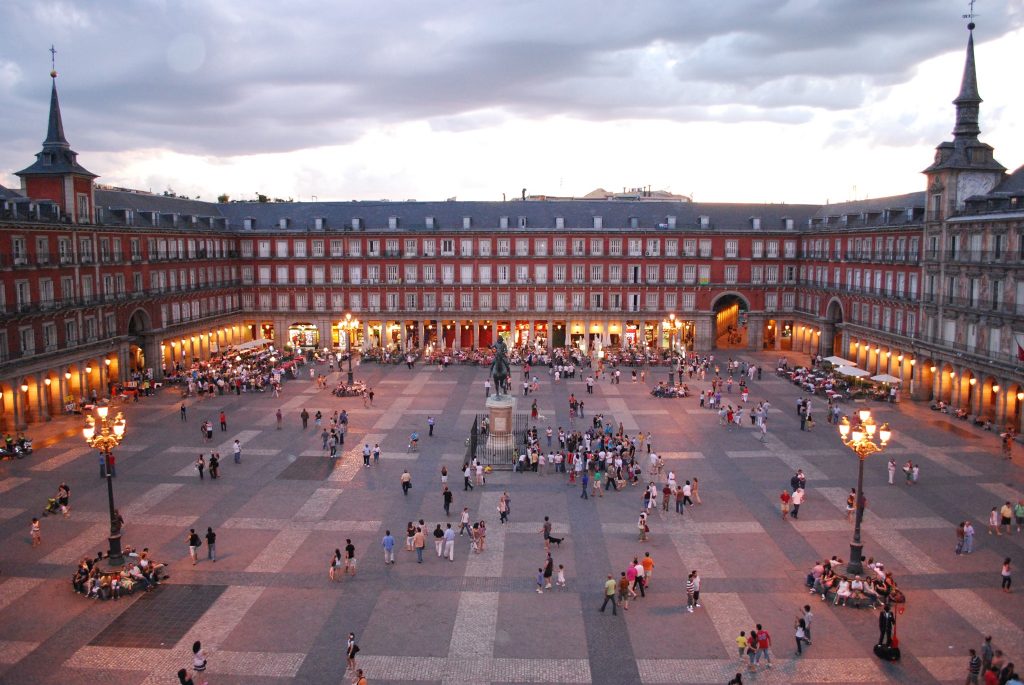 Alcalá de Henares — A UNESCO World Heritage site. Alcalá de Henares was the world’s first planned university city. It was the original model for the Civitas Dei (City of God), the ideal urban community. This city has a lot of interesting places to visit like its university founded in 1499 which became famous as a centre of learning during the Renaissance. One of the most important features of Alcalá de Henares is that it is the city where the famous writer of Don Quixote, Miguel de Cervantes, was born where you can visit his natal house.

Aranjuez — A UNESCO World Heritage site. Aranjuez is an excellent day trip away from Madrid. Highlights include the Palacio Real, the summer home for the Bourbons and the lavishly designed Casa del Labrador near the Tagus River. There are some excellent restaurants serving the local specialty, asparagus. To get there, catch a local train (Cercanía C-3, direction Aranjuez) from either the Atocha or Chamartin stations. It takes around 45 minutes from Atocha station, or around 55 minutes from Chamartin station.

Ávila — A UNESCO World Heritage site, with its city center surrounded by the Walls of Avila, the most complete fortification in Spain from the 11th century. An hour and a half away by train, from Chamartin station.

Chinchon — A typical Spanish town that retains its character from the 1700s.

El Escorial — A UNESCO World Heritage site. A mountainous retreat home to Spain’s largest monastery, the Royal Monastery of San Lorenzo de El Escorial. To get there, catch a local train from either the Atocha or Chamartin stations. It is just over one hour from Atocha station or around 55 minutes from Chamartin station.

Segovia — A UNESCO World Heritage site. Medieval city home to a famous Roman aqueduct and the Spanish Mint (It doesn’t belong to Madrid region, but it’s quite close and worth a visit). It is about a 2 hour train ride from Atocha station or 1 hour and 45 minutes from Chamartin station on the regional trains, or as fast as 30 minutes on the high speed trains.

Toledo — A UNESCO World Heritage site. Medieval walled city and former capital of Spain. It’s about a 30 minute train ride from Madrid Atocha station, with plenty of art (del Greco) and architecture (one of the best cathedrals in Europe) so very worthy of a day trip but more worthy of a night. But it is on the late spring and the early summer nights that it reaches its beauty peak, simply breathtaking, do not miss it. A word of warning, Toledo is on every ones itinerary from Madrid nowadays and has been spoiled somewhat by rampant commercialism and exploitation of tourists. The sites to see no longer come cheap.

Valle de los Caídos — The memorial to all soldiers killed during the Spanish Civil War, it is the world’s largest free-standing Christian cross and houses Franco′s tomb. The construction was ordered by Franco and carved from the rocks through the labor of Republican prisoners of war.

Sierra de Guadarrama — A mountainous area north-east of Madrid probably reached most easily by Renfe Cercanias to Cercedilla on the line to Segovia. There is a special Renfe Cercanias line, narrow gauge and often single track, from Cercedilla through glorious scenery to Los Cotos. This is only yards from an entrance to the Peñalara Nature Park.