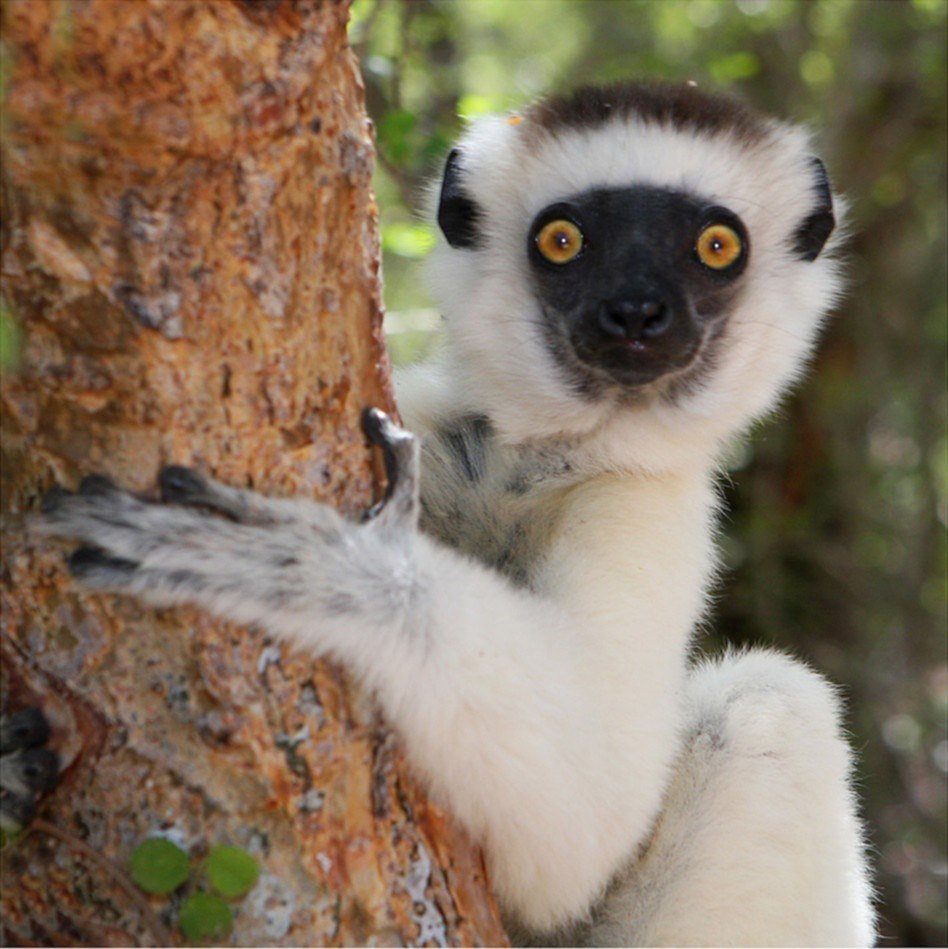 Explore Madagascar a country that occupies a large island of the same name, located in the Indian Ocean off the eastern coast of Africa. It is the fourth largest island in the world.

The first people arrived in Madagascar between 350 BC and 550 AD from Borneo on outrigger canoes. These Austronesian first settlers were joined around 1000 AD by Bantu migrants crossing the Mozambique Channel.

Other groups such as Arabs, Indians, and Chinese continued to settle on Madagascar over time, each one making lasting contributions to Malagasy cultural life. The Malagasy way of thinking includes a mixture of cultures, as well as their appearance and fashion style. It is a melting pot. Madagascar is part of the African Union.

Madagascar’s long isolation from the neighboring continents has resulted in a unique mix of plants and animals, many found nowhere else in the world. This has led some ecologists to refer to Madagascar as the “eighth continent”. Of the 10,000 plants native to Madagascar, 90% are found nowhere else in the world. Madagascar’s varied fauna and flora are endangered by human activity, as a third of its native vegetation has disappeared since the 1970s and since the arrival of humans 2,000 years ago, Madagascar has lost more than 90% of its original forest. Most lemurs are listed as endangered or threatened species.

The eastern, or windward side of the island is home to tropical rainforests, while the western and southern sides, which lie in the rain shadow of the central highlands, are home to tropical dry forests, thorn forests, and deserts and xeric shrublands. Madagascar’s dry deciduous rain forest has been preserved generally better than the eastern rainforests or the high central plateau, presumably due to historically low population densities.

The climate is tropical along the coast, temperate inland, and arid in the south. Madagascar has two seasons: a hot, rainy season from November to April, and a cooler, dry season from May to October.

The airport is located right next to the city Ivato with cheap public transport to Tana center.

Discover the Malagasy fruits and dishes. You can taste what is in season at little cost: crayfish, bananas, cinnamon apples, sambos, zebu sausages, oranges.

By car is the only inexpensive way to get around, but Madagascar’s roads are almost all of very low grade (with the exception of 2 routes leading out of Tana). Many roads are studded with potholes and are quagmires in the rainy season. Be warned that travel by road will almost always take much more time than you would normally expect. Hire of a 4WD vehicle can reduce this problem but the cost will be higher but still very cost effective. Due to the poor condition of the roads many car hire companies will only rent you a car if you use one of their drivers. In most cases, the driver can act as your guide and translator as well.

French is the second official language of Madagascar. The government and large corporations use French in everyday business, but 75-85% of Malagasy only have limited proficiency in this language. Attempts by foreigners to learn and speak Malagasy are liked and encouraged by the Malagasy people.

Tourist workers and some government officials will have a reasonable command of English.

What to see. Best top attractions in Madagascar.

Tsingy de Bemaraha is a UNESCO World Heritage Site and is Madagascar’s largest reserve (152,000 hectares). The fascinating raised limestone plateau is decorated with a frail, chaotic razor-sharp collection of pinnacles, the “Tsingy”, also called the Labyrinth of Stone. Areas of deciduous forest also provide the chance to see brown lemurs and a variety of bird life, we may also meet the rare all white Decken’s sifaka. The great variety of flora includes: aloes, orchids, numerous pachypodium and baobabs. The deciduous forest is home to over 50 species of birds; 7 species of lemurs (including the all-white Deckens sifaka) and the rare stump-tailed chameleon (Brookesia perarmata). The site of Bemaraha is managed under special UNESCO and access is restricted and the areas you are allowed to visit vary from time to time. Located approximately 180 km north of Morondava.

Tsingy de Ankarana is a small version of the Tsingy de Bemaraha. This park in the north is on the national road to Antisirana and thus easily accessible. The park also is home to three types of lemurs, chameleons.

Avenue of the Baobabs is an extra-ordinary stand of huge baobab trees. Located 45 minutes north of Morondava on Madagascar’s west coast it is one of the most visited sites in the Menabe Region. A candidate as one of the 7 Wonders of Africa; efforts are underway to protect this unique grove of more than a dozen trees. Some of the trees, Adansonia grandidieri, are over 800 years old and reach a height of 30+ meters. Truly a photographers paradise and especially beautiful at sunset

What to do in Madagascar.

Kite and Windsurfing, Emerald Sea (Fly to Diego). Between April and November there is a constant 30 knot wind making this one of the best surfing spots in the southern hemisphere.

Guided Kayaking, Ile Sainte Marie. See the country from a different angle. Explore the coastline of beautiful Sainte Marie with a local guide. Overnight at different local hotels each night and interact with the people. Explore villages and relax in hidden coves. Crystal clear and calm water – no experience required and one does not have to be ultra-fit.

Deep Sea Fishing, Nosy Be. Get away from the overfished waters of Nosy Be and head out, in luxury, to the Radamas or Mitsio islands. Sailfish, Kingfish, King Mackerel and Wahoo all waiting for you. The waters off the south west coast are also good for fishing.

Wildlife Tour. Madagascar’s plant and animal species are extraordinary (over 80% exist nowhere else), so visitors shouldn’t miss seeing the Lemurs, Tortoise, Geckos, Chameleons and unusual flora. Roads are dismal, however, and the country’s minimal infrastructure makes it challenging for independent travellers. Book a tour with a reputable company that knows the country well.

There are MCB or BFV or BNI banks ATMs in most cities and towns. Visa cards and Master cards are accepted.

Shoppers will find much to buy in the country. Spices, such as vanilla, are a great souvenir and a great value.

An exception to all of this is transportation, which can be ruinously expensive for the casual traveller. Air Madagascar charges tourists double on all tickets. Limited public transportation means that the only alternative to a taxi-brousse (which can be erratically scheduled or not available in many areas) is a private car or boat hire.

Voanjobory sy henakisoa, a traditional dish in Madagascar made of Bambara groundnut cooked with pork

The cheapest way to get a meal is to eat at a “hotely” or at market places. Simple meals include a plate of rice, laoka (malagasy for side dish accompanying rice) like chicken, beans or pork, and rice water. ‘Compose’ is a small salad that often includes potato salad and some other vegetables. The same is also available on a baguette. Soups in various kinds, often including pasta are also very popular.

Bananas (hundreds of varieties) and rice cakes (Malagasy ‘bread’) are staple ‘street food’ and available everywhere. Coffee is very good, usually hand-made by the cup and served very sweet with condensed milk. Steak-frites is available in restaurants in the larger towns.

There are three big supermarket chains in Madagascar. Shoprite, Score and Leader Price. all three Western style supermarket chains are well stocked, but the expensive prices reflect the need to import just about everything. There are many Shoprite and Leader price branded goods but also some more local produce (veg, spices etc, far cheaper than any of street markets). Shoprite is a slightly cheaper and has stores in Antananarivo, Mahajanga, Toamasina and Antsirabe. (Shoprite is a South African owned chain with stores in 15 African countries)

While in general tap water is considered not safe, in most cities it seldom causes problems. Bottled water can be found almost everywhere. The same holds for Fanta, Coca Cola, … Bonbon Anglais, and various beers like Three Horses Beer (THB), Castel, Queens, Skol, … Locals often drink rum because it is much cheaper than beer. Natural and not so natural juices can also readily be found. Another option is ranon’apango (RAN-oo-na-PANG-oo) or rice water (water used to cook rice, which will therefore have been boiled) which is often served when eating in local places. It’s particularly important to plan ahead if visiting rural areas. It is worth taking with you some chlorine tablets, which can be used to make the local water drinkable.

Home brewed rum, and creme de coco, is also available – in many flavours!

Everyday life in Madagascar is regulated by numerous fady (taboos) which vary from one region to another. They can forbid foods (pork, lemur, turtle… ), wearing clothes of a particular color, bathing in a river or a lake. Observance of “fady” is mostly limited to rural areas, as tourists will most likely not run into this problem if they stay in the main towns. However, there are fadies in places such as Antananarivo but most Vazaha are exempt.

Fady are attributed to ancestors, to whom Malagasy adopt a respectful attitude whatever their religion. It is safest to respect these prohibitions and not violate them, even if you feel they don’t make sense. Inform yourself about local fady when you arrive in a new place.

When addressing anyone older than you or in a position of authority (e.g. police, military, customs officials), use the word “tompoko (TOOMP-koo)” the same way you would use “sir” or “ma’am” in English. Respect for elders and authority figures is important in Madagascar.

Do not ever take photos of a tomb without permission. Always ask permission before taking photos. Also, if you go to a remote village or hamlet, it is fomba, or tradition, that you first meet with the head of the village if you have business in the village.

Watch a video about Madagascar