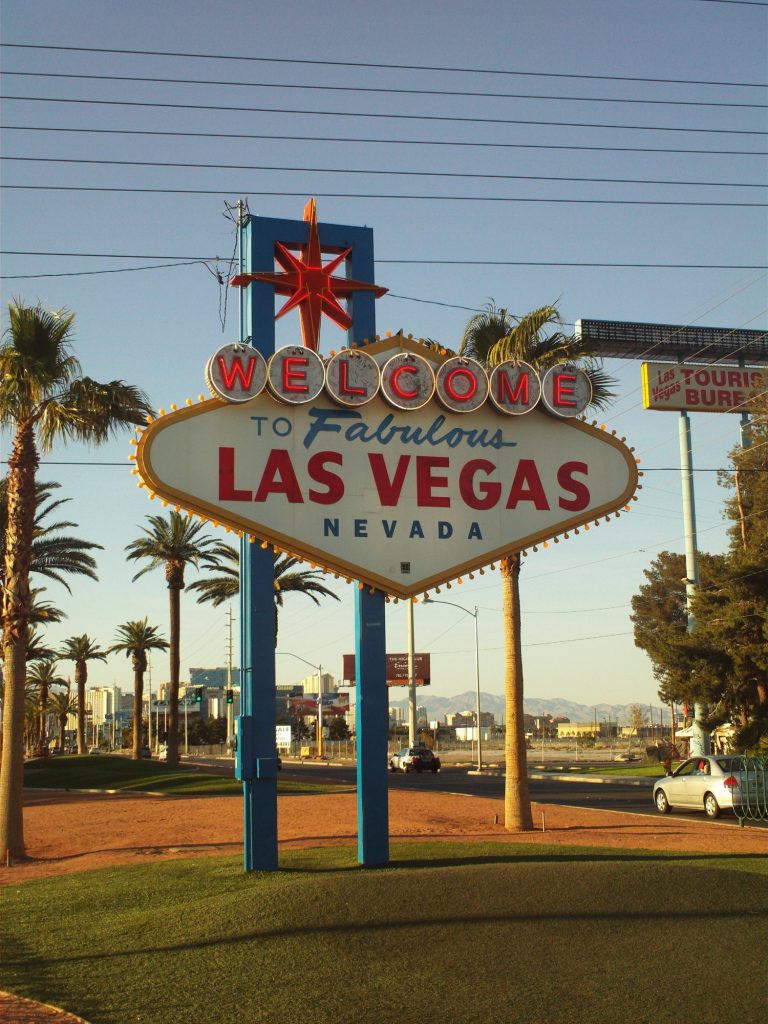 Explore the largest city in the U.S. state of Nevada. Las Vegas is the Entertainment Capital of the World. Explore Las Vegas, the city which features many mega-hotel/casino complexes decorated with lavish care and attention to detail creating a fantasy-like environment. The casinos often have names and themes that evoke romance, mystery, and exotic destinations.

Las Vegas has an arid climate with sunny, dry, and extremely hot summers.  During winter, a cold spell may set in for several days. Summer monsoons occur from late July to early September.

Compared with other cities in the western U.S., Las Vegas (literally, “the meadows” in Spanish) is a relatively recent arrival. It was founded in 1905, and for many years it was merely a small settlement in the middle of the desert. However, several pivotal events would come together in less than twenty years that would help Las Vegas grow into what it is today.

If you mostly plan to hang around one casino and your time in Vegas is short, you might want to forego a rental car altogether and just take taxis or the Strip buses. On the other hand, taxi fares and bus passes add up quickly, and with car rental so cheap, anyone staying a few days or longer would be better suited with the flexibility of a car. Some of the best sights (e.g., Hoover Dam) are located just outside of Las Vegas and require that you drive to those destinations. If you need to or might go farther (e.g., out of state), ensure your rental agreement allows it as well as sharing of driving duties.

There are numerous car rental offices on the Strip, making it very easy to rent a car from your hotel for a day trip. Even you can rent a car online from Sixt. Remember to rent ahead of time as it can be busy during weekends and during major conventions.

What to see. Best top attractions in Las Vegas, Usa

Shows to watch in Las Vegas

It is Federal law that all gamblers must be at least 21 years of age.

What to do in Las Vegas

Most casinos offer ATMs and over-the-counter cash facilities, but beware about the charges set by your bank and the machine operator or establishment. ATMs in casinos may charge exorbitant fees for withdrawals.

Large casinos will invariably offer a variety of dining options, ranging from the omni-present buffet to simple cafes to gourmet restaurants.

Buffets are extremely popular in Las Vegas and the city has a plethora of them. They are popular with locals and tourists alike. The best buffets typically run about $30 a person for a weekend dinner. Lunch is a better value at most buffets as it is typically half-price but serves some of the same types of food that can be found at dinner hours. Breakfast is the least expensive and often has a good spread too. Don’t forget that tipping your buffet waiter 10-15% is customary. You can leave cash on the table at the end of your meal or tip the cashier at the counter on a credit card.

In Las Vegas, free drinks are offered to all gamblers whether playing table games or slots of any denomination. You should tip the waitress at least $1 per drink. Failure to do so will most likely result in the waitress visiting you less often, and visiting those more often who do tip.

There is a club or lounge in nearly every hotel and casino. Most clubs remain open until 4AM, with various after-hour clubs available for the truly hard-core partiers. Drink prices can range anywhere from $4-8 for a domestic bottle of beer, $8-10 for well drinks made with cheap generic liquor, and $200 or more for a bottle of spirits. Clubs are always busy on weekends, and may also be packed during weekdays at places that have Service Industry Night (SIN), usually Tuesday to Thursday, when locals working in the service industry have their night off.

Inside all large casinos (generally those casinos exceeding 15 slot machines), strip clubs and standalone bars not serving food, tobacco smoking is permitted. In large casinos, there are areas which are smoke-free, but they may be very close to smoking areas. Poker rooms are typically smoke-free. Smoke-free table games and slot areas are also available. Restaurants inside casinos are non-smoking. Nightclubs and lounges may allow smoking if they do not serve food.

For all other standalone restaurants, bars, convenience stores, grocery stores and airport facilities smoking is banned in all establishments which sell food other than prepackaged snacks.

Watch a video about Las Vegas