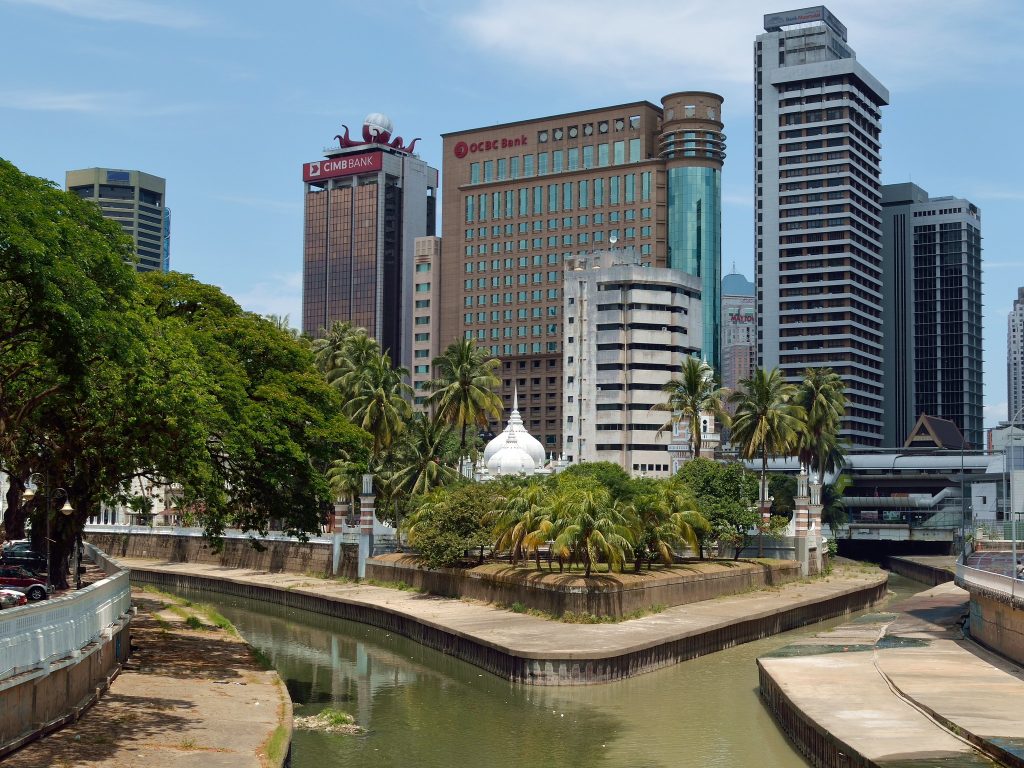 What to eat in Kuala Lumpur, Malaysia

Whilst Malaysian food may not be as popular as Thai or Vietnamese food, it is just as rich, diverse and delicious. Dishes such as Satay, Laksa and Nasi Lemak are some of Malaysia‘s most famous dishes, although the origins of these dishes are highly contested issues with its neighbors, Indonesia and Singapore. Most Malaysians take pride in their food, which reflects the rich local culture and history. Malay, Chinese, Indian and Eurasian food can be found in abundance, although sometimes it may take asking the right locals to get to.

K.L. is a good place for an introduction to Malaysian food as most people speak English and can explain to you what’s in the dish. Most restaurants close by 10PM, but in the city centre there’s always a few 24hr Kedai Mamak (curry houses) or fast food places if you get stuck. For beginners, start with:

Each of these items cost less than 1 USD. If you’re feeling adventurous, order a roti tissue – you won’t regret it!

For other cheap street food, head to the ubiquitous roadside stalls or kedai kopi (literally coffee shop, but these are all about the food). These shops operate like a food court with many stalls selling a variety of food. Some coffee shops have tables and chairs by the roadside. Some areas with higher concentration of food are:

Kampung Baru, which is located a stone’s throw away from the Petronas Twin Towers is a good place to get authentic Malay food. Jalan Raja Muda Musa is known as the food stretch of Kampung Baru, with several stalls lined up along the road. Look out for Nasi Lemak Antarabangsa for some nasi lemak with a variety of side dishes options and stalls selling ikan bakar (grilled fish) served with sambal;

Brickfields, which is within walking distance from KL’s main transportation hub, KL Sentral, is known as the Little India of Kuala Lumpur, and is still where the local Indian population come to eat and shop. A Malaysian favourite is banana leaf rice, which is essentially rice served with a variety of curries, side dishes and poppadoms on a banana leaf. Popular places in Brickfields include Vishal Food and Catering and Moorthy’s. A 10 minute drive away, vibrant neighbourhood Bangsar has also become a regular area for banana leaf rice, with local favourites being Nirwana’s and Devi’s Banana Leaf Corner, and shops such as Fierce Curry House do a mean briyani and naan.

Malaysians love a good tea time (and is one of the most obese countries in South East Asia), and during the day time, look out for popular snacks such as Pisang Goreng (banana fritters), Lekor (a type of Malay fish crackers), Vadai (a type of fried Indian snack) and Youtiao (a type of fried Chinese snack) along the streets.

Shopping malls’ food courts provide cheap Malaysian food in more hygienic conditions, although the prices will be a little higher. Hutong is a food court in Lot 10 shopping mall in the Golden Triangle, which has a collection of 20 specially chosen street vendors who were invited to set a store in the food court. Another recommended place is the Malaysian Boleh! food court at the Four Seasons Place, which is located within walking distance to the Petronas Twin Towers.

International cuisine Kuala Lumpur has had an influx of expats over the years, resulting in the city becoming increasingly metropolitan. Many high-end restaurants can be found the business district, such as Nobu KL. Head over to the Bangsar and Mont Kiara neighborhood, which has many high-end restaurants and cafes offering Western food. For Korean food, head to Ampang Jaya or the Hartamas area. A lot of Arab and Middle Eastern restaurants have also mushroomed up in Bukit Bintang, Cyberjaya and Damai.

Kuala Lumpur has quite a vibrant night-life and the Golden Triangle is the epicenter of most of the partying which goes on in the city. Jalan P. Ramlee, just south of KLCC, is Kuala Lumpur’s central clubbing area, while the action also spills onto Jalan Sultan Ismail, Jalan Ampang, Jalan Pinang and Jalan Perak. Nearby Bukit Bintang also throbs with action, and its neon-lit nightclubs, many of them with hostesses, certainly have a more Asian feel to them.

Changkat, in the Tuanku Abdul Rahman district, is arguably the most popular nightspot in Kuala Lumpur. The entire Changkat area, focused around Changkat Bukit Bintang, is a vibrant place and has over 40 eating and drinking venues. It is on Changkat Bukit Bintang just off Bukit Bintang. For the budgetary person, almost every bar has a happy hour, usually from 5-9pm. During Wednesdays they have “Ladies Night” at many venues and ladies will often drink for free for a limited time. On weekends the prices are a bit steeper, but cheaper options are still available. Every Thursday and Saturday there is a pubcrawl in Changkat, which is a good way to save money and meet other travelers, locals and expats. Bangsar has long been one of the busiest places in Kuala Lumpur after the sun goes down. The action is around Jalan Telawi and its side streets, and is definitely the place to go for clubbing and deafening music.

Sri Hartamas and Mont Kiara in the Damansara and Hartamas district have popular pubs and some clubs as well as nice coffee places. You may be able to find live performances in some of the outlets.

After a tiring night out, Malaysians like to head to Mamak stalls – street side stalls or shops operated by Indian Muslims – which offer a range of non-alcoholic beverages like teh tarik (frothed tea) and light food. In fact, these stalls have also become night hangouts in their own right, and many outlets have installed wide-screen projectors and TV where they screen football matches. Most outlets are open 24 hours. They are found all over the city and are a wonderful part of the Malaysian night scene.

Another trend that has hit Malaysia is the kopitiam fad, a more upmarket version of the traditional Chinese coffee shop. These mostly open during the day and offer some of the best tea and coffee and light meals and snacks like nasi lemak (coconut flavoured rice with fried anchovies and peanut) and the ever popular toast with kaya (coconut curd, used as a spread). If you prefer Western style coffee, there are many coffee outlets in Kuala Lumpur: most of them are part of international and local chains like Starbucks, Coffee Bean and Tea Leaf and San Francisco Coffee. Most of them can be found in shopping malls. A wave of hipster cafes are recently mushrooming in the nation, offering many opportunities for visitors to sample freshly brewed coffee at independent coffee houses.