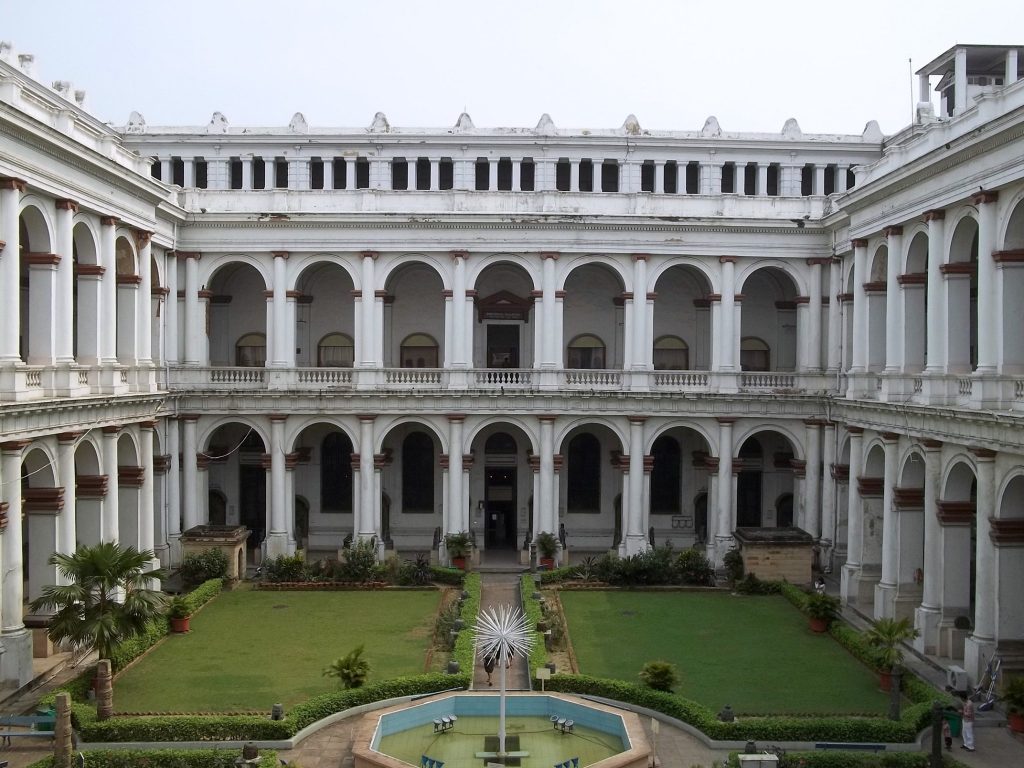 (Formerly Calcutta) is the capital of West Bengal and the second largest city in India (after Mumbai). Explore Kolkata, an ‘in your face’ city that shocks and charms the unsuspecting visitor. Abject poverty mixes inexplicably with crumbling British Raj-era gems, sprawling gardens and historical colleges. Long known as the cultural capital of India, Kolkata continues to spawn generations of poets, writers, film producers and Nobel Prize winners. If your trip only allows for a visit of one or two of India’s metropolitan cities, then definitely consider placing Kolkata on your itinerary. Love it or hate it, you definitely won’t forget the city on the Hooghly.

Kolkata has a tropical wet-and-dry climate. It is warm year-round, with average high temperatures ranging from about 27 °C in December and January to nearly 38°C in April and May.

Being in Bengal, the native language of the people of Kolkata is Bengali. However, most educated people speak Hindi and English as well, and many others would have a basic command of English.

What to see. Best top attractions in Kolkata, India

What to do in Kolkata, India.

Take a walk along the river. There is a good promenade near Eden Garden.

Take a stroll down memory lane at Princep ghat.

Take a boat cruise in small boats under the starlit sky at Outram Ghat.

Several modern cinemas are dotted around the city, including INOX at the Forum Shopping Mall and the City Centre in Salt Lake, 89 Cinemas at Swabhumi near Salt Lake City and Fame at Metropolis Mall in Highland Park, RDB Adlabs at RDB Boulevard, Near Infinity Building in Sector 5, Saltlake, all showing Indian and American blockbusters.

Nandan, 1/1 AJC Bose Road, (east of Rabindra Sadan metro station). The symbol of art and culture in the city and the site of the Kolkata Film Festival every November.

The Kolkata Book Fair takes place from the last week of January to the first week of February. This is the largest book fair in Asia and is a major event in the city.

Durga Puja, a festival honoring the Hindu goddess Durga, takes place in October. The biggest festival for Hindus in Bengal and Eastern India, Kolkata takes on an almost carnival like ambiance. Streets shut down for the construction of pandals, large stands that depict events and myriad themes from the mythology to modern art to social awareness to science to politics to the latest national/international trending subject of interests and runs beyond imagination. Open 24 hours for those 10 days, huge crowds flock from the neighborhood  pandals to the biggest and best ones. A great time to visit Kolkata (unless you have a fear of crowds!).

Kolkata is an important trading center for handicrafts produced in Eastern India. Bankura horses, saris from Shantiniketan, and leather goods top the list of Kolkata specialties. It is also famous for its rasgollas and a tin or two as a gift for the folks back home. New Market is probably the most famous place to go shopping but there are bargains everywhere.

Kolkata was famous for having the best restaurants long before Indians in other cities learned to eat out. Many of the restaurants that line the streets in the Esplanade area have been around for more than a hundred years (unfortunately, many also show their age!).

But the joy of food in Kolkata is in its Indian foods. Street vendors selling egg rolls/chicken rolls abound and their freshly prepared kati rolls are safe to eat and enjoy. Mughali Paratha (a paratha stuffed with minced meat) is a Calcutta specialty and can be found in various ‘cabins’ off Chowringhee Road. ‘Chops’, a sort of deep fried ball stuffed with beet and veggies is another peculiarity that you won’t find anywhere else in the world. Puchkas, the Calcutta version of paani-puri, is available on the streets but be wary of the water!

Kolkata is also the home of Indian Chinese food (now making inroads in far-off New York!). Chinese restaurants are everywhere so try the Indian variant of hot and sour soup and the famous Indian chinese dish of chili chicken.

Bengali food is centered around fish. Macher jhol, literally fish in curry gravy, is a watery fish curry available everywhere and goes well with rice, but Bengalis everywhere swear by the hilsa fish (a variant of shad). Hilsa, lightly marinated in mustard and steamed is up there with the best fish dishes in the world.

The specialities are the boneless Hilsa Fish fillet, steamed in a bannana leaf and served with a Mustard Gravy. Many expats, yuppies and affluent Kolkattans. The food is great, though bordering on the expensive, and portions usually small. Makes for an interesting evening out, accompanied by the incessant Bengali chatter, so characteristic of Kolkatta.

One should give a try to the taste of cold milk shakes with selected flavors of Green Mango, Rose, Vanilla, and Coconut Water (locally called DAAB).

Kolkata has a plethora of pubs and bars, which are frequented by the young hip crowd as well as its older residents. Some pubs have live concerts or DJs.

There are scores of internet cafes that have sprung up in every nook and corner of the city.

Cell phone coverage in the city is excellent. There are many service providers offering a wide variety of plans.

Kolkata is reasonably safe, and in general the people are more friendly and helpful than in many of India’s other large cities. One noted problem is the drug dealers around Sudder Street. However, as the dealers obviously do not want to draw undue attention to their activity, they are generally not persistent and rarely a threat.

Watch a video about Kolkata