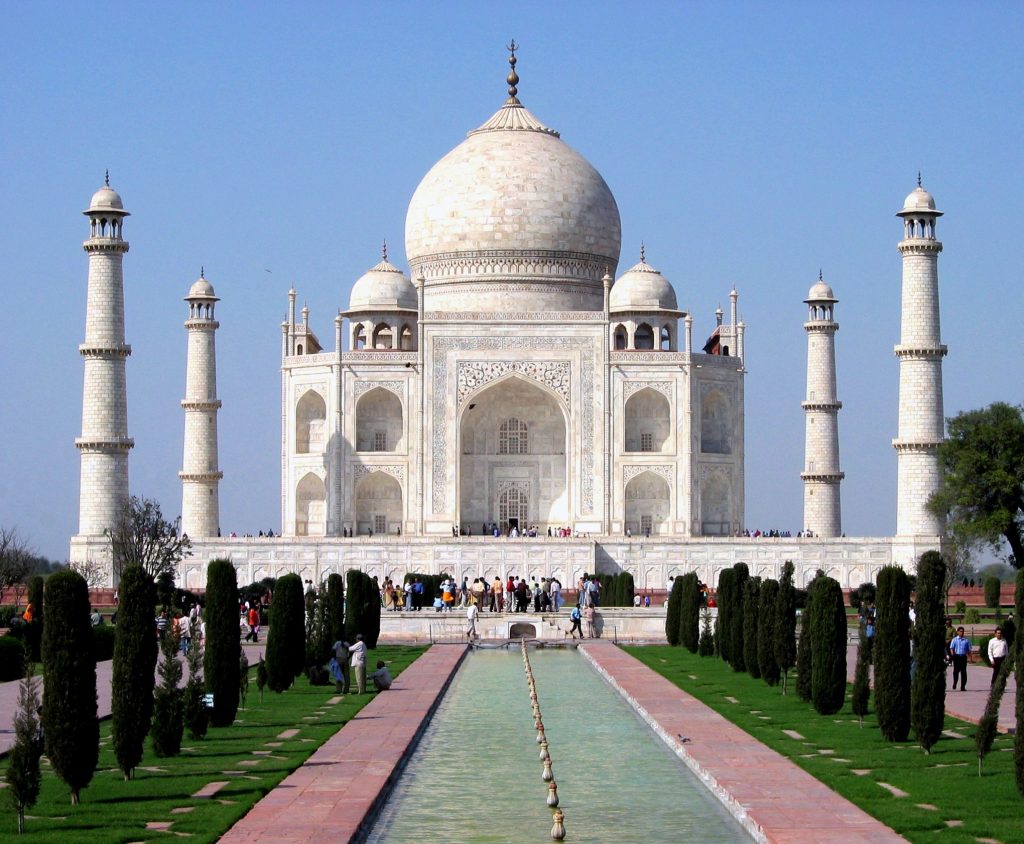 It is an extremely diverse country, with vast differences in geography, climate, culture, language and ethnicity across its expanse, and prides itself on being the largest democracy on Earth and a hub of trade in Southeast Asia.

“We live in a wonderful world that is full of beauty, charm and adventure. There is no end to the adventures we can have if only we seek them with our eyes open.” — Jawaharlal Nehru

Indians are known for their greeting to their guest in Sanskrit  “Guest is like God”. India’s culture and heritage are a rich amalgam of the past and the present. This vast country offers the visitor a view of fascinating religions and ethnography, a vast variety of languages with more than 438 living languages among 1600 languages and thousands of dialects, and monuments that have been present for thousands of years. As it opens up to a globalized world, India still has a depth of history and intensity of culture that awes and fascinates the many who visit there.

India remains to be one of the world’s fastest growing economies and one of the fastest developing countries. It is considered to be an emerging superpower. Therefore, your visit will indeed be an interesting one.

Mountains, jungles, deserts, and beaches, India has it all. It is bounded to the north and northeast by the snow-capped Himalayas, the tallest mountain range in the world. In addition to protecting the country from invaders, they also feed the perennial rivers Ganga, Yamuna (Jamuna) and Sindhu (Indus) on whose plains India’s civilization flourished. Though most of the Sindhu is in Pakistan now, three of its tributaries flow through Punjab. The other Himalayan river, the Brahmaputra flows through the northeast, mostly through Assam.

The Deccan plateau is bounded by the Sahyadri (Western Ghats) range to the west and the Eastern Ghats to the east. The plateau is more arid than the plains, as the rivers that feed the area, such as the Narmada, Godavari and the Kaveri run dry during the summer. Towards the northeast of the Deccan plateau is what used to be a thickly forested area called the Dandakaranya which covers the states of Chhattisgarh, Jharkhand, the eastern edge of Maharashtra and the northern tip of Andhra Pradesh. This area is still forested and populated by tribal people. This forest acted as a barrier to the invasion of South India.

India has a long coastline. The west coast borders the Arabian Sea and the east coast the Bay of Bengal, both parts of the Indian Ocean.

In India, it rains only during a specific time of the year. The season is called the monsoon.

India experiences at least three seasons a year, Summer, Rainy Season (or “Monsoon”) and Winter, though in the tropical South calling the 25°C weather “Winter” would be stretching the concept. The North experiences some extremes of heat in summer and cold in winter, but except in the Himalayan regions, snow is almost unheard of. November to January is the winter season and April and May are the hot months when everyone eagerly awaits the rains. There is also a brief spring in February and March, especially in North India.

There are three national holidays: Republic Day (26 January), Independence Day (15 August), and Gandhi Jayanti (2 October) which occur on the same day every year. In addition, there are four major nationwide festivals with shifting dates to be aware of:

Holi, in February or March — The festival of color is a major festival celebrated mainly in North, East and Western India. On the first day, people go to temples and light bonfires, but on the second, it’s a watertight combined with showers of colored powder. This is not a spectator sport: as a visible foreigner, you’re a magnet for attention, so you’ll either have to barricade yourself inside, or put on your most disposable clothes and join the fray. Alcohol and bhang (cannabis) are often involved and crowds can get rowdy as the evening wears on. Celebrations are fewer in South India, though private celebrations occur among North Indian communities residing in major South Indian cities

Durga Puja / Navarathri/Dussehara, Sep-Oct — A nine-day festival culminating in the holy day of Dasara, when locals worship the deity Durga. Workers are given sweets, cash bonuses, gifts and new clothes. It is also new year for businessmen, when they are supposed to start new account books. In some places like West Bengal, Durga Puja is the most important festival. In the north Dussehara celebrations take place and the slaying of Ravana by Lord Rama is ceremonially reenacted as Ram Lila. In Gujarat and South India, it is celebrated as Navarathri where the festival is celebrated by dancing to devotional songs and religious observances like fasts extended over a period of 9 nights.

Eid-ul-Fitr, the largest religious holiday of the year for Indian Muslims, it celebrates the start of the holy month of Shawwal. Ramzan ends with the Eid-ul-Fitr festival extending over several days. Food is the highlight, and if you’re lucky you’ll be invited into a private home for a feast. Businesses close for at least a couple days if not a week.

Diwali (Deepavali), Oct-Nov — The festival of lights, celebrates the return of Lord Rama to the capital of his kingdom, Ayodhya after an exile of 14 years. Probably the most lavish festival in the country, reminiscent (to U.S. travellers at least) of the food of Thanksgiving and the shopping and gifts of Christmas combined. Houses are decorated, there is glitter everywhere, and if you wander the streets on Diwali night, there will be firecrackers going off everywhere including sometimes under your feet.

Apart from these, each state has its own major national festival like Onam for Kerala or Sankranti for Andhra Pradesh & Karnataka or Pongal for Tamil Nadu or Baisakhi for Punjab or “Ratha Yatra” for Odisha, which is celebrated as public holiday in respective states.

Religious holidays occur on different days each year, because the Hindu and Islamic festivals are based on their respective calendars and not on the Gregorian calendar. Most of them are celebrated only locally, so check the state or city you are visiting for information on whether there will be closures. Different regions might give somewhat different names to the same festival. To cater to varying religious practices, offices have a list of optional holidays (called restricted holidays by the government) from which employees are allowed to pick two, in addition to the list of fixed holidays. This may mean thin attendance and delayed service even when the office is officially open.

India is home to thousands of languages. The main language families in India are Indo-European and Dravidian (which are about 800 million speakers and 200 million speakers respectively). Other language families include Austro-Asiatic and Tibeto-Burman, among other minor ones. Hindi is recognized as the main official language of the Union Government (there is no recognized National Language of India), with English acting as a “subsidiary” official language.

What to see, Best top attractions in India

What to do in India

ATMs are abundant across India – though often not found in smaller airports. Most ATMs will pay out at most ₹10,000 in each transaction – some will pay ₹20,000.

It is always worthwhile to have bank cards or credit cards from at least two different providers to ensure that you have a backup available in case one card is suspended by your bank or simply does not work at a particular ATM. If you find the ATM saying “invalid card”, try inserting it and removing it more slowly.

What to eat in India

What to drink in India

Tap water is generally not considered safe for drinking at many installations, even by local populace. However, many establishments have water filters/purifiers installed, in which case the water may be safe to drink. Packed drinking water (popularly called “mineral water” throughout India) is a better choice. Bisleri and Kinley among others are some of the more popular and safe brands. However, please check for whether the seal is intact or not as on some occasions, if the seal has been tampered, it could be nothing but purified tap water or worse, unfiltered water. On Indian Railways, a particular mineral water brand is generally available known as “Rail Neer”, which is considered to be safe and pure.

India uses both GSM and CDMA and mobile phones are widely available.

Be aware that no one company provides 3G in the whole country. It is best to choose the company that has 3G coverage in the state you will be traveling to or you will be stuck on 2G speed.

Wi-Fi hotspots in India are, for the most part, limited. The major airports and stations do offer paid Wi-Fi. Delhi, Bangalore, Pune and Mumbai are the only cities with decent Wi-Fi coverage.

Watch a video about India 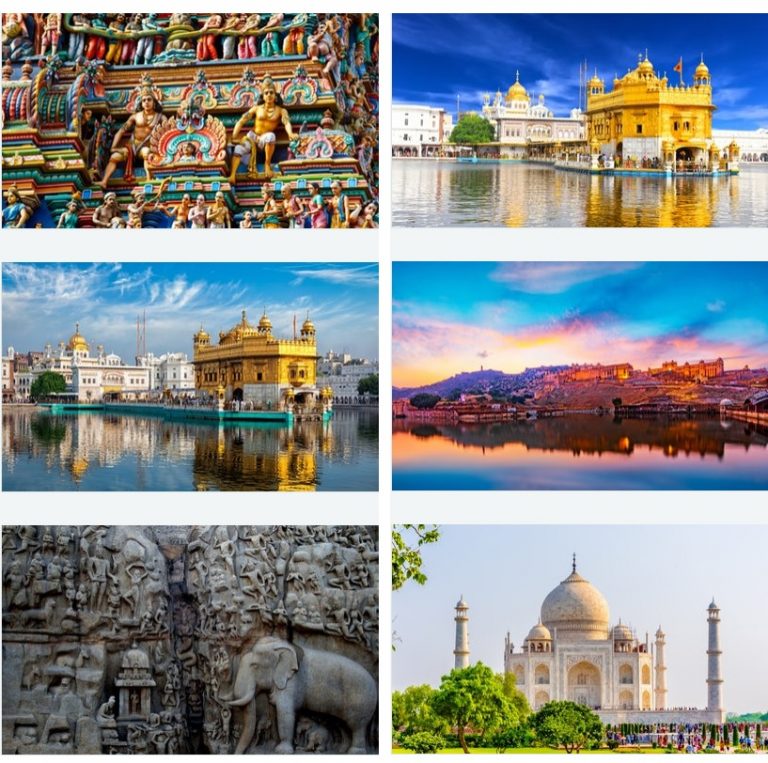