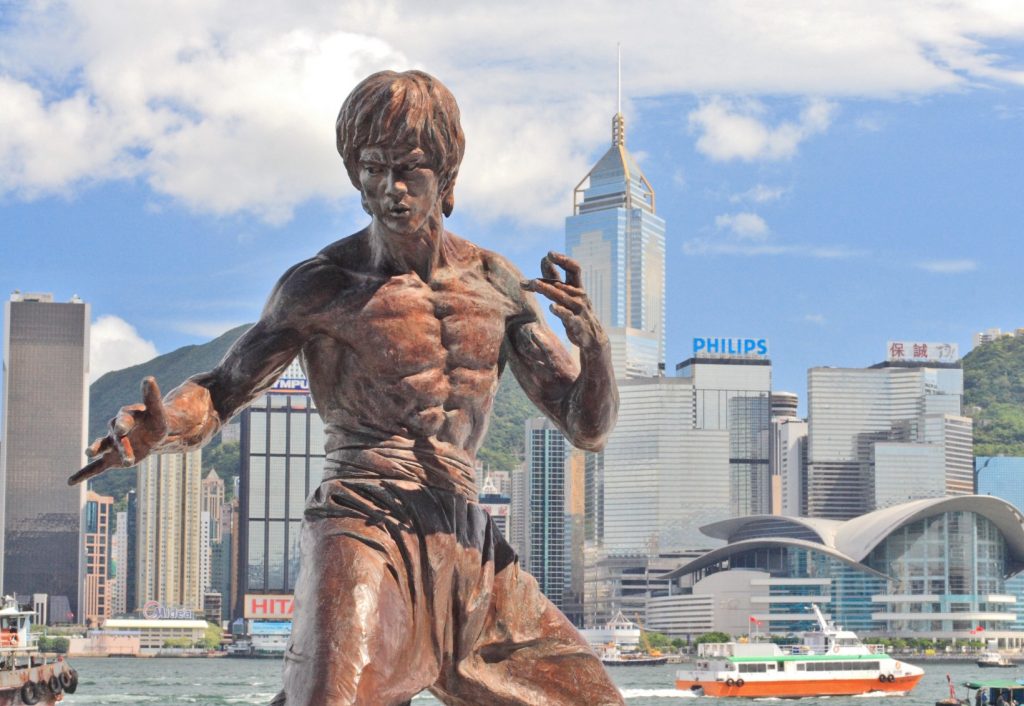 What to eat in Hong Kong

Cuisine plays an important part in many peoples’ lives in Hong Kong. Not only is it a showcase of Chinese cuisines with huge regional varieties, but there are also excellent Asian and Western choices. Although Western food is often adapted to local tastes, Hong Kong is a good place for homesick travellers who have had enough of Chinese food.

You may meet some local people who haven’t cooked at home for a decade. Locals love to go out to eat since it is much more practical than socializing in crowded spaces at home. A long queue can be a local sport outside many good restaurants during peak hours. Normally, you need to register first, get a ticket and wait for empty seats. Reservations are usually only an option in upmarket restaurants.

You can usually tell how cheap (or expensive) the food is from the decor of the restaurant (menus are not always displayed outside restaurants). Restaurants in Soho in Central, in 5-star restaurants, or in other high-rent areas are usually more expensive than restaurants that are off the beaten path.

Siu mei a general name for roast meats made in a Hong Kong style, including roast pork belly, roasted over an open fire pork, roast duck or chicken. With the addition of a slightly crispy honey sauce layer, the final taste is of a unique, deep barbecue flavor. Rice with roasted pork, roasted duck, pork with a crisp crackling, or Fragrant Queen’s chicken, are common dishes that are enduring favorites for many, including local superstars.

Cantonese congee is a thin porridge made with rice boiled in water. Served at breakfast, lunch or supper, the best version is as soft as ‘floss’, it takes up to 10 hours to cook the porridge to reach this quality. Congee is usually eaten with savory Chinese doughnuts and steamed rice pastry which often has a meat or vegetable filling.

Hong Kong has several restaurant chains that specialize in congee, but none of them have earned the word-of-mouth respect from local gourmets. The best congee places are usually in older districts, often owned by elderly people who are patient enough to spend hours making the best floss congee.

Noodles. When asked what food makes Hong Kong people feel home, wonton noodles  is one of the favorite answers. Wonton are dumplings usually made from minced prawn but may contain small amounts of pork.

Rice pastry is also a popular dish from southern China. Found particularly in Teochew and Hokkien areas in China, its popularity is widespread throughout East Asia. In Hong Kong, it is usually served in soup with beef and fish balls and sometimes with deep-fried crispy fish skins.

A popular Cantonese dessert is a sweet soup called tong sui, literal: sugar water. Popular versions are usually made with black sesame paste, walnuts or sago which are usually sticky in texture. Other traditional ones include red bean paste, green bean paste and tofu pudding. Lo ye is a similar dish. Juice is put into an ultra-cold pan to make an ice paste; it is usually served with fresh fruit and sago.

You might expect that after more than a century of colonial rule tea might be served British style – well, almost. Order a cup of hot Hong Kong tea in a traditional cafe and what you will get will be a cup of the strongest brew imaginable. With the addition of evaporated milk, this is not a drink for the faint-hearted.

A uniquely Hong Kong-style eatery starting to make waves elsewhere in Asia is the cha chaan teng, literally “tea cafe”, but offering fusion fast food that happily mixes Western and Eastern fare: innovations include noodles with Spam, stir-fried spaghetti and baked rice with cheese. Usually a wide selection of drinks is also available, almost always including the popular tea-and-coffee mix yuenyeung  and perhaps more oddities (to the Western palate) like boiled Coke with ginger or iced coffee with lemon. Orders are usually recorded on a chit at your table and you pay at the cashier as you leave.

Showing signs of British colonial influence, tea time plays an important role in Hong Kong’s stressful office life. Usually starting at 2PM to 3PM, a typical tea set goes with a cup of ‘silk-stocking’ tea, egg tarts and sandwiches with minced beef, egg or ham, but without vegetables and cheese.

Similar to Malaysian ‘teh tarik’, Hong Kong’s variation shares a similar taste. The key difference is that a sackcloth bag is used to filter the tea leaves and the tea-dyed sackcloth resembles silk stockings, giving the name ‘silk-stocking milk tea’. Milk tea, to some Hong Kong people, is an important indicator on the quality of a restaurant. If a restaurant fails to serve reasonably good milk tea, locals might be very harsh with their criticism. Yuanyang is also a popular drink mixed with milk tea and coffee.

A signal to tell you teatime has come is a small queue lining up in bakery to buy egg tarts (a teatime snack with outer pastry crust and filled with egg custard).

Sample as many different egg tarts from local shops and find the best in your local area.

The cheapest food is in the popular street stalls. Most of the people working there do not speak much English and there is no English on the menu. However if you could manage to communicate, street-style eating is an excellent way to experience local food. Point, use fingers (or Cantonese numbers) and smile. They’re usually willing to help. Local specialties include curry fish meat balls, fake shark fin soup made with beans and vermicelli noodles, egg waffle, fried three filled treasures, vegetable filled with fish meat), fried intestines on a stick, fried squid or octopus and various meats on sticks (such as satay style chicken).

Most major fast food eateries are popular in Hong Kong and have reasonable prices.

Seafood is very popular and is widely available. The best places to eat seafood include Sai Kung, Sam Shing, Po Doi O and Lau Fau Shan in the New Territories and Hong Kong’s islands, particularly Lamma and Cheung Chau, are abound with seafood restaurants. Seafood is not cheap.

Sushi is very popular and there are several all-you-can-eat sushi restaurants with reasonable prices.

While Hong Kong has long banned dog and cat meat and has strict rules on importing many meats of wild life animals, snake meat is commonly seen in winter in different restaurants that bear the name “Snake King”. Served in a sticky soup, it is believed to warm your body.

There’s an ongoing debate over the consumption of shark fin in Hong Kong, which is the biggest importer of this exotic cuisine. Commonly served at wedding parties and other important dining events, shark fin is served in a carefully prepared stew.

Due to the large number of foreign residents in Hong Kong, there are many restaurants that serve authentic international cuisine at all price levels. This includes various types of Indian, Thai, Korean, Japanese and European foods. These can often be found in, though not restricted to, entertainment districts such as Lan Kwai Fong, Soho or Knutsford Terrace. Of these, Soho is probably the best for eating as Lan Kwai Fong is primarily saturated with bars and clubs. Top chefs are often invited or try to make their way to work in Hong Kong.

Barbecue (BBQ) meals are a popular local pastime. Many areas feature free public barbecue pits where everybody roasts their own food, usually with long barbeque forks. It’s not just sausages and burgers – the locals enjoy cooking a variety of things at BBQ parties, such as fish, beef meatballs, pork meatballs, chicken wings, and so on. A good spot is the Southern Hong Kong Island, where almost every beach is equipped with many free BBQ spots. Just stop by a supermarket and buy food, drinks and BBQ equipment. The best spots are Shek O (under the trees at the left hand side of the beach) and Big Wave Bay.

Wet markets are still prevalent. Freshness is a key ingredient to all Chinese food, so frozen meat and vegetables are frowned upon, and most markets display freshly butchered beef and pork (with entrails), live fish in markets, and more exotic shellfish, frogs, turtles and sea snails. Local people often go to the market every day to buy fresh ingredients, just like the restaurants.

Cooked food centers are often found in the same building as some of the indoor wet markets. Tables that were once located on the street have been swept into sterile concrete buildings. Inside, the atmosphere is like a food court without the frills. Cooked food centers provide economic solutions to diners, but you might need to take along a Cantonese speaker, or be brave.

Tea is a popular beverage in Hong Kong. Chinese teas may be served in most Chinese restaurants, though many places also serve Hongkong-style milk tea.

Some Hong Kongers do drink a lot but do not expect the binge-drinking culture found in some other countries and parts of the mainland. There are many neighborhoods in Hong Kong without much in the way of a bar or pub. Drinking alcohol with food is acceptable and you’ll often see older Chinese men and workers having a bottle with their meal from street vendors or dai pai dong, but there is no expectation to order alcohol with your meal in any restaurant. A number of popular eateries do not sell alcohol because of a license restriction.

Some clubs in Lan Kwai Fong has imposed a dress code on customers and tourists are of no exception. As a general rule, shorts or pants that are above knee length should be avoided.

During Wednesdays and Thursdays Ladies night applies in some bars in Wan Chai and Lan Kwai Fong, which in most cases means that women can enter bars and clubs for free.

A no-smoking ban is in effect. The ban includes a number of outdoor locations such as university campuses, parks, gardens, bus stops, and beaches, extends to places such as bars, clubs and saunas. A substantial fine of up to $5,000 will be charged if caught smoking in the wrong place. There is also a penalty of $1,500 for dropping cigarette butts. Unlike mainland China the laws are strictly enforced and followed.