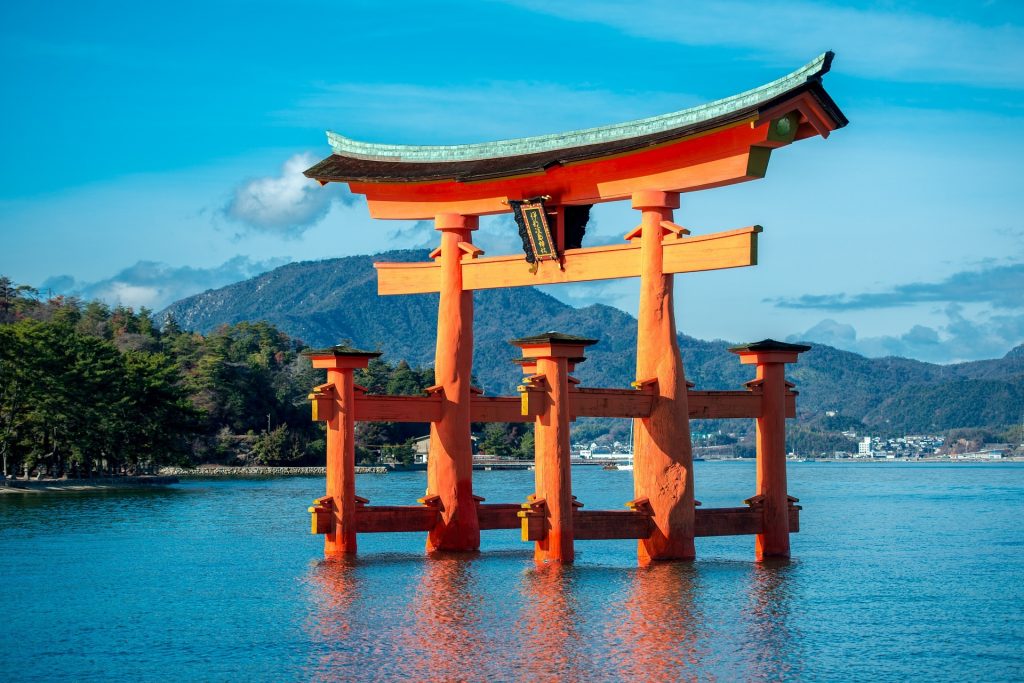 Explore Hiroshima, an industrial city of wide boulevards and criss-crossing rivers on the coast of the Seto Inland Sea.

Although internationally famous for the horrific split second on August 6, 1945, when it became the site of the world’s first atomic bomb attack, Hiroshima is now a modern, cosmopolitan city with excellent cuisine and a bustling nightlife.

Those expecting to step off the Shinkansen into a pile of smoldering rubble will be in for a surprise, as Hiroshima has all the ferroconcrete and blinking neon of any other modern Japanese city. Teenagers stream in and out of the station, where McDonald’s and the latest keitai (mobile phones) await; hapless salary men rush down Aioi-dori to their next meeting, casting a bloodshot eye toward the seedy bars of Nagarekawa as they pass. At first glance, it can be hard to imagine that anything out of the ordinary ever happened here.

Today, Hiroshima has a population of more than 1.1 million. Automobiles are a major local industry, with Mazda’s corporate headquarters nearby. There are three excellent art museums in the city center, some of Japan’s most fanatical sports fans, and a wide range of culinary delights – most notably the city’s towering contribution to bar cuisine, Hiroshima-style okonomiyaki.

Although many visitors, especially Americans, may feel apprehensive about visiting Hiroshima, it is a friendly, welcoming city, with as much interest in Western culture as anywhere else in Japan. Tourists are welcomed, and exhibits related to the atomic bomb are not concerned with blame or accusations. Bear in mind, though, that many hibakusha still live in the city, and even most of the young people in Hiroshima have family members who lived through the blast. As such, the average Hiroshima resident isn’t likely to relish talking about it, although you needn’t shy away from the topic if one of the chatty fellows around the Peace Park brings it up.

Hiroshima was founded in 1589 on the delta formed by the Ota River, flowing out to the Seto Inland Sea. The warlord Mori Terumoto built a castle there, only to lose it eleven years later to Tokugawa Ieyasu after the Battle of Sekigahara, which marked the beginning of the Tokugawa shogunate. Control of the area was given to the Asano clan of samurai, who ruled without much incident for the next two and a half centuries. Their descendants embraced the rapid modernization of the Meiji period, and Hiroshima became the seat of government for the region, a major industrial center, and a busy port.

By World War II, Hiroshima was one of the larger cities in Japan, and a natural communications and supply center for the military. Forced laborers from Korea and China were shipped in by the tens of thousands, and local schoolchildren also spent part of their days working in munitions factories. Residents of the city must have felt curiously blessed for the first few years of the war, as Hiroshima had been left largely untouched by American bombing campaigns; that was, however, intended to ensure a more accurate measurement of the atomic bomb’s effect on the candidate cities, which had been narrowed down to Hiroshima, Kokura, Kyoto, Nagasaki, and Niigata.

In July and August, heavy rain gives way to brutal, muggy heat. Book accommodations with air conditioning if that is when you are planning to visit.

In the latter half of September, warm and pleasant days are interspersed with typhoons powerful enough to wreck buildings and keep travelers locked up in their hotels.

October and November are ideal, with less rain and cool, refreshing temperatures. The winter months are fine for a visit — the weather is dry, with very little rain or snow, and the temperatures are rarely cold enough to keep you indoors. As elsewhere in Japan, though, a number of museums are closed from 29 Dec to 1 Jan (or 3 Jan).

April and May also have excellent weather. The cherry blossoms usually bloom in early April, and the parks around Hiroshima Castle turn into a mob scene with hanami parties. For sakura with a bit more solitude, go for a hike on Ushita-yama, overlooking the north exit of JR Hiroshima Station.

You can arrive by plane and by train

You can get around by tram, bus metro bike

What to see. Best top attractions in Hiroshima, Japan

Hiroshima is famous for its style of okonomiyaki , which literally means “cook it as you like it”. Often (and somewhat misleadingly) called “Japanese pizza”, it is better described as a type of savory pancake made with egg, cabbage, soba noodles, and meat, seafood or cheese. It is grilled in layers on a hot plate in front of you and slathered liberally with okonomiyaki sauce, with optional extras such as mayonnaise, pickled ginger, and seaweed. It sounds and looks like a mess, but is very tasty and filling. To give you a sense of the civic pride involved here, the Hiroshima tourist information office offers a map with a whopping 97 shops serving okonomiyaki within city limits, and reports have several hundred more in the area. Micchan is the most famous of the Hiroshima- style okonomiyaki restaurants with long histories. It has a few branches in and around the center of Hiroshima.

Hiroshima style and Osaka styles are the two competing types of okonomiyaki, and if you raise the subject of okonomiyaki  with a local, be ready to state your preference between the two! Basically, in Hiroshima the ingredients are layered and pressed together while cooking, while in Osaka the batter is mixed together first, and the ingredients do not include soba noodles. According to local legend, both dishes originate from a cheap snack called issen yōshoku  or “one-cent Western meal”, which consisted of a wheat and water pancake served with scallions and sauce. People in Hiroshima love both Kansai and Hiroshima-style okonomiyaki. So, Tokunaga is the most famous Kansai-style okonomiyaki restaurant in Hiroshima.

Hiroshima is also famous for its oysters (available between October and March) and a maple-leaf-shaped pastry called momiji manjū. (Momiji is the leaf of a Japanese maple tree).  Momiji manjū are available with a variety of fillings, including the more traditional anko, red bean and matcha, or green tea; it’s also available in cream cheese, custard, apple and chocolate flavors. Boxes of momiji manjū are considered the quintessential Hiroshima souvenir, but Miyajima is the best place to buy it fresh.

If you’re pressed for time on your way out of town, the sixth floor of JR Hiroshima Station has a good, cheap ramen shop, an udon shop, a decent izakaya, a conveyor belt sushi place, and STEP, a good okonomiyaki joint with English menus. There are Japanese and American chain restaurants clustered near the station, including Starbucks on the third floor (south exit), McDonald’s on both sides of the station, and the ultra-cheap (¥180 per bowl) Bikkuri Ramen just across the river from the south exit.

Nagarekawa has the highest concentration of bars in Hiroshima — the good, the bad, and the hostess — but there are a number of good, quiet wine bars on Hakushima-dori, and plenty of foreigner-friendly pubs clustered around the giant PARCO building. Yagenbori-dori is full of bars and clubs that are spread across floors of the various high-rise buildings.

Sake enthusiasts should not miss the chance to visit the breweries of Saijo, particularly during the annual festival in October.

Watch a video about Hiroshima