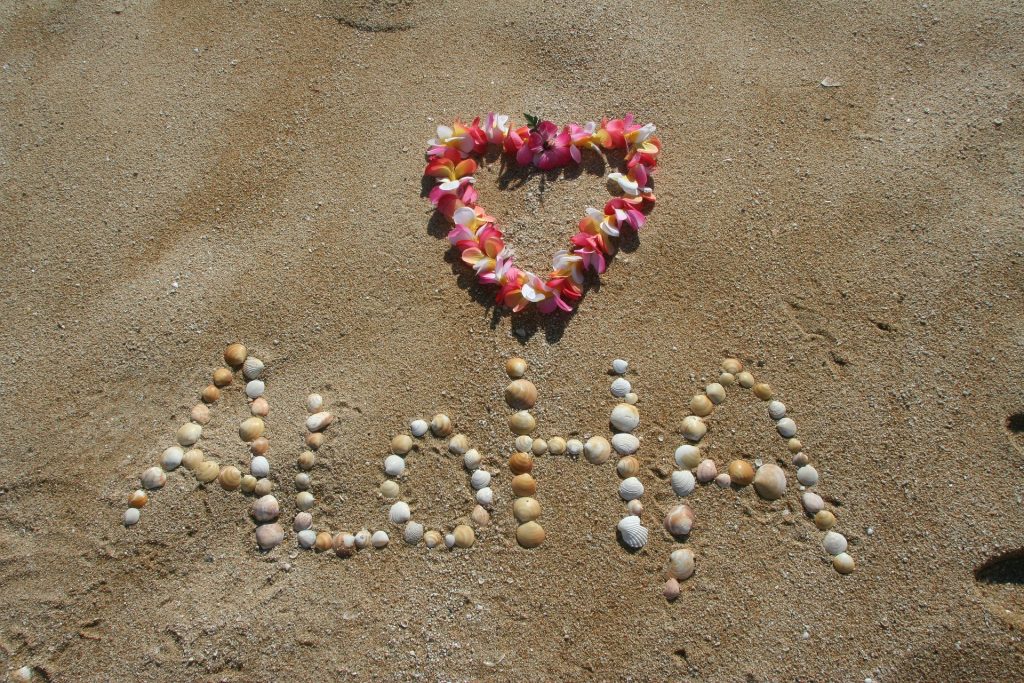 Explore Hawaii, the 50th state of the United States of America. Situated nearly at the center of the north Pacific Ocean, Hawaii marks the northeast corner of Polynesia. While it was once a major hub for the whaling, sugar and pineapple industries, it is now economically dependent on tourism and the U.S. military. The natural beauty of the islands continues to be one of Hawaii’s greatest assets. Honolulu is the state’s capital, largest city, and cultural hub. Hawaiian and English are the official languages of Hawaii.

Hawaii is a landlock of over nineteen distinct volcanic islands located over a geological “hot spot” in the Central Pacific. The Pacific plate on which the islands ride moves to the northwest, so in general the islands are older and bigger (due to erosion) as you move from southeast to northwest. There are eight major islands of Hawaii, six of which are open to tourism.

Where tourism is concerned, Hawaii has something for everyone. The island of Oahu, the most populous and home to the state capital and largest city of Honolulu, is great for people who wish to experience the islands and still keep the conveniences of a large city. Rainforests and hiking trails are located just minutes from Waikiki Beach, one of the world’s best tourist destinations. In the winter, large waves on Oahu’s north shore turn the normally sleepy area into the surfing capital of the world.

On the other hand, those who wish to experience Hawaii at a slower pace would do well to visit one of the Neighbor Islands (the other, less populated islands around Oahu). All the neighbor islands offer opportunities to relax and enjoy the sun and scenery. Many of the natural wonders of the Islands are located on the Neighbor Islands, from Waimea Canyon on Kauai, to Haleakala on Maui, to Hawaii Volcanoes National Park on the Big Island of Hawaii. Numerous waterfalls and rainforests evoke memories of what the islands might have looked like before major corporations set their sights on Hawaii. The road to Hana is one of the most scenic on Maui, as you manipulate many turns overlooking the Eastern coast of the island. It leads you over bridges and past beautiful waterfalls. Ultimately, you can end up at the Oheo Gulch Pools (which are not sacred and there’s more than seven, but are also known by the name of Seven Sacred Pools), where the hiking is quite the experience.

Polynesians migrated to, and established communities on, the islands of Hawaii before the arrival of Captain James Cook in 1778, who is widely credited as the first European visitor to the islands. At that time, each island was a separate kingdom. With the support of western advisors and weapons, Kamehameha I of the island of Hawaii conquered all the islands except Kauai, which acquiesced to his rule in 1810.

Over the years, many major retail chains have expanded their presence in Hawaii, making the Islands look more and more like the continental United States, often at the expense of local businesses. Nevertheless, Hawaii remains culturally vibrant. Its population, descended from the Native Hawaiians, the original plantation workers, and more recent arrivals, and in which no one group has a majority, is often cited as an example of multiculturalism at its best. There is a strong commitment to perpetuating native Hawaiian cultural traditions, as well as the cultural heritage of Hawaii’s many immigrant communities from the Pacific, Asia and Europe. And certainly the environment is conducive to longevity…Hawaii has the longest predicted life expectancies of any U.S. state.

The islands receive abundant amounts of both sunshine and rain, rain is more likely on the north and east sides of the islands, which face the prevailing northeasterly trade winds (the “windward” side of the island), as well as the mountain peaks and valleys.

Most flights from the mainland US and almost all international flights land in Honolulu on the island of Oahu.

Car rentals should be booked as soon as possible as the price charged is based on a supply/demand basis.

There are plenty banks, ATMs, and money change offices in all cities. ATMs are scarcer on the North Shore of Oahu and other rural areas.

One of the most popular souvenirs to buy in Hawaii are locally made bath & body products. The islands feature some of the most unique and refreshing fragrances in the world which you can easily find in Hawaiian shampoos, body lotions, soaps, oils, incense, floating candles, and much more.

The Hawaiian islands offer a vast number of activities. Hula dance lessons and Ukulele lessons are popular among tourists. Hiking and eco tours are popular on most islands, with opportunities for horseback riding, ATV, air tours, and other methods of exploring the landscape. Museums and historical sites such as Pearl Harbor are also to be found throughout the islands. Cultural activities such as the Polynesian Cultural Center on Oahu also make for interesting day-long activities.

Oahu is famous for Pearl Harbor tours, but also popular are shark snorkel dives in cages, Waikiki snorkel tours as well as around Oahu Tours where you will see all the major highlites of Oahu including Diamond Head, the North Shore and Dole Plantation where you can sample menu items made from fresh picked pineapples.

Maui is the location for humpback whale watching from December 15 to April 15 each year as the massive humpbacks migrate to Hawaii’s warm waters to bear their calves. Also famous from Maui is the Molokini Crater which is a partially submerged volanco crater that you can snorkel at.

Kauai is untamed and beautiful. It has been featured in many major motion pictures over the past two decades. See this island by land or by air to take in the true beauty of this island.

The Big Island is the volcano island where you can take a land tour or fly over the incredible huge volcano on a helicopter tour. Doors off flights allow you to feel the heat from the volanco, an amazingly unique experience. Also on the Big Island you have the rare opportunity to swim with wild dolphins, not captive ones.

Hawaii is best known for its beaches and water activities. Surfing is practically a religion in Hawaii, and scuba diving and snorkeling opportunities exist nearly everywhere. In addition, jet skiing, parasailing and kayaking are available in tourist areas.

What to eat and drink in Hawaii

Hawaii isn’t the best place in the U.S. for gambling. Unlike most of the lower 48s, Hawaii is one of the few U.S. jurisdictions with a strict enforced law against gambling of any type. All forms of gambling are illegal in Hawaii, and it isn’t recommended to get involved in any activity of the sort. In fact, promoting gambling to any degree is a class C felony in the state.

When going to the beach/swimming or spending extended periods in the sun, always wear suntan lotion or sun guard to protect your skin from burns. Do not underestimate the Hawaiian sun; the UV ray index gets extremely high throughout the year. UV rays also pass right through clouds, so you can get still get sunburned on cloudy or overcast days.

Be aware that box jellyfish arrive near off shore on beaches throughout the state about 7 to 10 days after the full moon every month. Box jellyfish stings are incredibly venomous and painful, but rarely kill humans. Always listen to lifeguards as they will know about jellyfish conditions and are trained to render first aid for stings.

As is the custom in many Asian countries, always remove your footwear when entering the home of an island resident, if so invited.

Located in the middle of the Pacific Ocean Hawaii has few nearby neighbors.

California – The point of departure for many visitors from the continental United States.

Explore Hawaii the stepping off point to the many islands of the Pacific as well as the countries of Australia, New Zealand and Japan.

Watch a video about Hawaii 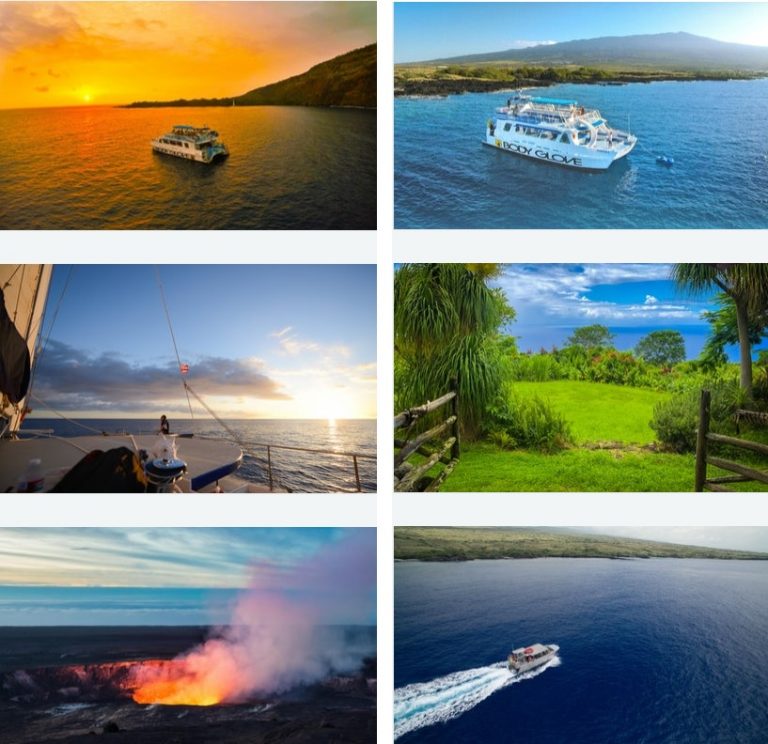