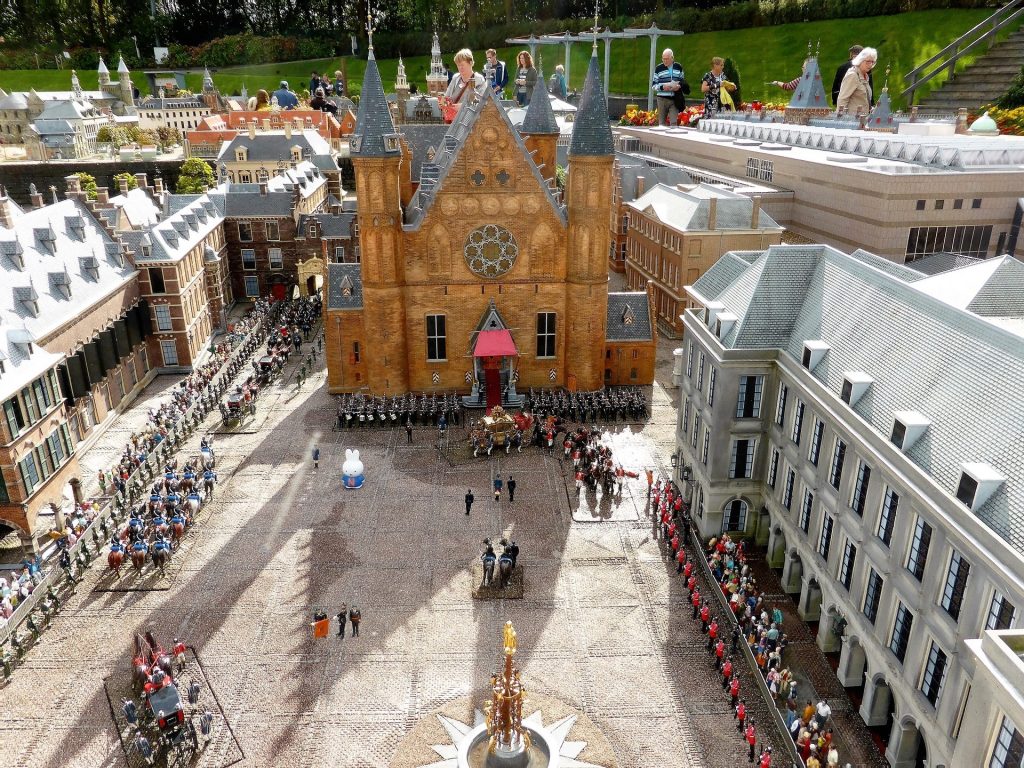 Explore Hague, a city in the province of South Holland in the Netherlands. It is the seat of the Dutch parliament and government, and the residence of King Willem-Alexander, but it is not the capital city, which is Amsterdam. The municipality has about 500,000 inhabitants, with the greater urban area numbering about one million. The Hague lies on the North Sea and is home to Scheveningen, the most popular seaside resort of the Netherlands, as well as the smaller resort of Kijkduin.

The Hague has very little of the edginess and excitement of Amsterdam; however, it provides well for its inhabitants in different ways, such as large areas of green space, 11 km of coastline, attractive shopping streets and an extensive multicultural scene. Rather than having canals like other Dutch cities, The Hague has streets and avenues that are just a little bit wider than those in the rest of the country, giving the city a more continental feel. Instead of the typical Dutch renaissance 17th-century step-gabled houses, it has 18th-century mansions in baroque and classicist styles. The city is considered by many as the stateliest of the country. Just outside the city centre, posh neighborhoods effuse a more 19th century look with eclectic and art nouveau architecture.

The farther you get from the sea front and the city centre, however, the more neighborhoods tend to become less well-off. One dividing line between affluent and sketchier areas is drawn by some at Laan van Meerdervoort, which runs parallel to the seaside. Areas away from the sea tend to have much less in the way of green space.

The Hague offers great architecture, from the picturesque government complex of the Binnenhof, to the grand and stately mansions on Lange Voorhout. Museums like the Mauritshuis rank among the best in the country. For food aficionados, The Hague offers some of the country’s best Indonesian cuisine, due to large-scale immigration from this former Dutch colony. The city also offers good opportunities for outings, such as extensive green spaces for walking and bicycling as well as dunes and seaside recreation areas just a few tram stops away from the city centre. The Hague also offers a few attractions especially appealing to children, such as the miniature city of Madurodam and the 360 degree Omniversum cinema.

Over the past 10 years, the city has undergone an extensive amount of development in the form of modern architecture projects. Recent constructions include the City Hall and Central Library by American architect Richard Meier, De “Snoeptrommel” (known by the locals as Candy-Box) – a round shopping centre next to the old town hall, and a collection of post-modern, brick-clad office towers in between the city hall and the Centraal railway station, which provide new housing for a number of ministries. A major infrastructural development has been the construction of an underground tram tunnel underneath Grote Marktstraat, which is used by regular trams, and a new light-rail system, known as RandstadRail, linking The Hague with the neighboring cities of Zoetermeer and Rotterdam.

A major redevelopment project is in the area around the Centraal railway station. Here, skyscrapers like the 142 m Hoftoren rise up over the city and several other high-rise towers are currently under construction.

The Hague shares an airport with Rotterdam.

What to see. Best top attractions in Haque, The Netherlands

Since The Hague was founded on a former hunting manor, there are a variety of parks and green spaces that are ideal for exploration. Like the majority of cities in the Netherlands, The Hague is extremely bike friendly and it’s easy to get from one place to another on a bicycle if you feel like stepping outside the city center. Scheveningen (and to a lesser extent Kijkduin) is a busy seaside resort filled with boardwalk cafes and close to the dunes. The prime months to get out and see The Hague on foot or by pedal are in the late spring, summer, and early fall months; just note that the beachfront area can get extremely crowded as vacationers from all over Europe come to visit and bask along the North Sea coastline.

The lively and historical centre of The Hague is perfect for a day of shopping. The shopping area around the Spuistraat and Grote Marktstraat is busy seven days a week. Most of the main department stores are located in this shopping area.

Just as Indian restaurants abound in the UK, the Netherlands has an excellent tradition in Indonesian and colonial Dutch-Indies cuisine. After Indonesia became independent from the Netherlands in 1945, the country received a large number of former colonials from Dutch and mixed descent that had been forced to leave the newly independent colony. The Hague received a relatively large number of these people and is still a centre of the Dutch-Indonesian community.

Grote Markt is the place to go for drinks and food when you visit The Hague. Many different bars, restaurants and pubs are located at this unique location, right in the city centre of The Hague.

On “Plein” you will find a variety off nightclubs. Most of the clubs here are actually restaurants that turn into a club on Friday and Saturday night (some clubs are open on Thursday as well). Entrance is usually free, except with special parties. Prices of drinks are quite similar in every club. “Plein” is a little trendier than the “Grote Markt” area so expect girls in fine dresses and boys with casual party outfits. Usually clubs open around 23:00.

Explore Hague, the Netherlands but also get out

Official tourism websites of the Hague

Watch a video about the Hague