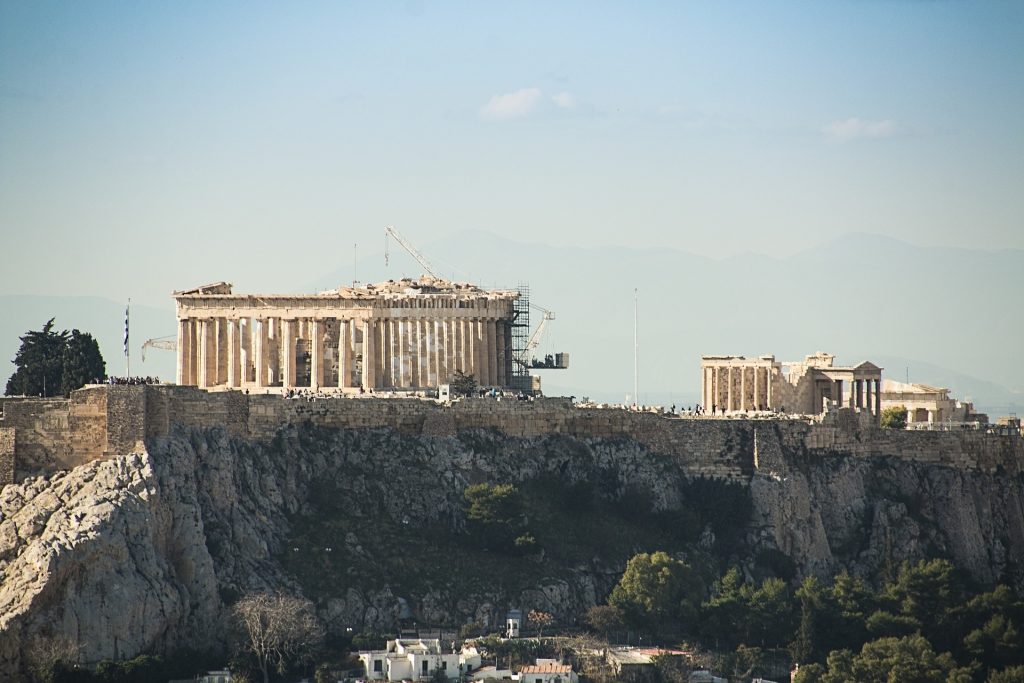 What to know about Greece

Things to know before you travel

Before you travel to Greece, it is advisable to bear in mind the following:

-Depending on your country of origin, you might need a passport and a visa. You could obtain a visa through the Greek consulate nearest to your residence.

-The Electric Current in Greece is 230V AC (50Hz). Appliances from North America require a transformer and British ones an adaptor.

-Contact your phone company in order to make sure that you can use your mobile phone in Greece.

-As a consumer, you are protected by Greek consumer protection law for all transactions you make while travelling in the country.

All enterprises, regardless of their nature, are obliged to issue written receipts for the total amount they receive. Possession of a receipt safeguards the consumer in the event of any claim or dispute with the enterprises.

Greece has the euro (€) as its sole currency.

One euro is divided into 100 cents.

Credit and ATM cards are widely accepted across the country in retail stores, hotels, and travel/transportation agencies (including ferry, airline, and car rental agencies), but are not accepted at some restaurants.

Many ATM machines may not accept 5-digit pin numbers; ATM card-users with 5-digit pins are advised to change their pin to 4 digits before leaving home.

But for minor exceptions (like the Athens Monastiraki district), bargaining is considered impolite and it is quite ineffective.

Greek is the national official language for majority of the population, but English is an understood foreign language in Greece, spoken by more than 50% of its population, followed by French. Italian, German.

Basic knowledge of English can be expected from almost all personnel in the tourism industry and public transport services, as well as most Greeks under the age of 40.

Greeks smoke a lot. While smoking is prohibited by law in all public places like restaurants and cafeterias, however some establishments and most Greeks just ignore this. But definitely avoid smoking in forested areas during the summer time.

According to Greek law, every Sunday of the year is a public holiday.

January 6Th the priests throw the Cross into the sea and young men dive to catch it.

Easter: From Holy Friday until Easter Monday. On Holy Friday evening every church decorates the Epitaph (Bier of Christ). During the procession of the Epitaph the streets of every city or village in the country are full of people. It is a religious procession where everybody holds lit candles in their hands and sings hymns.

Holy Saturday is celebrated at midnight before Easter Sunday with fireworks and candles.

Pentecost: It is celebrated 50 days after Easter.

The nation’s three most important holidays are Christmas, Easter, and the Assumption. Christmas tends to be a private, family holiday, but lights and decorations fill the city streets and squares across the country. Assumption Day is a major summer festival for many towns and islands. Easter weekend is perhaps the most flamboyant of all holidays; religious processions on Good Friday and the following Saturday evening culminate in exuberant fireworks at midnight, Easter morning.

Greece is one of the most popular tourist destinations worldwide, as every year it welcomes more than 12 million tourists.
Over the past several decades, large and small tourist complexes have developed in order to cater to the demands and accommodation needs of every visitor. Most tourist lodgings have been recently renovated and upgraded and now offer high-quality modern facilities.

The climate of all coastal locations is Mediterranean (mild) with plenty of sunshine, mild temperatures and a limited amount of rainfall. The winters are wet and not so cold. The summers are hot.

The mountainous areas of Greece have an Alpine climate with heavy snowfalls. They are cold, damp winters with hot, dry summers with frequent thunderstorms while the lowland areas have a minimum amount of snow and ice.

Since the 1980s, the road and rail network of Greece has been significantly modernized.

The Athens Metropolitan Area has a modern and efficient transport infrastructure. It is home of the Athens International airport and Athens Metro system.

Most of the Greek islands and many main cities of Greece are connected by air. Maritime connections have been improved with modern high-speed craft.

Railway connections are not so much used in Greece, but they too have also been expanded, with new suburban/commuter rail connections

A modern intercity rail connection between Athens and Thessaloniki has also been established. International railway lines connect Greek cities with the rest of Europe and Turkey.

Internet availability is widespread in Greece since the general population uses the internet regularly.  Mobile internet is 3G and 4G and wi-fi connections can be found almost everywhere. In big cities coffee houses usually provide free internet if you ask the waiter for the password.

You can call home (abroad) really cheap using prepaid calling cards which are sold in many shops and kiosks.

It is strictly forbidden to take photos of military installations or other strategic locations. Authorities will take violations quite seriously. Obey signs prohibiting photography. In fact, it would be best not to take photographs of anything of military significance, including Greek navy ships, or of airports or any aircraft, even civilian ones: Greek authorities can be very sensitive about such things. Many museums prohibit photography without a permit; some prohibit only flash or tripod photography, and many ask visitors not to take photos of objects (statues, etc.) which include people standing by them, as this is considered disrespectful. Officials at museums will rush over to yell at you if they see a camera or even a cell phone in your hand.

Greece also has very strict laws concerning the export of antiquities, which can include not only ancient objects but also coins, icons, folk art, and random pieces of stone from archeological sites. Before buying anything which could conceivably be considered an antiquity, you should become familiar with the current laws regarding what can be taken out of the country. Briefly, all objects made before 1830 are considered antiquities and are protected by the Ministry. Do not ever think to export or buy any piece of archeological value because it will be either be a fake or you will be arrested promptly at the airport for trafficking of goods of archeological value.

Greece has some of the strictest, and most strictly enforced, drug laws in Europe, and tourists are not exempt. No matter what anyone tells you, it is most definitely not cool to do drugs in Greece, including marijuana. Furthermore, such a behavior is strongly rejected by locals and will almost certainly cause someone call the Police and have you arrested. Note that even a very small quantity is enough to get you in serious trouble as Greek law makes almost no distinction between use, possession, and trafficking. Don’t even think of offering even the smallest amount of drug to someone else. Undercover cops abound and once caught you are certain to being prosecuted with charges of drug dealing, leading to several years of imprisonment!

Say NO to drugs

Greeks rate politeness with a person’s behavior and not their words. Furthermore, there is an air of informality; everybody is treated like a cousin. They use their hands to gesture a lot. Have fun with this. Sometimes over-emphasizing politeness in spoken language will only make the person dealing with you think you are pretentious. It’s nice to learn basic words like “thank you” or “please”

Greeks generally consider it proper etiquette to let the stranger make the first move. You may find that on entering a cafe or passing a group on the street you feel that you’re being ignored, but if you take the initiative by saying hello first, you’re likely to find that people suddenly turn friendly.

Greeks take leisure very seriously; it is a work-to-live culture, not live-to-work. Don’t take perceived laziness or rudeness harshly. They do it to everyone, locals and tourists alike. Rather than fight it, just go along with it and laugh at the situation. It can be very frustrating at times but also appreciate their “enjoy life” attitude. They do take politics and football very seriously. Do not ever try to open a conversation on these subjects.

Dress codes for churches include covered shoulders for women and knees covered for both sexes. This tends to be lightly enforced during the height of the summer tourist season, simply due to sheer volume. In any case, appropriate clothing is usually available at the entrance of churches and monasteries, especially the ones receiving most tourist traffic. Just pick it up going in and drop it off on the way out.

To “swear” at someone using their hands, Greeks put out their entire hand, palm open, five fingers extended out, like signaling someone to stop. This is called “mountza”. Sometimes they will do this by saying “na” (here) or they will do this with both palms to emphasize and will say “na, malaka” (here, jerk) when the offense is more serious.

It is basically telling someone to screw off or that they did something totally ridiculous.