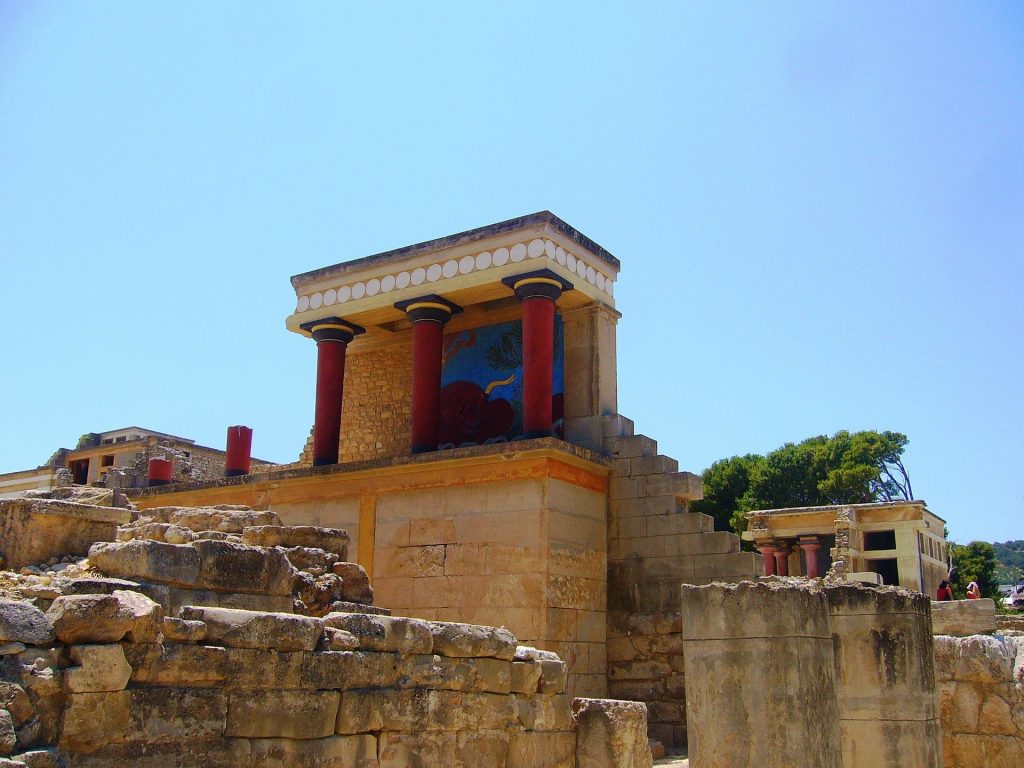 Join us to explore Crete only to find out that Crete simply has it all!

Crete is the largest island in Greece, and the fifth largest one in the Mediterranean Sea. Here, you can admire the remnants of brilliant civilizations, explore glorious beaches, impressive mountain scenery fertile valleys and steep gorges, and become part of the island’s rich gastronomic culture. Crete is, a small universe teeming with beauties and treasures that you will probably need a lifetime to uncover.

Mythology has it that in Crete Zeus, disguised as a bull, took Europa so that they may enjoy their love together.  Their union produced a son, Minos, who ruled Crete and turned it into a mighty island empire of the seas.  In Minoan times, even Attica would pay a tribute tax to Crete, until Theseus, the Athenian prince, killed the Minotaur.  The term “Minoan” refers to the mythical King Minos of Knossos.

The truth behind the myth is the existence of a mighty and wealthy kingdom and of a civilization that is considered the most ancient one on the European continent.

Fossil footprints were discovered left by ancient human 5,600,000 years ago.

Stone-tool evidence suggests that Hominids settled in Crete at least 130,000 years ago. Evidence for the first anatomically-modern human presence dates to 10,000–12,000bc. The oldest evidence of modern human habitation on Crete is pre-ceramic Neolithic farming-community remains which date to about 7000 BC.

In 1450 BC and again in 1400 BC the Minoan Civilization was successively devastated possibly due to the eruption of the volcano of Thera and was eventually led to its decline.  In the wake of the devastation the Dorians arrived to settle on the island.  They were later followed by the Romans.  After the Roman rule, Crete becomes a province of Byzantium until the arrival of the Arabs who occupied the island for an entire century (824-961 BC).  During the Arab domination, Crete became the lair of pirates who were based out of present day Heraklion.

Next, Crete fell under Byzantine rule again until the arrival of the Venetians who occupied the island for approximately 5 centuries leaving their stamp on the island’s culture.  After the fall of Chandakas in 1669, the Turkish Occupation began marked by ferocious and bloody uprisings.  At the end of the 19th century Turkish rule came to an end.  The Cretan State was created with the King of Greece as the island’s High Commissioner. In 1913, Crete was finally joined officially with Greece.

Crete forms a significant part of the economy and cultural heritage of Greece, while retaining its own local cultural traits (such as its own poetry and music).

Crete has its own distinctive Mantinades poetry and many indigenous dances, the most noted of which is the Pentozali, and has a highly developed, literate civilization. Cretan authors have made important contributions to Greek literature.

All the cities are beautiful, impressive and worth visiting

Crete is mountainous, and its character is defined by a high mountain range crossing from west to east, formed by three different groups of mountains:

The island has a number of gorges, such as

There are a number of environmentally protected areas. One such area is located at the island of Elafonisi on the coast of southwestern Crete. The palm forest of  Vai in eastern Crete and the Dionisades have diverse animal and plant life. Vai has a palm beach and is the largest natural palm forest in Europe. The island of  Chrysi, has the largest naturally-grown Juniperous macrocarpa forest in Europe.

Samaria Gorge is a world biosphere reserve and Richis gorge is protected for its landscape diversity.

Knossos was the most prominent center of the Minoan Civilization, one of the magnificent civilizations of human kind. The renowned ancient city with the palace is the largest and most typical archaeological site ever discovered on Crete.  According to tradition, it was the seat of the legendary king Minoa. Apart from being the royal family’s residence, it was also the administrative and religious center for the whole region. The Palace is also connected with thrilling legends, such as the myth of the Labyrinth with the Minotaur, and the story of Daedalus and Icarus.

The eastern wing contains the royal chambers, the double axes room, the queen’s megaron with the dolphin frescos, the workshop areas – where the stone carver’s workshop holds an eminent place – and the storage rooms. At the north entrance is the custom’s house with columns and pillars. To the North West outside the palace are the lustral basins, the theatre and the royal road that leads to the small palace. To the northeast of the main palace you can visit the royal villa and 1 km further to the South is the royal tomb.

Crete has two climatic zones, the Mediterranean and the North African.

Cretan society is well known for notorious family and clan vendettas which persist on the island to date. Cretans also have a tradition of keeping firearms at home, a tradition lasting from the era of resistance against the Ottoman Empire. Nearly every rural household on Crete has at least one unregistered gun. Guns are subject to strict regulation from the Greek government, and in recent years a great deal of effort to control firearms in Crete has been undertaken by the Greek police, but with limited success. When you feel adventurous and want to explore Crete and its hidden gems keep that in mind although the vast majority of people are extremely friendly.

Watch a video about Crete 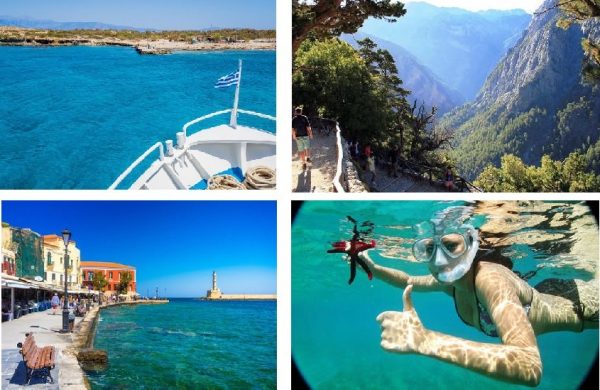