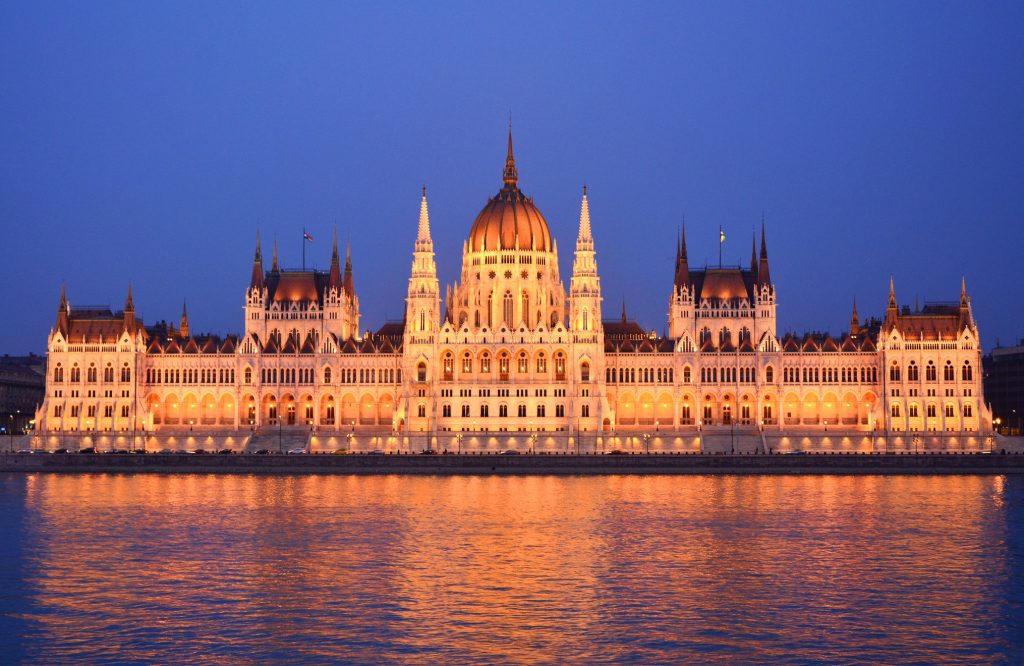 What to drink in Hungary

Egri Bikavér (Bull’s Blood of Eger) (HUF 1000 for a good one) is a strong red Hungarian wine which supposedly saved a clever Hungarian girl from her fate with a Turkish sultan. During the time of the Turkish occupation, it is said a young girl was summoned to become a member of the local sultan’s harem. Not wanting this fate for his daughter, her father gave her a bottle of Egri Bikavér to take to the sultan. He told her to tell the ruler it was bull’s blood, and would make him invincible. The sultan, being Muslim, was unaccustomed to alcohol, and proceeded to pass out, leaving the daughter unharmed. There is another story connected to why Bull’s Blood is called so, and it also comes from the Turkish era. According to that one, the defenders of the different castles used to drink this red wine. When they saw the color on the mouths of the Hungarians, they thought that it must have been from a bull, thus the name.

Tokaj is known for its sweet dessert wines (Tokaji aszú), (HUF 2000 – 6000) which acquire their distinctive taste from grapes infected by the “noble rot” Botrytis cinerea. The favorite tipple of aristocracy, past fans of Tokaji include Louis XIV (who called Tokaj as “The king of the wines, the wine of the kings”), Beethoven, Napoleon III and Peter the Great — which is still reflected in the steep pricing of the best varieties. Almost uniquely among white wines, Tokaj keeps very well for long time.

If new to Hungarian wine, be aware that champagne (“pezsgő”) and wine, red or white, are quite likely to be sweet (“Édes”). If dry wine is your preference, look for the word “Száraz” on the label. When buying bottled wine, don’t bother with types cheaper than 6-700 HUF, as these are usually very low quality (maybe not even produced from grapes). In wine cellars, however, high quality may be available at surprisingly low prices.

In Hungarian, pálinka denotes strong brandy-like liquor distilled from fruit. Pálinka is a very social drink: just as the English drink tea, the Hungarians, especially in rural areas, will offer pálinka to guests upon arrival. The best-known varieties are barackpálinka, made from apricots, körtepálinka from pears, and szilvapálinka made from plums. Factory-made pálinka is widely available, but keep an eye out for homemade házipálinka. Pálinkas usually contain around or above 50% of alcohol, often more for the homemade ones. Pálinka bottles marked mézes will be heavily sweetened with honey. (HUF 3000 for something good)

Unicum is a strong digestif made from a secret mix of over 40 herbs. It comes in striking black bottles emblazoned with a red and white cross, and has a very strong and unusual taste. Unicum Next has a lighter, citrusy flavor, and is rather more palatable. Definitely worth trying, the bottle itself may also be used for decoration and keeps very well for a long time.

Hungarian beer is quite average compared to other Central European countries like Germany and the Czech Republic as it has long been a wine culture. The most common beers are Dreher, Szalon, Borsodi, Soproni and Arany Ászok, available in the styles világos (lager) and barna (brown). All of Hungarian breweries are owned and managed by international brands such as: Dreher Sörgyár (Budapest) – SAB-Miller; Heineken Hungaria (Sopron and Martfű) – Heineken; Borsodi Sörgyár (Bőcs) – Interbrew; Pécsi Sörfőzde (Pécs)- Ottakinger. They cost about 200-300 Forints at a store and 400-600 at a bar. Some expensive clubs can charge up to 900 in Budapest.

Imported beers like Pilsner Urquell, Staropramen and Budweiser-Budvar (the Czech variety) are widely available in bars and markets for not much more than the ubiquitous Hungarian brands.

When offering a toast with beer, be warned that most Hungarians will politely refuse. This is due to an old tradition due to remembering soldiers killed in the 1848 revolution, whereby it was decreed no Hungarian would toast with beer for 150 years. It’s been so long, however, that most Hungarians no longer know the origins of this tradition or that they’ve been free to make toasts over beer for the past ten years.

Cafe culture is alive and well in Hungary, although it may never recover the romance of its turn-of-the-century intellectual heyday. Unless asked, it’s a good idea to specify what kind of coffee you prefer. The word kávé means the strong, espresso like coffee to most Hungarians, although American-style coffee (known as hosszú kávé in Hungarian, usually translated as “long coffee”) is now also available at most places.

Tea houses are now getting popular in cities, especially among the young. There are a growing number of tea houses, mainly in Budapest and some bigger cities where people can buy several types of loose tea. As it is quite fashionable to spend time in a tea house, more and more people will be able to serve good tea even at home. The best teas to go for are the herbal and fruit varieties. In restaurants and cafes, lemon juice is frequently served in a small bottle. In traditional restaurants or cafes however, good teas are hard to find, as coffee and beverages are preferred.

When you ask for a black tea in a budget cafe, frequently Earl Grey is served instead–remember to specify if that does matter for you.

Ásványvíz (mineral water) is widely available and it is good practice to carry a bottle with you during the hot summer.

It should be noted though that as it is the case of most European countries, in Hungary it is safe to drink tap water anywhere, even in ‘remote’ settings. Bottled waters are offered in a large selection, both the fizzy (blue bottle cap buborékos) and still (red/pink bottle cap) water and it is cheap (starts from less than 100 HUF for one and half liter). The only exceptions are trains where the tap water is not drinkable and other places where tap water is labeled as such.