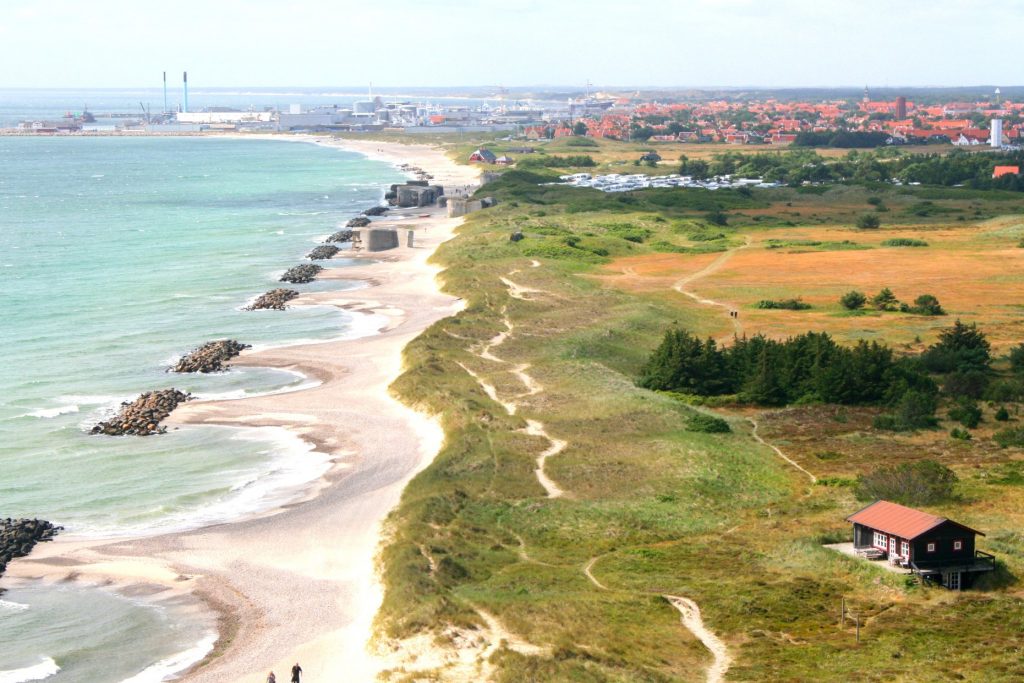 What to do in Denmark

What to do in Denmark? Visit the beaches, with a 7400 kilometer coastline, almost the same as Brazil‘s and longer than India‘s, you are never far from a beach in Denmark. And each summer, particularly the west coast of Jutland, is subjected a veritable invasion of more than 13 million German tourists, usually in the many vacation homes dotting the coast from north to south. And while the weather can be tricky in Denmark, the beaches are world class, with unbroken white sand for miles to an end, if you are fortunate enough to run into sunny weather.

Denmark has a long running and proud tradition in music festivals, dating back to the first Woodstock inspired Roskilde festival in 1972, they have become an all-important fixture of the Danish summer, and there is one to fit almost every age and music preference going on between June and August, and with very impressive attendances considering the country’s size. There are actually too many but some of the most important ones are:

Denmark is teeming with amusement parks, and indeed features some of the most famous in world; Copenhagen’s Tivoli is one of the oldest of such parks in world, and by Walt Disney’s own admission a major source of inspiration for his own Disneyland. Also in Copenhagen, nestled among majestic beech trees Dyrehavsbakken is the world’s oldest operating amusement park, and both of these parks features some of the oldest still operating rollercoasters in the world dating back to 1914 and 1932 respectively, and both receiving the ACE Coaster Classic Award. Just as famous is Legoland in Billund, the largest and the oldest of the now global franchise, with its spectacular miniature LEGO sceneries the star attraction, and a good selection of thrill rides to entertain kids. And while outshined by its world famous rivals, there are four other major amusement parks in the country: Sommerland Sjælland, Bonbonland, Fårup Sommerland, Djurs Sommerland, and a host of smaller ones.

With its large coastline, Denmark offers ample opportunity for coastal fishing – this, however requires a permit that is available from all post offices at a rate of DKK 100+ for a year with no possibility for shorter periods of time. On the accompanying slip, however, you are immediately informed of the allowed seasons and allowed sizes of the most common species encountered on the Danish coastline. Sea Trout is common, as is Cod and Plait, and save for a few inland fjords, water quality and thus fish populations are reasonable.

As for freshwater fishing, Denmark offers a diverse number of streams and brooks (no actual rivers, though), that host Salmon, Brown, Rainbow and Sea Trout (in the season), and Grayling, as well as Pike, Perch and Roach, as do a number of inland lakes which also host Zander, Bream and Tench. Freshwater fishing is a bit more complicated than coastal fishing in Denmark, however, as there is a host of local communities presiding over the rights to fish in the specific waters, usually in agreement with the land owners where the waters are situated if they aren’t owned by the state, but that also means that some stretches of a specific stream or brook may be off-limits, due to the land owner’s ownership. Regulations for seasons and sizes are mandated by the state, but prices and terms for permits are regulated by the communities. Local tourist offices are usually well informed and mostly allowed to sell permits, which may be daily, weekly, monthly or yearly.

Lastly, there is a significant number of “Put-and-Take” facilities that doesn’t require a permit as such, but where you purchase the right to fish for a number of hours, but where the owner of the facility guarantees that there are fish present – usually Rainbow Trout – but whereas many facilities are “self-serve” in the sense that you fill out a form and dump it, and the corresponding payment, in a post box, don’t be surprised if the proprietor comes by at some time to ask if you are in luck, at the same time keeping track of the number and times of the forms, hours and payments that he has collected from the box.

Hunting in Denmark is done on the basis of land owners retaining the right to hunt on their premises and then, possibly renting it out to interested parties, keeping a close check on who hunts where and when.

Thus, whereas it is relevant to note that a general hunting permit is required, hunting is almost exclusively done with people that you know, who have the hunting rights to the land in question, so if you want to go hunting in Denmark, you would most probably need to befriend a land owner or a friend of one beforehand.

Note that Danish weapons legislation is extremely restrictive. Generally any type of weapon is illegal to own or carry anywhere! There are exceptions for hunting and weapons clubs, but this requires a special permit, and outside the shooting area (hunting grounds or club) the weapon must be concealed and not loaded. Many types of knives are also illegal. Weapon types which cannot be used for hunting or shooting contents – such as knuckles – are just outright illegal anytime and anywhere. The fine for carrying an illegal weapon, especially if it is ready to use, may be severe: A heavy fine and possibly some weeks in prison.

Hiking in Denmark is easy as there are many trails all over the country. Many of the trails are interconnected.