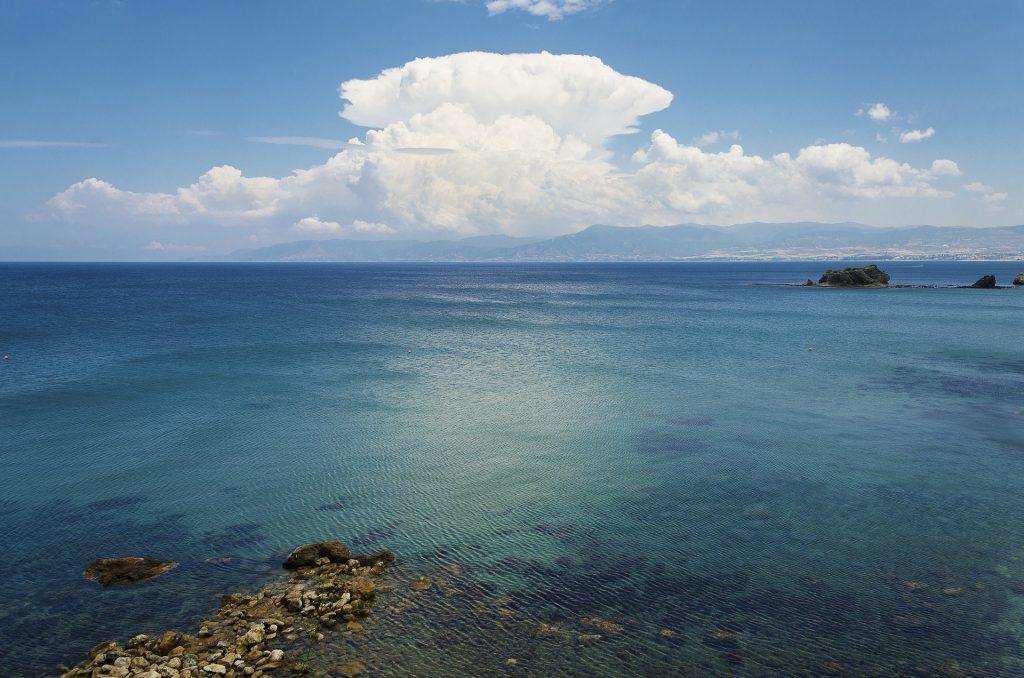 Explore Paphos a city where an air of romance and history carries through its naturally abundant and culturally rich regions. The island’s capital for six centuries, Paphos is like an open-air museum.

With a history dating back more than eight thousand years, Paphos has a wealth of treasures for the visitor. Starting from the Stone Age, Hellenistic and Roman times, Byzantium through to today.

Paphos is renowned as the birthplace of Greek goddess Aphrodite and in the ancient times was the capital and main cultural city of the island. Modern-day Paphos is divided in two, with the upper section up the hill being the commercial center, and lower Kato Paphos containing the main archaeological points of interest and tourist services.

The local municipality has made great efforts in recent years to improve the lower Kato Paphos area, which combines hotels, bars and restaurants along a coastal strip a few km long. There is a newly built front/’promenade’ leading round to the marina and a long coastal path with amazing views – perfect for a morning or evening stroll.

Comprised of its old and new towns, rural villages and picturesque resorts, the region is home to some of the most stunning areas of natural beauty on the island, whilst its many archaeological sites are historically invaluable, with Katos Paphos declared a UNESCO World Heritage Site as a whole.

Centered around the quaint harbor and impressive Medieval Castle, Paphos’ environs then stretch to incorporate the tourist resort of Polis Chrysochous. The pretty and tranquil area – known simply as ‘Polis’ – has expanded to become a sub-district in its own right, and encompasses the beautiful Akamas National Park, Lara beach – which is a breeding site for turtles, and the traditional fishing shelter of Latchi.

Whilst visiting the area, pass by the Baths of Aphrodite, which is located near Polis. Greek mythology tells that the Goddess of Love and Beauty bathed here, and it is one of the enticing sites in the region that trace her story. Her connection with Cyprus begins at the landmark rock formation of Petra tou Romiou (Aphrodite’s Rock/birthplace), where she rose from the waves. From there, make a pilgrimage to her sanctuary at Kouklia.

Further out, the monastery of Agios Neofytos is located in a secluded valley, and was founded by the Cypriot ascetic Saint Neofytos around 1200. The monastery of Panagia Chrysorogiatissa, next to Panagia village, is also significant for its well-preserved buildings dating back to 18th century.

Nestled within Paphos Forest is the breathtaking mountain locality of Cedar Valley. The area is crossed by a country road that unfolds into Stavros tis Psokas, an additional mountain locality that is home to the rare and shy Mouflon (Ovis gmelini ophion).

A myriad of outdoor pursuits can also be enjoyed, further enhanced by religious monuments, wineries and museums, making the Pafos region a haven of nature and culture.

Paphos has more than 50 km of coast, in the district open to the public, and more than 12 blue flag awarded beaches, making, Paphos a place perfect for swimming, diving or snorkeling all year round.

Pomos village, hanging on the cliffs of west coast Cyprus, lies about 20 km afar from Polis Chrysochous, on the way to Akamas nature reserve. It is a laid back village very peaceful and quiet. It is ideal for those wanting to live the authentic Cyprus way of life….

It is the perfect place to combine holidays with a walk through history. Immerse yourself in the archaeology, history and culture of Paphos and experience at first hand one of the oldest divinations of the world.

Get around
Paphos is made up of two areas: a) the lower town or ‘Kato Paphos’, by the harbour and most of the tourist hotels and nightlife and b) the upper town (‘Ktima Paphos’) which is the main administrative, commercial and modern shopping town for the region of Paphos. The market is in the upper town. Both sections are small enough to navigate on foot, although many people take the bus to travel up the hill from the harbour area. Buses are also available to reach Coral Bay, Polis and other local villages. However, it is easier to use a vehicle (bike/quad/car) to travel further into the Troodos mountains, the Akamas peninsula or go off the beaten track to find small villages in the hills. It gets hot and humid in summer (33 deg C and 90% Humidity) between late June and early September, so air conditioning can be welcome in the car then. The rest of the year is relatively mild but there are sometimes colder spells in January & February. Official website of Paphos Cyprus region.

What to See
Paphos Archaeological Park houses a number of attractions, including the House of Dionysos and the House of Theseus, both ruins of large Roman villas famous for their mosaics.
The Tombs of the Kings, whilst not actually the burial place of ancient royalty, is worthy of the name none the less. Within this area land are found the cave-cut tombs of high officials and rich citizens. Although all of the tombs have been plundered, what is left is still a very impressive impression of life (after-life?), back in the fourth century. The larger tombs in this “complex” are awesome, carved out of solid rock and with a view for the inhabitants that would make anyone among the living jealous!
Paphos Fort, at the tip of the marina, is a squat box with a colourful history as a fort and prison under many administrators. The present incarnation was built by the Turks in 1586 and was last actively used by the British. Open daily to 6 PM (in summer.)
Tala Village, found high up north west of Paphos, Tala is a pretty traditional village, now with a large expat population but with beautiful Agios Neophytos Monastery nearby and a good range of popular restaurants.
Episkopi Environmental Centre, Episkopi Village (by local bus or car (or foot)). Episkopi Village is about 10 km NE of Paphos (not the one where British forces are based.) It is a small and interesting old village with winding streets and its renowned cliff face. Situated in the beautiful Ezouza Valley, it is at the lower end of a nature trail from Tsada/Minthis Hills Golf course. In 2013 the old primary school was transformed into an excellent Environmental Centre with films, displays and a garden to demonstrate the local flora and fauna.

What to Do
Paphos Bird Park. A large animal park located north of Paphos.

The Odeon, a classic Greek amphitheatre within the archaeological park, occasionally holds plays and musical performances.

The Paphos Aphrodite Water Park is a large, impressive, and very nicely themed, water park. Plenty of slides to keep all ages amused, as well as lazy river rides, wave machines, and everything else you’ve come to expect from the best water parks.

Walk the coastal path. There is an excellent, paved, coastal path from the Tombs of the Kings site to Geroskipou Beach. For those willing to walk on some slightly rougher ground it is possible to walk all the way from the Airport almost to Coral Bay, with only a few hundred metres along road. A beautiful walk to enjoy the sea breezes and, in spring, the flowers growing by the sea.

Tomb of the Kings, (25 min walk from the harbor). A collection of limestone tomb

Kato Paphos, (Next to the Harbor and main bus stop). The main archaeological site. Well worth a visit to view the mythological mosaics

ATV safari tours through the most adventurous tracks in the island are some of the most popular activities in the area. TT Motorcycle Rentals & Tours and more providers in the area may offer these activites

What to Buy
Kings Avenue Mall offers the more total shopping experience in the city however you can also find interesting to visit Paphos’s old town and walk through many shops and restaurants at the renovated square.

Debenhams shopping centre has a long establishment in the area before the mall and they have available top clothing and cosmetics for sale.

What to Eat
Paphos offers a wealth of dining choices. There are limitless choices from Chinese to Mexican, Italian to Indian. But the jewel in Paphos’ crown is its traditional Cypriot mezze and seafood. Head to the harbour to sample freshly caught fish at one of the many seafood restaurants along the front. Venture into one of the many villages fringing Paphos town for authentic food andgreat atmosphere. Head towards the mountains, or call into Kathikas village where there are a multitude of traditional tavernas.

What to Drink
Accompany any traditional cyprus dish with wine from the Nelion Winery, Vasilias Nikoklis inn offers a variety of local wines starting from Cyprus apperitif zivania, the Refreshing roze, the dry white wine the medium sweet white and red, the ofthalmo and the shiraz.

Get out
The Akamas Peninsula located in the far west of Cyprus. Paphos is the closest major city to this area of outstanding natural beauty. A day may not be enough to explore the deep gorges the wild landscape and the sandy bays. This is an area of great biodiversity and ecological significance. Home to 530 plant species, a third of the total for Cyprus, 126 of which are endemic to the island Cyprus. It remains largely unspoilt to date mainly thanks to its inaccessibility.

The Blue Lagoon located off the coast of the Akamas Peninsula. There are many boat tours with swim stops that visit the stunning clear turquoise water. You can organize a tour leaving from your hotel or drive to Latchi Harbour yourself and hop on one of the tours that usually leave at 10:30 or 1:30.

The Diarizos river valley is an unspoiled paradise for birdwatchers and nature lovers. Drive through Nikoklia village towards the Troodos mountains and enjoy the views. Scenic little villages, family run inns and wineries.

The Ezouza Valley, which can be reached by local bus, is similarly excellent for local birdwatchers and nature lovers. No need for a car; a good place for walking.

Tours to the Troodos Mountains leave Mondays and Thursdays. Depart at 8am and return around 5pm. Prices are competitive and start around €17.

Watch a video about Paphos