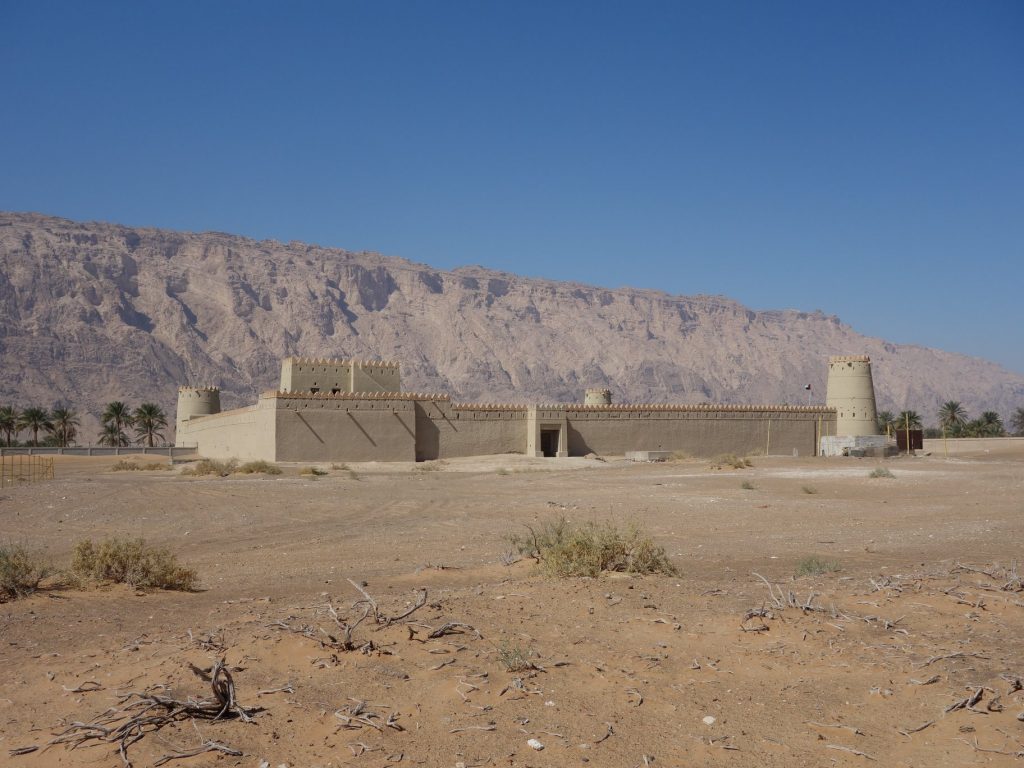 Explore Buraimi the town in Northern Oman and the capital of the Al Buraymi governate.

The town of Al-Buraymi is an oasis town in northwestern Oman, on the border of the United Arab Emirates. An adjacent city on the UAE’s side of the border is Al Ain. Both settlements are part of the historical region of Tawam or Al-Buraimi Oasis. For many decades, there had been an open border between Al-Buraimi located in Oman and Al-Ain. Effective from 16 September 2006, this border has been relocated to an area around Hilli which is around 8 kilometres from the traditional open border. The traditional border near Al-Ain City is now closed to all except to those with valid visas.

Apart from that both are in the area of the Western Hajar Mountains, the surrounding landscape of Al-Buraimi differs from that of Al-Ain, consisting mainly of wide open gravel plains and sharp jutting rocks.

Al-Buraimi is considerably smaller than the adjoining city of Al-Ain and is visibly less affluent. Streets in Al-Buraimi are not named and development could be considered “piecemeal” with large villas often appearing some meters from the roads, and footpaths do not occur away from the main streets.

Al-Buraimi, like the rest of Oman, features many historic forts in varying condition. The largest mosque in Al-Buraimi is the Sultan Qaboos Grand Mosque, named after the Sultan, Qaboos bin Said al Said. There are ruins of ancient hovels and a fort in Al-Buraimi.

Being in the region of the Western Hajar, the area of Al-Buraimi and Al-Ain, traditionally referred to as ‘Tawam‘, is of historical and cultural importance. It is demonstrated to have been inhabited as far back as the Hafit period of the early Bronze Age, and an oasis in this region and Al-Hasa in Saudi Arabia are the most important in the Arabian Peninsula.

Al-Buraimi was part of Oman from early historical times. From around 600 CE, the Azdi tribes of Oman occupied the area. Then Al-Buraimi town was abandoned in the 700s.

What to see. Best to attractions in Buraimi, Oman.

Transport in and around Buraimi is by taxi, which like the majority of taxis in Oman are coloured orange and white. Drivers accept payment in both Omani Riyals(OR) and United Arab Emirate Dirhams(AED).

Buraimi, like the rest of Oman, features many historic forts in varying condition. The largest mosque in Buraimi is the Masjid Sultan Qaboos. “Fossil Valley” found to the East of the Buraimi township contains many fossilised remains of prehistoric sea creatures.

Leaving Buraimi to the UAE now  requires answering a security questionnaire and waiting for approval/clearance. If you wish to explore Buraimi you would want to be a bit more careful than usual when you travel.

Watch a video about Buraimi