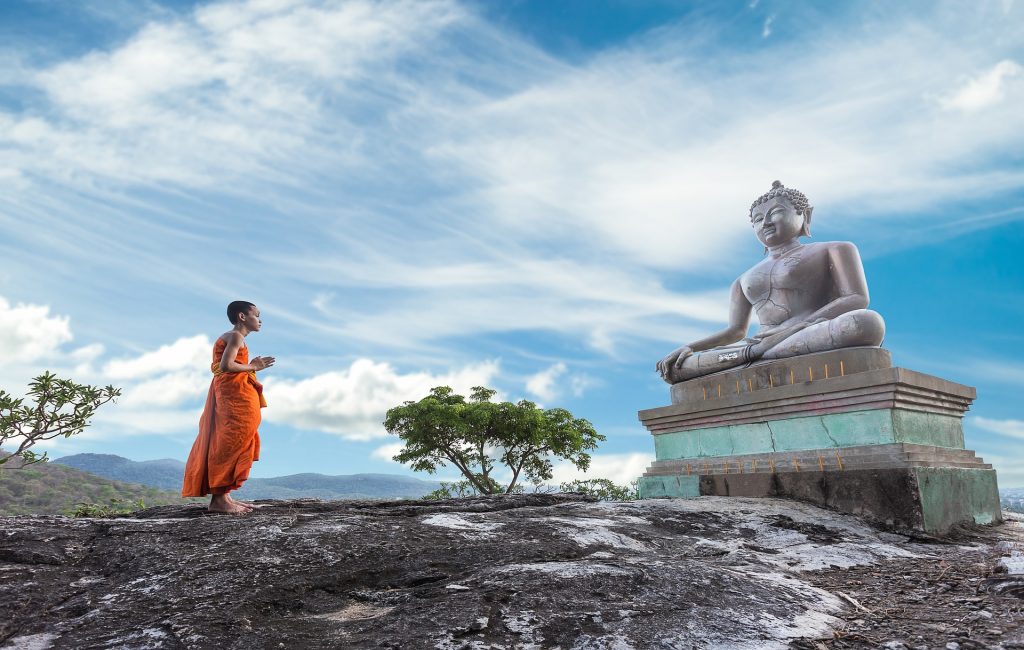 What to do in Bangkok, Thailand

The Tuk Tuk is one of the symbols of Bangkok so there is no better way to explore Bangkok than by whizzing around the streets in one of these iconic three wheeled vehicles. You can pick up a tuk tuk on any street corner (and the price you will be charged could vary hugely) but there are also many tour operators who also run tours which use a tuk tuk as the main form of transport.

There is also a Tuk Tuk hop on hop off service that travelers can pay once and hop around top Bangkok attractions around Rattanakosin, Khao San Road, Dusit, Yaowarat and Phahurat areas.

Cycling in Bangkok may sound crazy, as cycling is deadly dangerous on the main roads, but it certainly is not if you know where to go. Away from the main roads there is a vast system of small streets and alleys. Cyclists are treated as pedestrians, so you can use your bicycle to explore parks, temple complexes, markets and the more quiet residential areas of eastern Bangkok. In more crowded places you can cycle on the pavement. Exploring the town by bicycle has all the advantages of going by foot, combined with a much greater action radius and a cooling breeze.

If you want to experience Bangkok hideaways and countryside, leisurely cycling through green paddy fields, colourful orchid farms, peaceful lotus fields and touched by the charm of Thai way of country life at personal level, bicycle is a great way to do it. There are a handful of specialist operators that offer daily or regular departures to the so-called “Bangkok jungle” (Bang Kachao), a semi-island across the river from Bangkok with few cars or buildings, or through the backstreets of Chinatown. It sounds strange but a cycle tour in Bangkok really is the best way to discover the city up close.

Bangkok On The Run

Cycling is a popular option among tour companies, but there are a variety of running clubs in Bangkok that welcomes visitors multiple times per week for running, socializing, eating and drinking throughout Bangkok and the surrounding areas. These clubs are either free or charge a small, non-profit fee to pay for food and drink served at the event.

Running is a great way to see parts of the city and countryside that you’d never otherwise experience. If you go with a social running club, it’s also a great chance to meet interesting people, eat food you’ve never tried and to make new friends. If you’re interested in seeing countryside, out-of-the-way districts, plantations, jungle and other places you can only go on foot, you might be interested in these clubs:

The Bangkok Hash is the original hash in Bangkok, started in 1977 and running every Saturday (check web site for directions and times). It’s a traditional men-only hash that welcomes male visitors of all ages of the running and walking variety who want to run in interesting areas, drink a little beer and socialize over Thai food afterwards.

The Bangkok Monday Hash, founded in 1982, runs every Monday later afternoon around 17:00 depending on the time of year (check web site for directions and times). It’s a co-ed hash that welcomes all visitors, both runners and walkers, of all ages for a good run, some cold beer and an optional meal afterwards.

The Siam Sunday Hash House Harriers were founded in 1997 as a co-ed, laid back hash that welcomes all visitors (runners and walkers). The hash runs on the first and third Sunday of every month around 16:30 depending on the time of year (check web site for directions and times) and visitors can reliably meet at the Rama VI statue in front of Lumpini Park to catch a ride. Like all other traditional Bangkok hashes, you’re welcome for a good run or walk, some cold beer and an optional meal afterwards.

The Bangkok Harriettes, devised as a female hash, were founded in 1982 welcomes visitors both male and female. The hash runs every Wednesday 17:00 depending on the time of year (check web site for directions and times). Beer is included in the run fee and you’re welcome to move on to an adjacent restaurant afterwards.

Run My City is an upstart event for visitors (or locals) who just want to come out and run parts of the city that are otherwise unseen. There’s no fee and no real rules as the host of each Run My City event sets their own agenda for the group. Run My City: Bangkok runs at least once a month, more based on attendance, with events posted on their Facebook Page. Anyone who can run at least 5-10 km in an hour is welcome to this low-pressure, non-racing running event. Free.

Another great way to see the Chao Phraya River and the original canals of the city is by canal tour. Most of these special boat trips start at the eastern bank of the Chao Phraya and head through the backwaters of Thonburi, taking in Wat Arun, the Royal Barges National Museum and a floating market. More information about these canal tours can be found in the Thonburi article. At 1,000 baht or more, they are quite expensive though; a cheaper and also fun activity is to take the public express boat along the Chao Phraya River. You can get off anywhere between Thewet and Sathon (Taksin) piers as there are many things to see in all those neighbourhoods. You can even go all the way north to Nonthaburi in the morning, enjoy the afternoon in this laid-back traditional urban town and take the boat back around rush hour.

Muay Thai, informally known as Thai Boxing, is both a sport and a means of self-defence. Contestants are allowed to use almost any part of the body: feet, elbows, legs, knees, and shoulders. There are two venues in Bangkok to see this type of sport in action, Lumpinee Boxing Stadium in Silom and Ratchadamnoen Stadium in Rattanakosin. Sessions can take the whole evening, and the more interesting fights tend to happen in the end, so it’s not that bad if you come slightly too late. The playing of traditional music during the bouts is enjoyable as well. A downer is the steep entry fee for foreigners.

Muay Thai venue outside MBK Center every Wednesday (starts at 18:00, lasts until around 21:00), and it’s free.

There is also a local TV station (Channel 7), which has their own little fighting arena near Mo Chit BTR station. It is located on soi Ruamsirimitr street. But just ask people for boxing and Channel (Chang) 7. They will be able to show you the way. Fighting is every sunday. Entry is free, and this particular boxing will be shown and watched in TV all around Bangkok. Also with little knowledge of Thaiboxing you will be fascinated by the locals betting and cheering for their favorite.

There are many cultural performances in Bangkok that shows traditional Thai culture and dance. Siam Niramit in Ratchadaphisek is a truly spectacular performance where more than 150 performers depict the history of each region of Thailand.

Of a completely different order are Bangkok’s famous drag shows. These cabarets generally take about two hours, and besides singing, dancing, glamour and costumes, usually it also has some comedy thrown in.

Bangkok, a city of astonishing contrasts, is a truly amazing city by any standard. The ancient blends with the modern and somehow the combination works in surprising and interesting ways. Likewise with your personal lifestyle, you can choose to get a massage – or learn Thai Massage – at a beautiful Buddhist temple, or you may prefer the modern alternative: an urban health oasis where you are pampered and treated with your choice of therapies or techniques.

The respected Travel & Leisure Magazine Survey ranked Bangkok the world’s #1 city in 2008 and 2010, and after spending some time there, you’ll begin to understand why. The city has so much to offer, the prices are very reasonable, the attractions plentiful and diverse, the shopping superb, and the healthcare simply outstanding. It’s not difficult to find the perfect place to take good care of you, be it a first-rate hospital, a modern dental clinic, or a beautiful spa or wellness centre.

Spas, traditionally, were towns where public baths, hospitals or hotels were built on top of mineral springs so that people could come and make use of the healing properties found in the water and its mud for medical purposes. These days, a spa doesn’t have to be a town built on natural thermal springs. It can be a place anywhere that anyone can go to, to relax in tranquil surroundings with a variety of treatment administered to re-contour and rejuvenate the body and mind.

All self-respecting luxury hotels in Bangkok have a spa that at least offers a traditional Thai massage. Prices are exorbitant, but they offer some of the best treatments in Bangkok. It is worth researching before booking as prices can vary widely between establishments, and various promotions are often available.

The ubiquitous little massage shops found on every street corner in town offer the best value for money, but the smallest range of services, with offerings usually limited to massage only. Particularly Khao San Road and Sukhumvit have plenty of these popular places. It is fairly easy to distinguish legitimate massage shops from more dubious places (where massaging is only a front for prostitution); the real deal will give a typical two-hour massage and will often have a row of beefy farmers’ daughters in white coats working on customers’ feet in public view, while the other kind has wispy girls in evening dresses wearing too much make-up and saying “hello handsome” to every passing male.

Bangkok is a great place to go to the movies. Most cinemas have world-class standards and show the latest Hollywood and Thai releases. Watching Thai movies is a fun night out, as pretty much all of them have English subtitles. They are up to par with the latest technological innovations in the film industry, so expect to wear 3D glasses for some of the latest Hollywood releases, or visit the IMAX Theatre in Siam Paragon.

For other means of entertainment, Ratchadaphisek is a newly created entertainment paradise. Its bowling centers are of a superb standard with some of them resembling the inside of a nightclub. Dance while you play in style. Private karaoke lounges are usually connected to these bowling centers and are available at major hotels. There’s even an ice skating rink and a top-class go-go kart track. As Ratchadaphisek is mostly aimed at the locals, you might want to go to similar venues in Siam Square or Sukhumvit. Musical, cabaret and theater entertainment by Thai performers can be found every night at the Playhouse Theater in the Asia Hotel which is connected to the Ratchathewi BTS station.

Horse Races are held on Sundays at two alternate turf clubs, the Royal Turf Club of Thailand in Dusit and the Royal Bangkok Sports Club on Henri Dunant Road (near Siam Square).

For something completely unique and fun travelers may wish to try Bangkok Bobble Football where you are literally wrapped in a plastic bubble and enjoy a game of soccer/football in a 5 a side format.