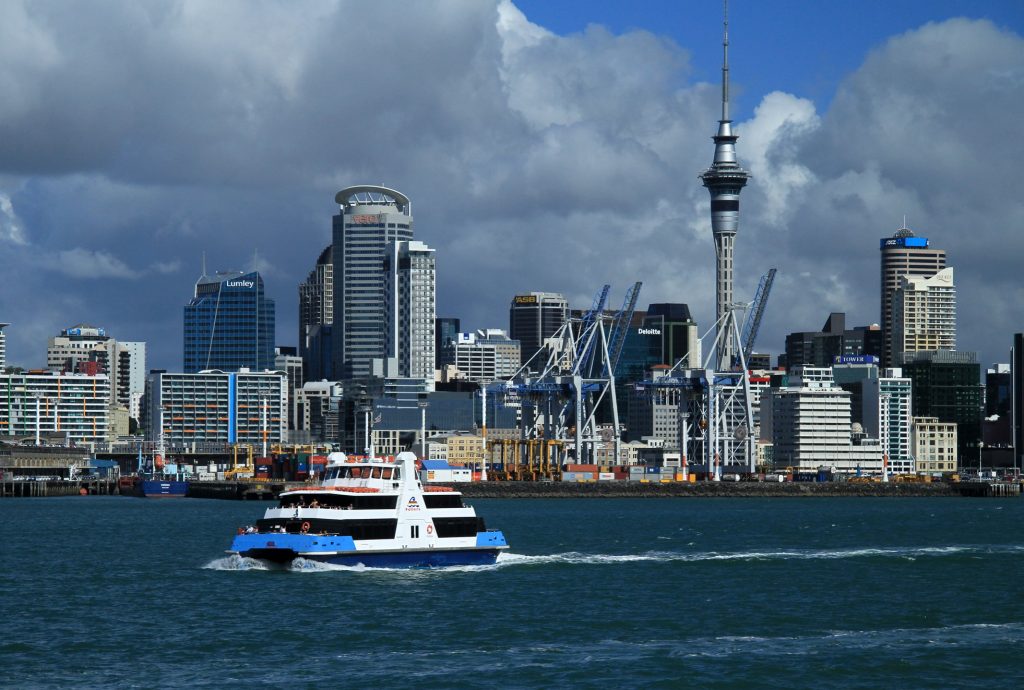 Explore Auckland; the largest metropolitan area in both Polynesia and New Zealand, with a population of 1.45 million. It is in the northern half of the North Island, on a narrow isthmus of land that joins the Northland peninsula to the rest of the North Island.

Auckland is a modern cosmopolitan city and roughly one third of New Zealand’s entire population reside in Auckland.

The city and suburbs have developed within the same time frame and similar urban patterns as California (Los Angeles and Auckland have shared urban planning designs and are sister cities). Today the city and suburbs sprawl over a large urban area, hemmed to the east and west by two large harbors (Waitemata and Manukau) and ocean (Pacific Ocean and Tasman Sea) beyond.

The Auckland area was first settled by a confluence of Māori people of different tribes more than 700 years ago. From 1600 to 1750 the Tāmaki tribes terraced the volcanic cones, building pā (settlements behind protective palisades). Across the isthmus they developed 2,000 hectares of kūmara (sweet potato) gardens. These earthworks are easily seen on Mt Eden – a volcanic hill easily accessible from the CBD.

Dominating the midtown skyline of the CBD is the Sky Tower – an observation, restaurant and telecommunications tower completed in 1997. It is 328m tall, as measured from ground level to the top of the mast, making it the tallest free-standing structure in the Southern Hemisphere.

Auckland is often known as the “City of Sails”  for the large number of yachts that grace the Waitemata Harbour and the Hauraki Gulf. It could also be known as the “City of Extinct Volcanoes“. Much of its natural character comes from the fact that it is built on the Auckland Volcanic Field which consists of about 48 volcanoes. All of the volcanoes are individually extinct but the volcanic field as a whole is not.

Auckland is the largest city in Polynesia. For some Polynesian island nations there are more expatriates living in Auckland than in their homeland. Auckland’s rich Pacific cultural mix is celebrated at festivals and sporting matches.

Auckland is in a temperate climate zone and does not experience hot or cold extremes at any time of year. The summer months are December to March. The sun is very strong during this time and it is advisable to use sunscreen and cover skin from prolonged exposure. April to June brings cooler temperatures and rain toward the end of June which persists through winter until September and October. Westerly airstreams predominate throughout the year and there’s occasional high altitude haze from summer wildfires in Australia; making for spectacular sunsets.

Auckland has its own international Airport.

There are a variety of ways to get around including bus, train, ferry, taxi, shuttle and hiring your own car.

What to do in Auckland, New Zealand

Auckland is surrounded by nature, much of it free to enjoy.

From fashion districts to flea markets, department stores to malls and retail parks – shopping is as much a recreational activity for Aucklanders as watching for the latest sale (discount promotion) is a sport – big retailers are only too happy to oblige – widely advertised sales and offers are announced daily. Competition keeps prices reasonable – although supermarket (food) prices are expensive when compared with some countries in Europe.

ATMs for cash withdrawals are plentiful in high pedestrian areas and at malls.

Bank branches prominently display current exchange rates and many have an exclusive currency window. There are also exchange booth operators in tourist areas. Some tourist or souvenir shops might exchange foreign money for purchases (usually at inferior rates) – otherwise, presenting anything other than $NZ will get you a blank stare.

Hobson Street (at the top end) has a couple of large shops also stocking honey and health products.

Auckland Museum has well stocked shops as does the Zoo. The airport has souvenir items both before and after immigration.

Browns and Fabric, along with Ashley Ardrey for shoes.

Malls offer an ambient environment with good retail options and typically have a food court and cinema multiplex within the facility, if not nearby. Specialist as well as large New Zealand department stores (Warehouse, Farmers, K’Mart), along with large supermarket chains, add scale – many families and teens make malls a destination after school, on late nights and on weekends.

Auckland has a vast selection of eating choices reflecting a diverse ethnic mix.

Auckland is generally a safe place to visit.

Also what to do in Auckland, New Zealand

On your way through the Waitakere Ranges, head to the little beachside village of Piha and be prepared for stunning natural beauty. 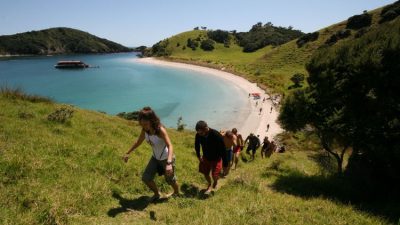