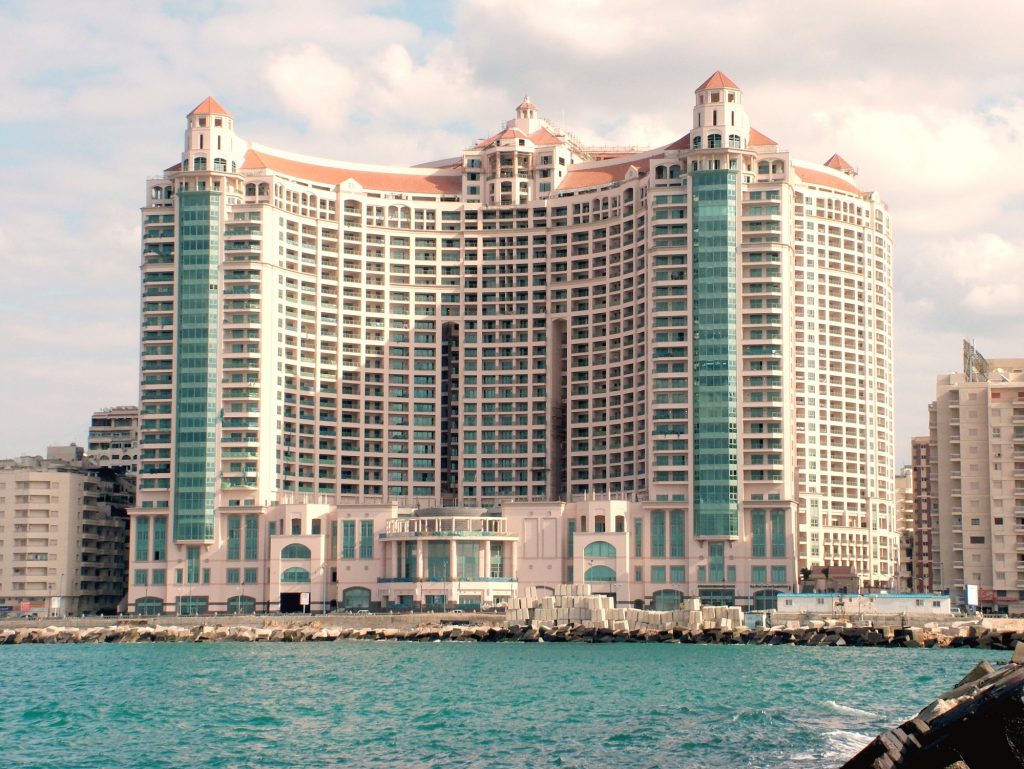 Explore Alexandria, Egypt‘s second largest city (3.5 million people), its largest seaport and the country’s window onto the Mediterranean Sea. It’s a faded shade of its former glorious cosmopolitan self, but still worth a visit for its many cultural attractions and still-palpable glimpses of its past.

Few cities of the world have a history as rich as that of Alexandria; few cities have witnessed so many historic events and legends. Founded by Alexander the Great in 331 BC, Alexandria became the capital of Greco-Roman Egypt; its status as a beacon of culture is symbolized by Pharos, the legendary lighthouse that was one of the Seven Wonders of the World.

The Lighthouse of Alexandria was built in the third century BC by Ptolemy I on the island of Pharos. The height of the lighthouse was between 115 and 150 meters, so it was among the highest structures in the world, second only to the Great Pyramids. The lighthouse was built on 3 floors: a square bottom with a central heart, a section octagonal average and above an upper section. And on the top there was a mirror that reflected sunlight during the day and used fire for the night. But it was damaged by 2 earthquakes in 1303 and 1323.

The Library of Alexandria was the largest library of the ancient world and the place where great philosophers and scientists of that age came to seek knowledge. Alexandria also hosted, at the time, the largest Jewish community in the world, and the Septuagint, the first Greek translation of the Hebrew Bible, was written in the city.

In all, Alexandria was one of the greatest cities in the Hellenic world, second only to Rome in size and wealth, and while it changed hands from Rome to Byzantine and finally Persia, the city stayed the capital of Egypt for a millennium.

Alas, the city’s reign came to an end when the Arabs conquered Egypt in 641 and decided to found a new capital to the south in Cairo.

Alexandria survived as a trading port; Marco Polo described it around 1300 as one of the world’s two busiest ports, along with Quanzhou. However, its strategic location meant that every army on its way to Egypt passed through:

Today’s Alexandria is a dusty seaside Egyptian town with an over-inflated population of 5 million, yet its status as Egypt’s leading port keeps business humming, and tourists still flock to the beaches in the summertime. And while much of the city is badly in need of a lick of paint, history both ancient and modern is everywhere if you peer closely enough: the French-style parks and the occasional French street sign survive as a legacy of Napoleon, one of Alexandria’s many conquerors, and the few remaining Greek restaurants and cafés still dominate the cultural scene.

Alexandria has a Mediterranean climate, with warm humid summers and mild rainy winters.

Alexandria’s primary promenade is the seaside Corniche. At the western tip lies the fort of Qait Bey, built near the presumed site of the former Lighthouse, while the eastern shore sprawls for miles on end with the slums and tenements of modern Alex.

Alexandria is easily reached by plane, train or bus.

What to do in Alexandria, Egypt

Alexandria is famous for having the best seafood restaurants in the country.

50 years ago a maze of bars and nightclubs filled the city, but visitors to today’s Alexandria often complain that it can be hard to find a decent watering hole.

Hotels and most tourist restaurants throughout Alexandria and most of Egypt are home to bars and discos.

The humble ahwa, serving up coffee, tea and shisha (water pipe) is an Egyptian tradition and there are plenty to be found in Alexandria as well. Try a puff, play a little backgammon or dominoes, and watch the world pass by. These are largely a male domain though, and women will rarely been seen in them.

In addition to local options, there’s a Starbucks in San Stefano Grand Plaza and a Costa Coffee near Stanley Bridge.

Alexandria is a conservative city, so women should cover their shoulders, midriffs, cleavage and legs. Cover your head when entering places of worship.

Watch a video about Alexandria, Egypt