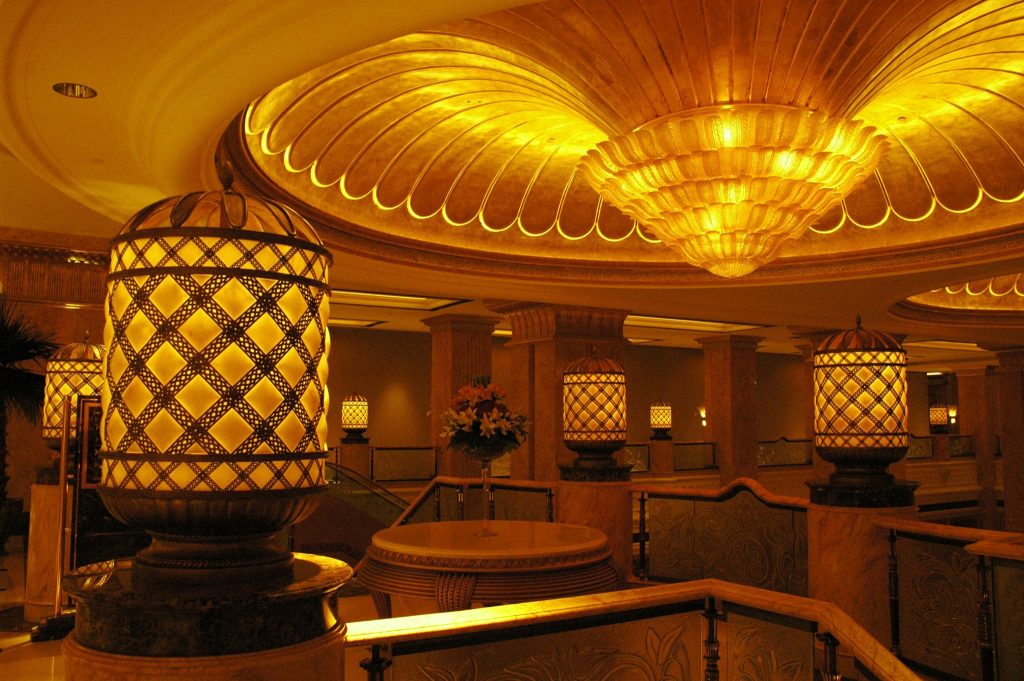 Explore Abu Dhabi  the federal capital and centre of government in the United Arab Emirates.  Abu Dhabi is the largest city of the Emirate of Abu Dhabi and one of the most modern cities in the world.

With a population of just under 1.5 million, Abu Dhabi is the headquarters of numerous oil companies and embassies. With only 420,000 citizens in the entire emirate, each has an average net worth of USD17 million! The city features large gardens and parks, green boulevards lining all the streets and roads, sophisticated high-rise buildings, international luxury hotel chains and opulent shopping malls.

Long viewed as a staid bureaucratic outpost entirely lacking in neighboring Dubai‘s pizazz, things started to change radically in 2004 after long-ruler Sheikh Zayed passed away and his son Sheikh Khalifa took over. In a bid to attract tourism and investment, land sales to foreigners were allowed and restrictions on alcohol were loosened.

Several massive projects are also under way. Yas Island hosts Abu Dhabi’s Formula 1 track and the new Ferrari theme park, while the upcoming USD28 billion cultural zone of Saadiyat Island and its centerpieces the Guggenheim and Louvre Museums. It remains to be seen how well the strategy will work but the city is certainly experiencing a construction boom.

The core of Abu Dhabi is a wedge-shaped island connected to the mainland by the Maqta and Musaffah bridges. The wide end of the wedge forms the city centre, with the Corniche running along the coast and a road variously known as Airport Rd or Sheikh Rasheed bin Saeed al Maktoum St running lengthwise out to the bridges.

Abu Dhabi has a hot desert climate. The best time to visit the city is in the so-called “winter” from November to March which ranges from moderately hot to mild.

Abu Dhabi International Airport is the UAE‘s second busiest airport (after Dubai) and the home base of Abu Dhabi’s flag carrier Etihad. Launched in 2003, Etihad Airways has been expanding rapidly and now flies to every inhabited continent from the United Arab Emirates, and its services (particularly on long-haul flights) are remarkably good in all classes.

Abu Dhabi offers little in the way of historical or cultural sights but it certainly isn’t lacking in attractions and many of them are free.

Abu Dhabi is a compulsive shopper’s dream. There are several malls, most of which have the same stores as other malls. Besides establishments aimed at locals, malls also include popular foreign chain stores, as well as designer places. Many visitors will be surprised at the female fashion dichotomy – while local custom calls for women to be covered in public, most stores sell short skirts and halter tops alongside the more sedate floor-length skirts and high-necked shirts.

General discount season – end of the year and midyear. These are the time where you can get some branded items with a very low price, maybe last season stock.

Although Abu Dhabi hosts to a wide range of palates and ethnicities, there isn’t much variety when it comes to cuisine. Indian food is relatively cheap, and there are a few Chinese chain restaurants with reasonable prices. Hotel restaurants are usually the most expensive. The city is home to all manner of fast food like McDonald’s and Hardees, but there is little call for most people to eat at those places.

The fun thing about Abu Dhabi is that everywhere, literally from tiny falafel shacks to the cushy hotel restaurants to Burger King, delivers to anywhere in the city. Delivery is quick and reliable, and usually doesn’t cost extra.

Vegetarians will find the city’s selection of meals very satisfying. Vegetable and bean-heavy native dishes, the array of splendid pure vegetarian Indian cuisine, and the ready availability of fresh salads make eating in Abu Dhabi a stress-free experience. Strict vegans may have a little difficulty communicating their precise demands, but most places offer vegan dishes and are always willing to accommodate a paying customer. The best choice for pure Vegans would be one of the many Indian veg restaurants like Evergreen, Sangeetha in Tourist Club area.

Visitors should always check the Islamic calendar to determine whether they will be visiting during the month of Ramadan. Since Muslims fast during daylight hours, restaurants are, by law, closed during the day. It is also against the law to eat or drink anything, even water, in public and tourists (and non-Muslim residents) have been arrested and given fines. Large hotels generally have one restaurant open during the day to serve meals to non-Muslims. During the evening, however, it’s quite a different story, as the festive atmosphere of iftar (breaking the fast) begins and residents gather for lavish, Thanksgiving-like meals. As long as you don’t mind tiding yourself over in private, the evening meals are magnificent.

Only restaurants located in hotels are allowed to serve alcohol. Therefore, all nightlife is associated with hotels. The drinking age is 21, but most places don’t care. Unlike some other Middle Eastern nations, the bars in Abu Dhabi will be able to accommodate most drink orders.

Watch a video about Abu Dhabi